Before Club Condesa is torn down by developers, the former women’s-only pool has been turned into a pop-up exhibition space

Artists in Mexico City have taken over a disused historic pool and turned it into a pop-up art gallery, months before the facility is due to be torn down to make way for a new mixed-use development.

Formerly known as Club Condesa, the pool opened in 1940 to house Mexico City’s first women’s-only swim club and became co-ed in the 1960s, counting an estimated 250 members at its peak. But maintaining the property at Tlaxcala 103 became nearly impossible for its owners as larger fitness centers moved into the now trendy neighbourhood of Roma Sur. The club closed in 2015, and the building was bought by a group of private developers including Antonio Cordero, who wanted to repurpose the space before it is torn down. Together, Cordero and the curator Angelica Montes created the exhibition Thresholds of Time, which includes the work of nearly 50 local and international artists. 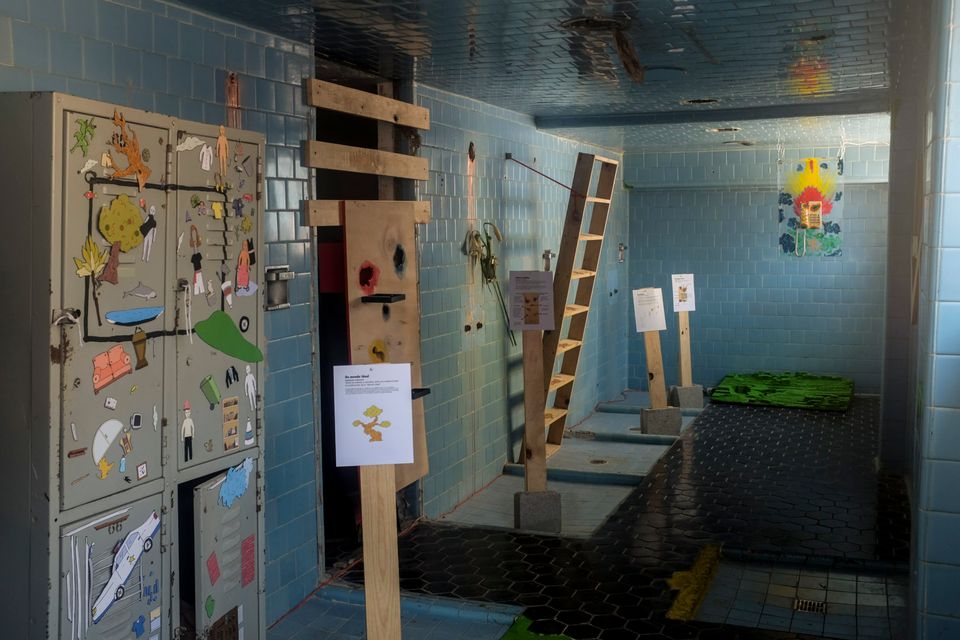 For Montes, the show is a way for more people to see art in Mexico, a country known for its history of public art by Mexican muralists like Diego Rivera and David Alfaro Siqueiros. “If there is a protagonist here, it is art and space,” Montes says in an interview at the club, where communal spaces like the locker room and the pool are now used to display works. “Our idea is that art belongs to the people. Art should be outside of galleries, outside of museums.”

Working in a space that once served as an epicentre for women in Mexico was also a source of inspiration for Montes. “They were revolutionaries in their time for the way they thought,” the curator says, noting the club's facilities opened to women even before they gained the right to vote in 1947.

Montes said that the work on show functions as both an homage to the swim club and as a farewell. “Mexico City is alive because it devours places and turns them into other things,” Montes says. “It’s inevitable that the city grows and transforms and topples to create room for something else.” But the goal of the exhibition is for the club’s history not to fall into oblivion, she adds. "You can't forget a place like this, it can't go unnoticed," she says. 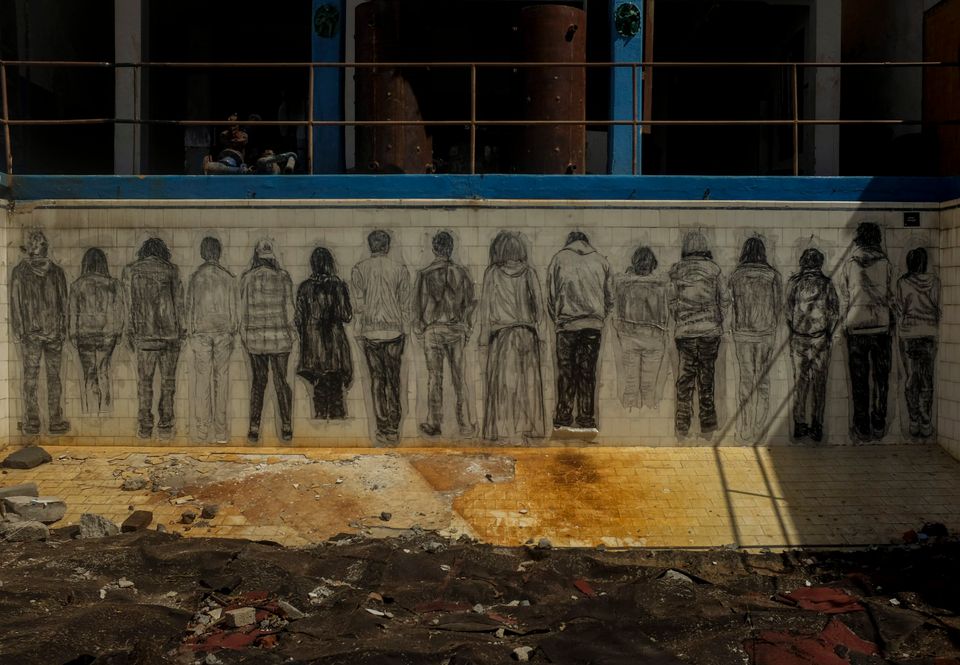 “If there is a protagonist here, it is art and space,” Montes says. “Our idea is that art belongs to the people. Art should be outside of galleries, outside of museums.”

Following on this theme, a variety of the works are made using recycled materials—including doors, windows, oil drums, and gas tanks— and frequently incorporate the swim club’s features and furniture. These include an electrical switchboard painted with a portrait of the inventor Nikola Tesla by Rafael Cauduro, an artist known for his prominent mural on Mexico’s Supreme Court building; a landscape painted on lockers by another local artist Mauricio Vega; and a photography display by the Los Angeles-based artist Olivia Barrionuevo, installed next to an old snack shack. Valerian Lenud, a street artist from France who has created a stencil work on the grounds in collaboration with the Mexican artist Dario Romo, says he was attracted to the ephemeral quality of the space and exhibition. “We made a work that at some point will stop existing as well.”

The exhibition, which has attracted some 2,500 visitors to invitation-only events since it opened on 15 May, will run until December. From 29 June, the space will to the public on Thursdays from 11am to 6pm, with guided tours available by appointment on Fridays and Saturdays.