On the eve of Art Basel in Hong Kong’s private view on Wednesday, the Beijing-based artist Huang Rui took to the streets of Central for a paint-splashed performance about the cyclical nature of history. The piece was a tribute to Lee Wen, the pioneering Asian performance artist who died early this month.

Huang is also in town for a 40th anniversary exhibition of the Stars Art Group (Xingxing) at 10 Chancery Lane’s stand at the fair. In 1979, the group of 12 avant-garde artists mounted an unofficial exhibition on railings outside the China Art Gallery (now the National Art Museum of China) in Beijing, and marched to protest against artistic repression in the country. The exhibition is considered a pivotal moment in Chinese contemporary art. 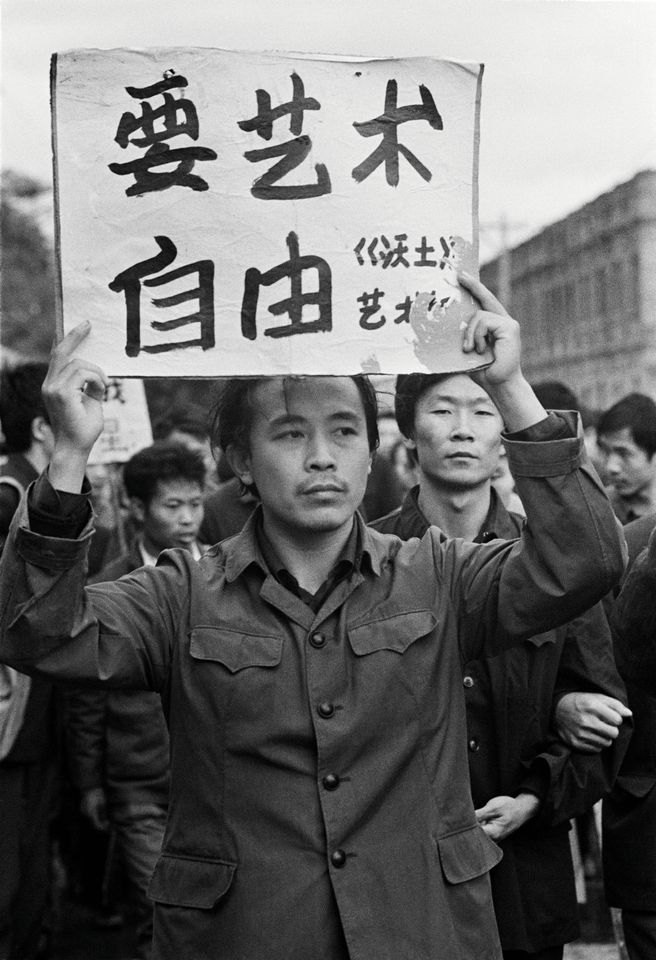 The fair display features documentation of the events and some of the original works, plus new pieces by Huang and fellow Stars Wang Keping and Ma Desheng. It also includes images from the time taken by the photojournalist Liu Heung Shing.

“We chased artistic freedom then, and there’s still very little of it now,” Wang says. The group, which disbanded in the 1980s, also included Ai Weiwei, Zhang Wei and Zhao Gang. “This show is like a museum, in ways that other booths [at the fair] are not, with both history and art,” Wang says. The artist’s works are also on show at 10 Chancery Lane’s gallery in Central (until 11 May).

“After 40 years, China has not changed,” Wang believes. “A lot of art quickly becomes dated, but ours has not. Free expression is still being suppressed.” 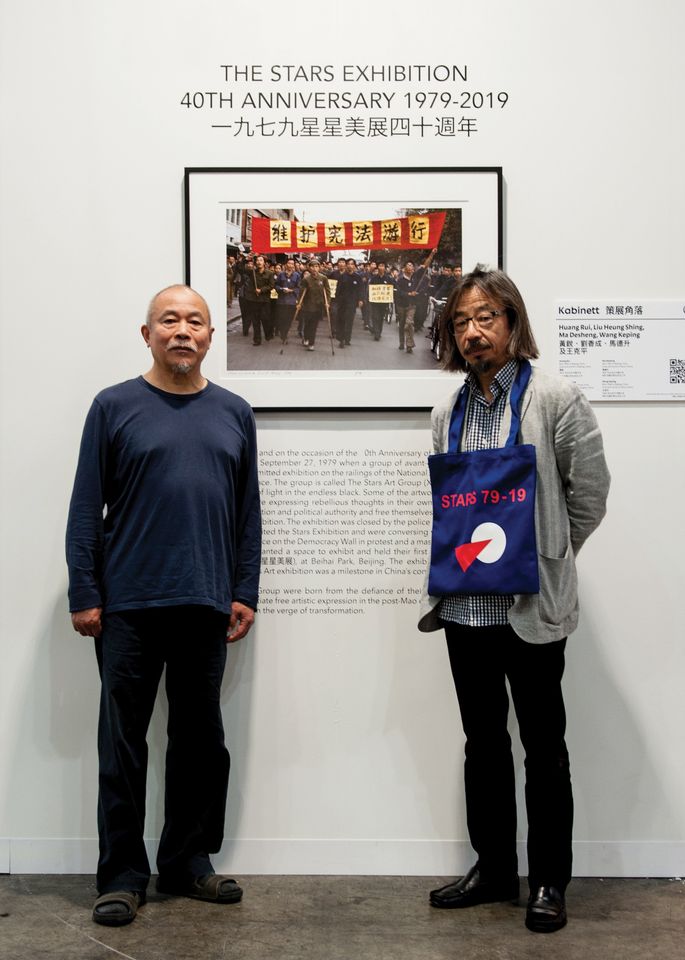 Not everything has stayed the same, however, such as Beijing’s once-lauded independent scene, Huang says. “At that time, there were a lot of interesting people around artists, like poets and musicians. At the same time, Deng Xiaoping’s movement for Reform and Opening Up gave us a certain confidence, and sometimes confidence was all we had.” He blames the commercialisation of the arts for the scene’s dissolution. “That little society of ours just broke.”

Huang says that the rapid gentrification of Beijing is eroding its cultural energy. “So much has been torn down, the markets and restaurants are all gone, the government says it doesn’t want those things. It tells us what we should want. Now Beijingers can’t eat youtiao [fried pastries] anymore [because the street vendors have been forced out of the city]. If you can’t have that basic culture, you can’t have any culture.” Huang says that he has made an unofficial bargain with the government. “I do my own thing, which the government feels helps them develop Beijing’s culture. I curse at the government, and curse at Beijing, but I have lived there for so long that it’s hard to leave.”

Comparing Beijing with Hong Kong, Wang says: “Hong Kong had freedom, and is losing it. We never had any freedom. And now Hong Kong is becoming just another part of mainland China.”