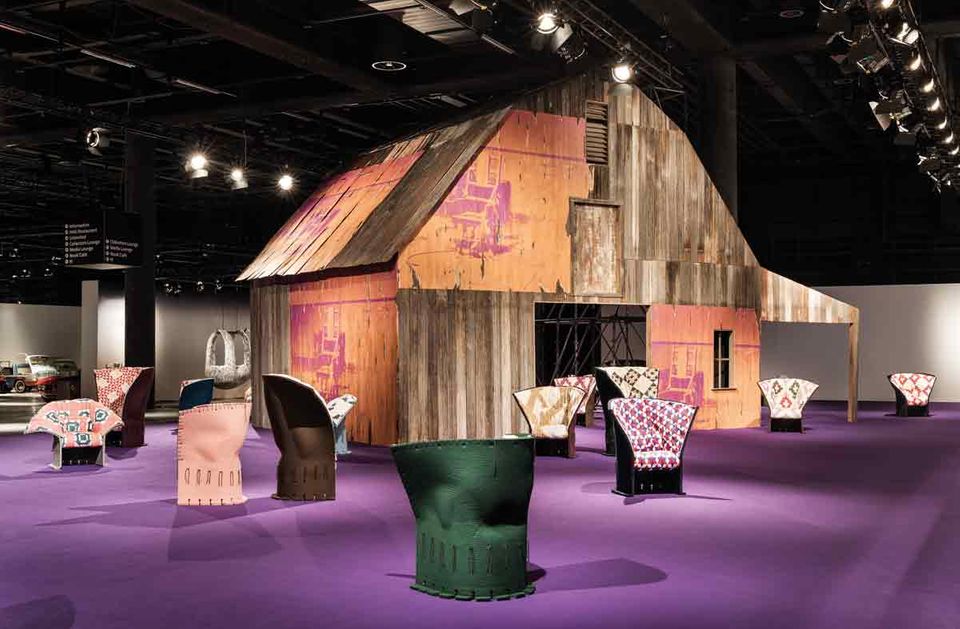 Not your average rodeo

Yee-haw! Country girls and guys can get down in an all-American barn installed at Design Miami/Basel by none other than Calvin Klein. This special installation by the US fashion titan, reconstructed from reclaimed 19th-century wood, is one of several built for the Calvin Klein Fall 2018 runway show. The rustic reconstruction is decorated with images of Andy Warhol’s Electric Chair and surrounded by Cassina Feltri armchairs, designed by the Italian architect and designer Gaetano Pesce (More than 40 armchairs sold during the VIP preview). Late last year, Raf Simons, the creative director at Calvin Klein, entered into a four-year licencing agreement with the Andy Warhol Foundation for the Visual Arts that will allow the fashion brand to use Andy’s images (in return, the foundation gets a chunk of funding for its endowment). Sounds like a marriage made in cowboy heaven. 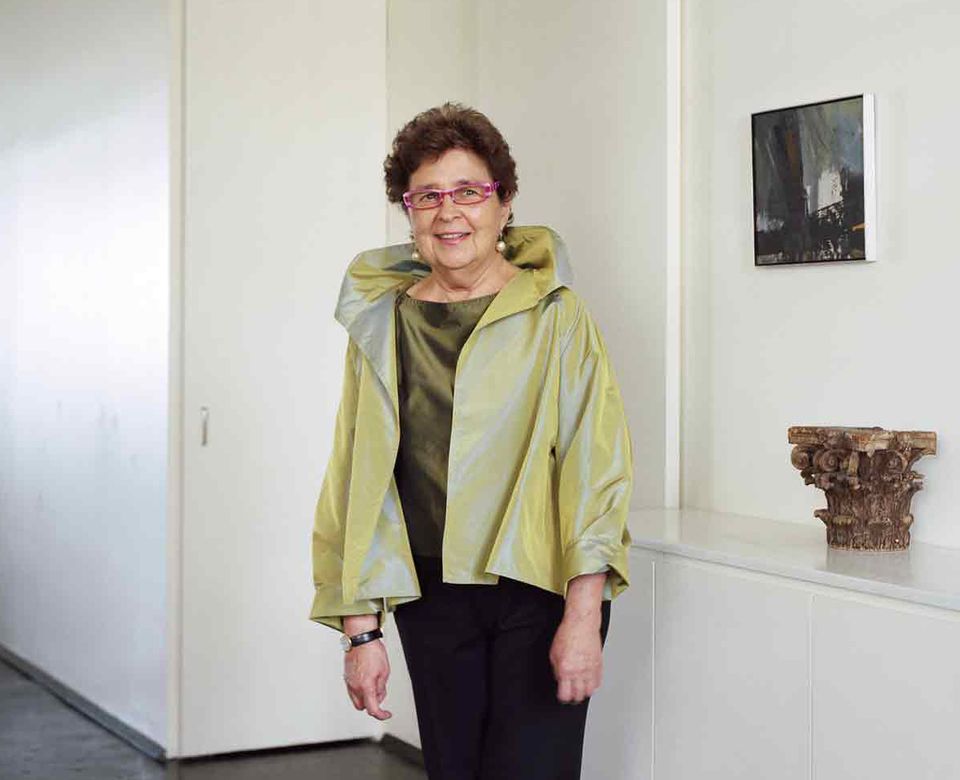 We would like to wish one of the art world’s most venerable gallerists, Marian Goodman, a happy 90th birthday. Photographs posted on social media show that the New York-based dealer was treated to a huge birthday bash last week at the Palace of Versailles outside Paris. One commentator uploaded a picture of fireworks cascading over the plush chateau once inhabited by Louis XIV; #whatanight featured among the hashtags. In 1977, Goodman opened her gallery in New York with an exhibition of James Lee Byars and Marcel Broodthaers. At Basel, her gallery is showing works by Jeff Wall and Nairy Baghramian, among others. Many happy returns. 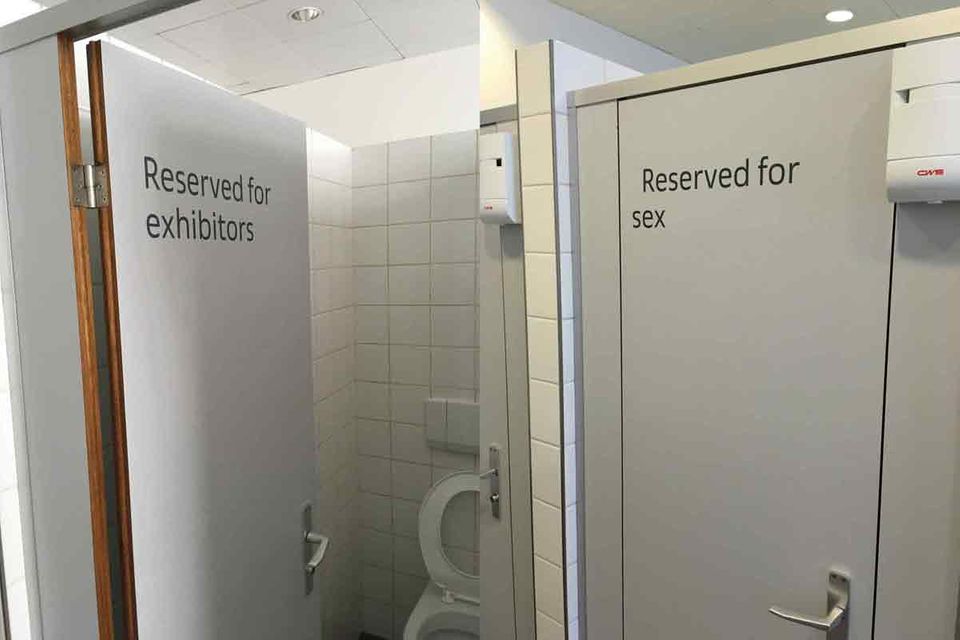 The original door (right) and the edited version (left)

For fair-goers with no reservations

Keeping with today’s scatological theme, the toilets in the main fair have a cubicle reserved especially for exhibitors, lest the collectors and the public occupy all the stalls, leaving exhibitors cut short when they need to take a comfort break. But during yesterday’s installation at Art Basel—when technicians, dealers and artists were hard at work—someone had cheekily customised one of the cubicles for another type of, shall we say, activity. 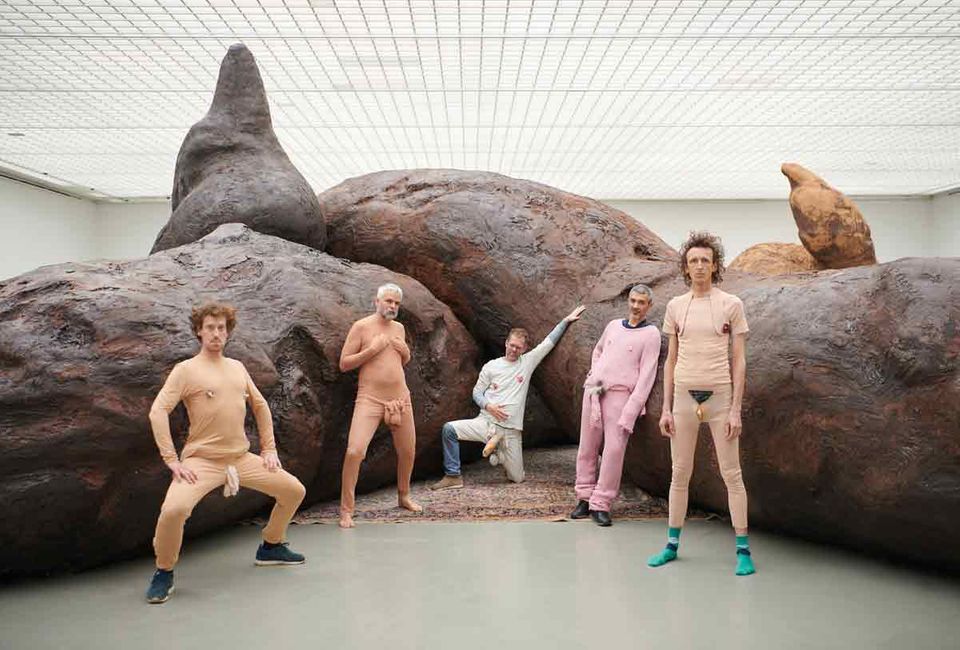 An exhibition of faecal matter on show at the Museum Boijmans van Beuningen in Rotterdam is making people think about the taboo subject of turds. These enormous excrement pieces—part of the show Vorm, Fellows, Attitude (until 12 August)—were made by the Vienna-based art collective Gelitin. Visitors can, if they wish, dress up in special naked suits to admire the four poo-inspired sculptures (it is all about going back to basics apparently). “This is a show for all who think that contemporary art is shit,” Gelitin says. “They should come and see this shit show. They will be satisfied.” The art collective is showing the work Untitled (2018) at Art Basel this week with Massimo De Carlo gallery (the piece is a mirror work; visitors should be relieved to hear there is no poo on the stand). 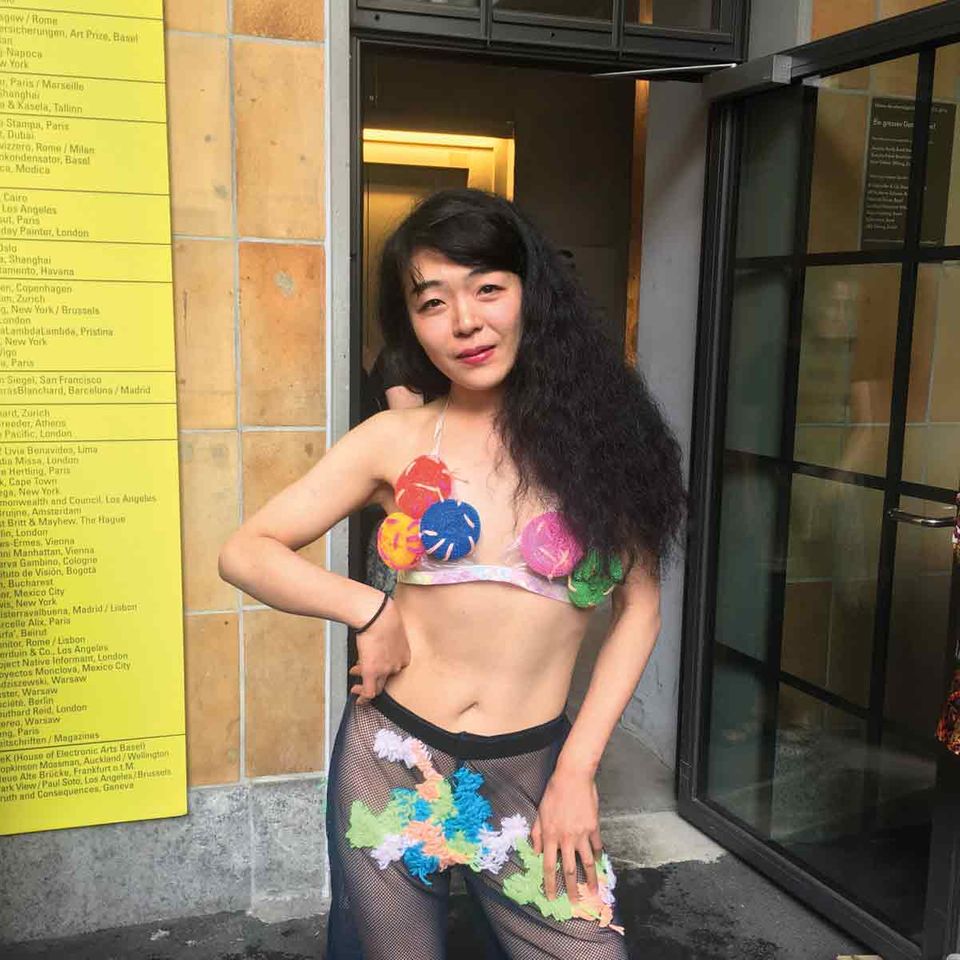 No sleep till… Basel

At the opening of Liste art fair yesterday, the Japanese artist Urara Tsuchiya caused quite a stir with a catwalk performance featuring scantily clad models on the stand of London’s Union Pacific gallery. Some of the more upstanding collectors did not know where to rest their eyes. The performance accompanied Tsuchiya’s intimate ceramic bowls, which on closer inspection featured orgy scenes between humans and other creatures. The artist herself took part in the catwalk despite her exhausting train journey of more than 24 hours from Glasgow to Basel via London, Brussels, Cologne and Frankfurt. One of her new large-scale ceramic pieces could not be shipped in time for the fair’s opening and was too big to carry on the plane. So, the plucky artist decided to board a train in London at 4am to begin her odyssey. From courier to catwalk model in just a day!