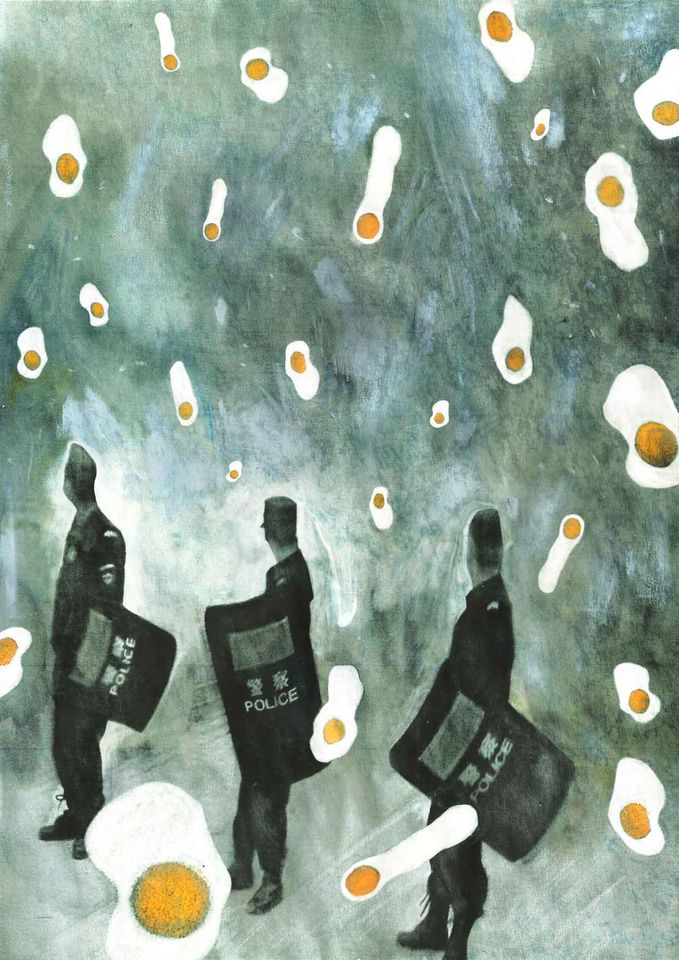 Hong Kong artists based in Europe are launching an online art platform to mark the first anniversary of the territory’s pro-democracy protests and raise awareness among the international artistic community of the looming national security law imposed by Beijing.

Entitled Silence is Compliance, the platform will launch on 12 June with live-streamed performances and an online gallery showing works primarily by Hong Kong artists and creatives. A visual essay will illustrate the city’s protests against the now-withdrawn extradition bill from various angles through the lens of artists, researchers and local people. The project is led by Young Blood Initiative, an organisation operating from Amsterdam, London and Berlin, in collaboration with the We Are HKers website and Hong Kong-based publishing collective Zine Coop.

The new platform comes after more than 1,500 cultural workers in Hong Kong signed a petition at the end of May expressing “shock, worry and anger” that China’s new national security law will further erode the city’s autonomy and restrict creative freedom.

“It has shaken many of us. Hong Kong is at the forefront in the global fight against totalitarianism,” Candy Choi, the founder of Young Blood Initiative, tells The Art Newspaper. The project has been put together by a team of eight, and features works by more than ten artists including Bettina Fung, Niccolo Masini, Boms and Jaffe T as well as writers and researchers.

Choi believes that art, as a universal language, helped convey the emotional trauma that Hong Kong people have experienced during the political turmoil, and it can also spread the word and document ongoing events. “I hope the international artistic community can join us,” she says.

As Chinese authorities finalise the details of the national security legislation, Hong Kong creatives abroad have bigger responsibilities, Choi says. However, she fears the group and their collaborators might not be able to return to Hong Kong after launching Silence is Compliance, because their personal safety will be at risk.

“I told my aunt last week that I wanted to do this project. She cried and asked me to be very careful. My parents accepted that I will not be able to go back to Hong Kong. They respected my decision [to do] this. They said next time, we could only meet in Taiwan,” Choi says.

Britain handed over the sovereignty of Hong Kong to the People’s Republic of China on 1 July 1997, under the framework of “one country, two systems”. The city was promised 50 years with no change in its systems including civil liberties and the rule of law.

On 28 May, the National People’s Congress in Beijing approved a plan to enact a national security law that would prohibit secession, subversion, terrorism and foreign interference in the city, bypassing Hong Kong’s legislature.

The move drew severe criticism from the United States, where President Donald Trump declared that “one country, two systems” was no longer in place and directed his administration to revoke Hong Kong’s special trade status under US law. The UK prime minister Boris Johnson also vowed to offer a path to citizenship to nearly 3 million Hong Kong residents eligible for a British National (Overseas) passport, if Beijing presses ahead with the national security law.