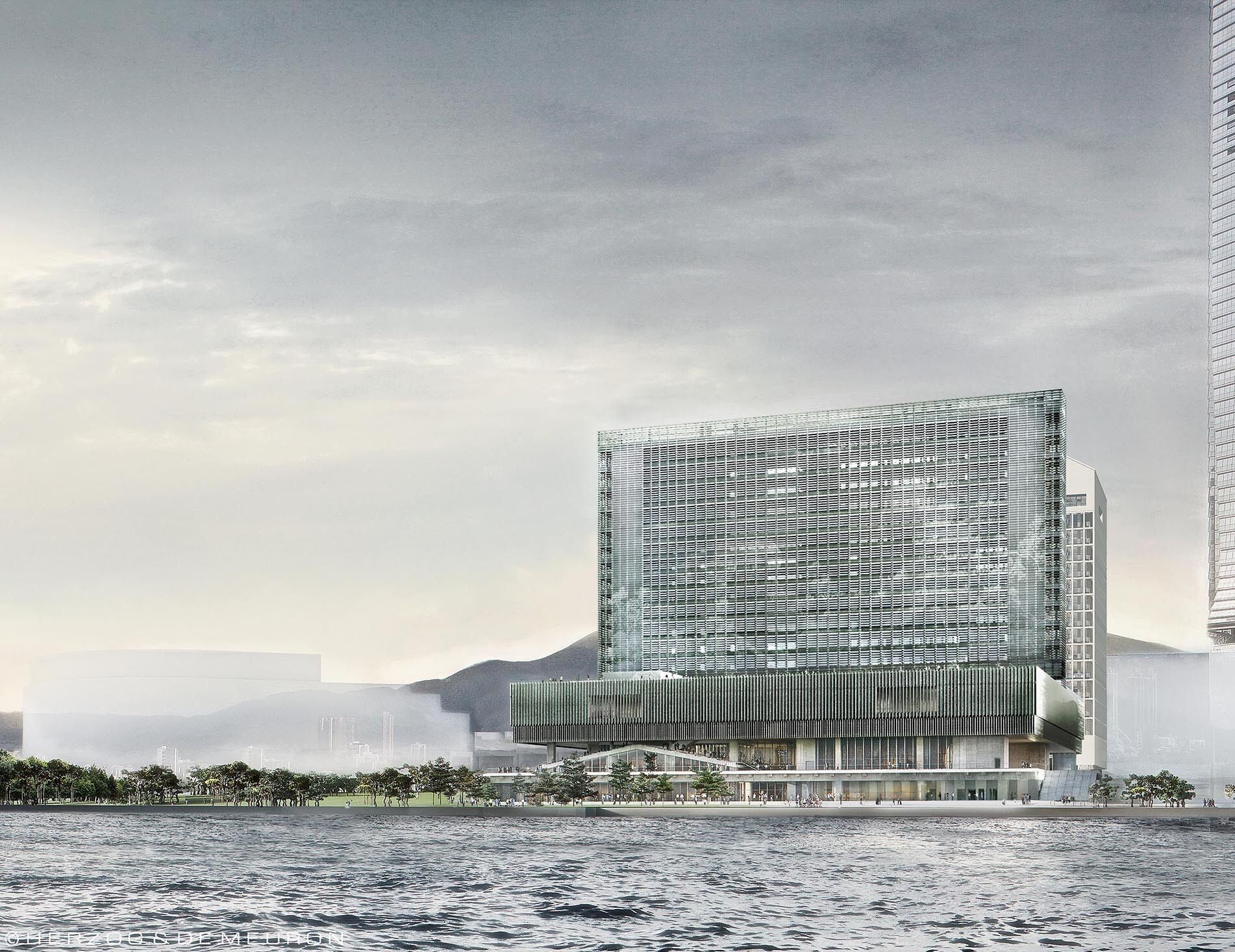 A rendering of the M+ museum of art and visual culture, now due to open in Hong Kong in autumn 2021 © Herzog & de Meuron

Despite the looming departure of the chief executive of Hong Kong’s long-delayed West Kowloon Cultural District, Duncan Pescod, opening plans for the project's flagship museum, M+, are moving ahead. The Herzog & de Meuron-designed museum of art and visual culture “has reached the point of physical completion, with final fixtures now under way”, an M+ spokesman tells The Art Newspaper. “Work will now focus on the construction of internal fittings and fixtures, including the installation of the M+ collections and preparing the museum to open later next year.”

Originally intended to open in 2017, M+ has been repeatedly delayed. The main contractor on the building was fired in 2018, when Pescod announced that the museum was still on track for completion in 2020. The official opening date has now slipped from early 2021 to autumn 2021.

Pescod, a British national who has worked in Hong Kong’s civil service for more than 30 years, was on a contract due to expire next August; instead, he will leave the cultural district project on 28 November. Following a meeting on 29 September, the WKCD Authority board released a statement declaring that Pescod leaves the organisation he has led since 2015 by “mutual consent”. Pescod has not made any public statements about the split.

The chairman of the board, Henry Tang Ying-yen, paid tribute in the statement to Pescod’s “strong leadership” for the development of the district. “During his tenure, the smooth commissioning of different arts and culture and construction projects, as well as Duncan’s determination to surmount numerous challenges have all laid a solid foundation for the district’s future development in the long term.” The authority will seek a new chief executive through an open worldwide search, the statement added.

A detailed report by the South China Morning Post, however, claims Pescod’s termination is acrimonious, with some members of the board blaming him for contributing to the project’s many delays and spiralling budgets.

The West Kowloon Cultural District was first conceived in 1998, yet only the M+ Pavilion, Art Park and Xiqu Centre for traditional Chinese opera have opened to date. After the launch of M+ next autumn, the Hong Kong Palace Museum is scheduled to open in 2022 followed by the Lyric Theatre in 2024.

An initial price tag of HK$21.6bn ($2.8bn) has ballooned to HK$70bn ($9bn), according to the South China Morning Post. It quotes pro-establishment politician and WKCDA board member Chris Ip Ngo-tung as holding Pescod responsible for the financial bloat and mishandling of crises such as a giant sinkhole at the construction site in July last year. The newspaper reports that Betty Fung Ching Suk-yee, an aide to the embattled Hong Kong chief executive Carrie Lam, is expected to step in as interim chief executive.

At the WKCDA board meeting, Pescod said that statutory inspections on M+ are complete and a formal issuance of its Occupation Permit will take several more weeks. The building’s public spaces will be finished this November, after which staff can operate on the premises. The M+ Pavilion reopened on 16 September after a Covid-19 shutdown with an exhibition by the artist Shirley Tse extended to 1 November.