Several thousand civil servants, including many from state-backed arts institutions, come out in support of ongoing pro-democracy protests 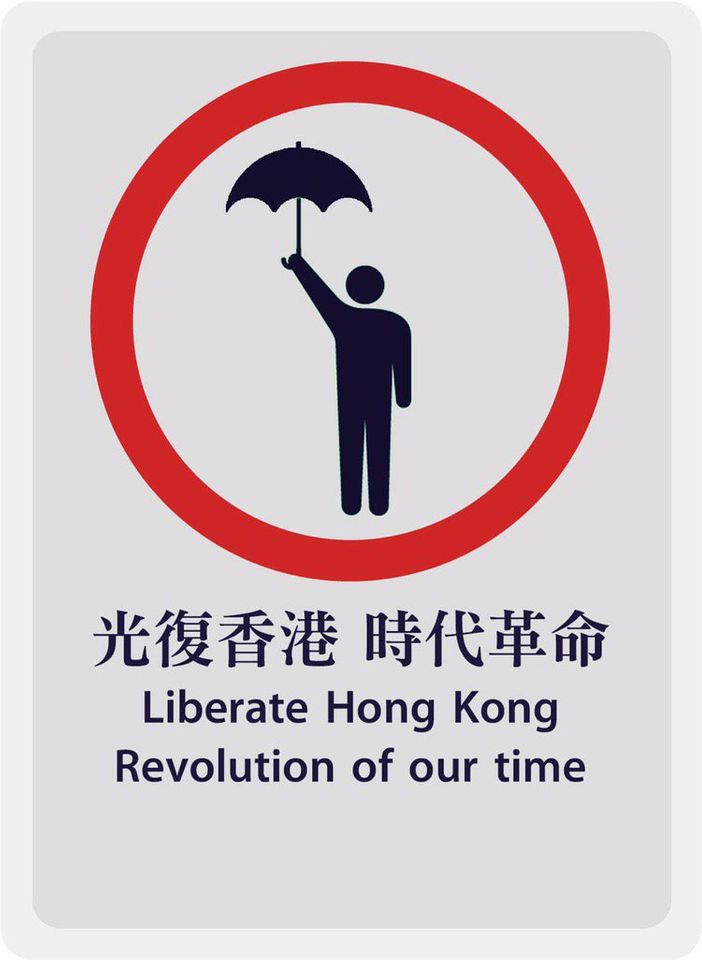 Today, thousands of Hong Kong's civil servants, including many from the city’s state-backed and affiliated arts and cultural institutions, have staged a protest in Central Hong Kong Chater Garden, defying government pressure. It comes a day after hundreds of financial industry workers braved the category eight typhoon Wipha to stage a flash protest in the same location.

At least 2,000 of Hong Kong’s usually apolitical civil servants (who number around 180,000 in total) have taken part despite an official warning issued last night warding them off, and a general strike will be held on Monday.

The Hong Kong Artists Union on 29 July called for “civil servants of LCSD [Leisure and Cultural Services Department] museums and affiliated organisations, including but not limited to the West Kowloon Cultural District, Arts Development Council and members of the nine major performing arts groups, to respond to Hong Kong people’s call to participate in the city-wide strike on 5 Aug 2019, to close or suspend services at museums and art spaces, so as to allow for staffs and artists to participate should they wish.”

Managers from both bodies, and the City Contemporary Dance Company director Kevin Wong, on 31 July issued an open letter setting out their concerns. “As a group of dedicated Managers (Cultural Services) of LCSD and arts administrators across a broad spectrum, we express our grave concerns over what has happened in Hong Kong lately and the way in which the SAR Government has responded,” it reads. “Hong Kong is in a make-or-break juncture. The half-baked Extradition Bill and the awkward handling of the whole saga by the Government have torn the society into tatters. Despite waves of protest, Ms Carrie Lam’s administration has paid no heeds to the calls from Hong Kong’s community at-large to withdraw the Bill and set up an Independent Commission of Inquiry. Not only does she offer no substantial effort in ameliorating public’s sentiment, but her wishy-washy rhetoric and the lack of will to solve the root causes of the problem seem further stoke the anger of the society.”

The dissent of Hong Kong bureaucrats and civil servants — an unprecedented protest and a huge embarrassment to Carrie Lam and her administration. The rally is about to begin. pic.twitter.com/cMRAQ5wTbg

The letter highlights an incident on 21 July in which armed men believed to be from triads—branches of Chinese transnational organised crime syndicates—attacked and beat protesters leaving the village of Yuen Long, condemning police passivity at the time. Its five demands are for an independent commission into that incident and separate allegations of police brutality; withdrawal of the extradition bill; retraction of the classification of the 12 June protest as a riot; cessation of criminal prosecution of protesters; and the implementation of universal suffrage.

Staff at the West Kowloon Cultural District (WKCD), which includes visual arts museum M+, and Tai Kwun—both of which are nonprofits independent of the Hong Kong government—also issued letters supporting the five demands. “It is foreseeable that we will no longer be in a safe space to voice our thoughts on artworks,” reads the letter from Tai Kwun staff. “We fight for justice and freedom—the freedom of expression for everyone, and also for the art practitioners.”

Many Hong Kong galleries and museums closed for a prior strike on 12 June, or gave staff optional days off, and Tai Kwun did not issue new tickets for the day. When asked by The Art Newspaper for comment, a Tai Kwun spokesperson said: “Tai Kwun is a not-for-profit and non-government organisation. Tai Kwun has well-established mechanisms in place in respect to variable manpower arrangements ensuring a safe and pleasant experience for all visitors as well as those attending scheduled programmes.”

A WKCD spokesperson replies: “WKCD Authority respects every colleague’s right to express views on various subjects. Safety of our staff members is our key concern. M+ is a member of CIMAM and as such upholds clear international museum guidelines and values on a range of issues including freedom of expression.”

A group claiming to represent a third of M+ staff today issued an updated letter supporting the strike and the five demands. “Working for M+, we firmly believe that museums have the obligation to fulfil their social responsibilities. While museums should remain unbiased in their interpretation and presentation of art and culture, they should also embrace different perspectives and voices in the society,” it says. “The HKSAR government, despite polarising views, tried to hasten the passing of the extradition bill, resulting in a series of socio-political conflicts over the past few months. Since June, it has turned a blind eye to the injustices suffered by the citizens.”