The next exhibition curated by Hirshhorn director Melissa Chiu will open in February 2022, with a preview symposium held the year before 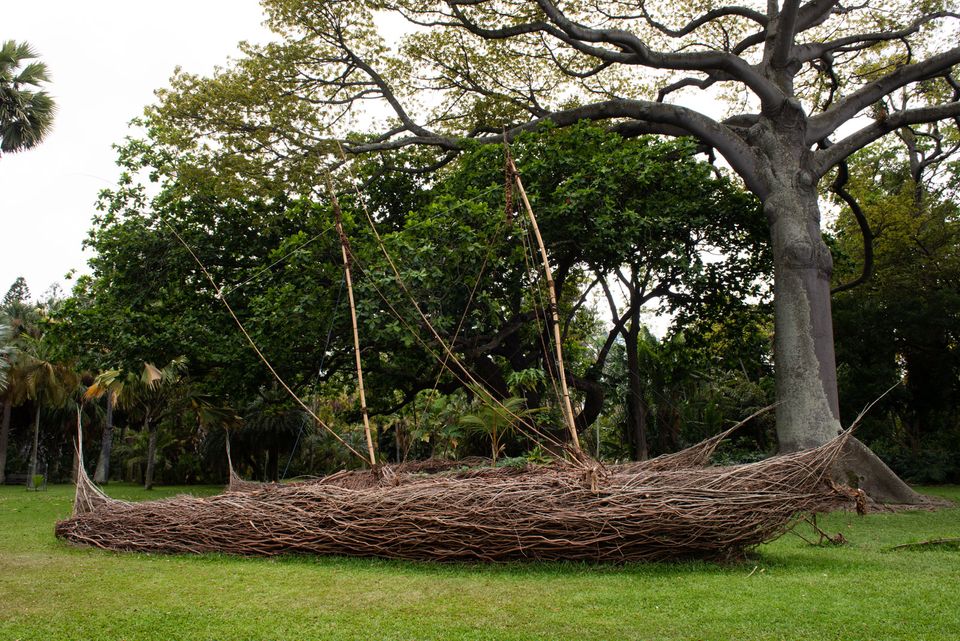 Leland Miyano's canoe sculpture made from invasive plants Huaka‘i / A Wake (2019) installed at the Foster Botanical Garden for the 2019 Honolulu Biennial Courtesy of the Honolulu Biennial Foundation. Photo by Christopher Rohrer

The Honolulu Biennial will be switching to a triennial format for the show’s third iteration, now due to take place in February 2022. But a symposium will be held the year before to serve as a preview of the next edition, which will be curated by Melissa Chiu, the director of Washington DC’s Hirshhorn Museum and Sculpture Garden.

The 2019 edition, which was estimated to have been seen by around 100,000 visitors (the same as in 2017), had a budget of around $2.7m raised from private and corporate donors. While a spokeswoman says that the event did not end with a deficit, it has not been confirmed what the budget for the next exhibition and the preview event will be.

The last iteration, curated by Nina Tonga, focused on indigenous artists and local issues, such as homelessness and displacement. According to a statement put out by the foundation, this transition for the next edition of the show will “deepen its collaborative programming partnerships and explore synergy among all the Hawaiian Islands”.

“The Honolulu Biennial has had tremendous impact in Hawai’i in a very short period of time, and, in thinking about the opportunities ahead, the Honolulu Biennial Foundation unanimously agreed that a triennial format was the best platform for our future growth and success,” the foundation’s board of directors say in a joint statement.