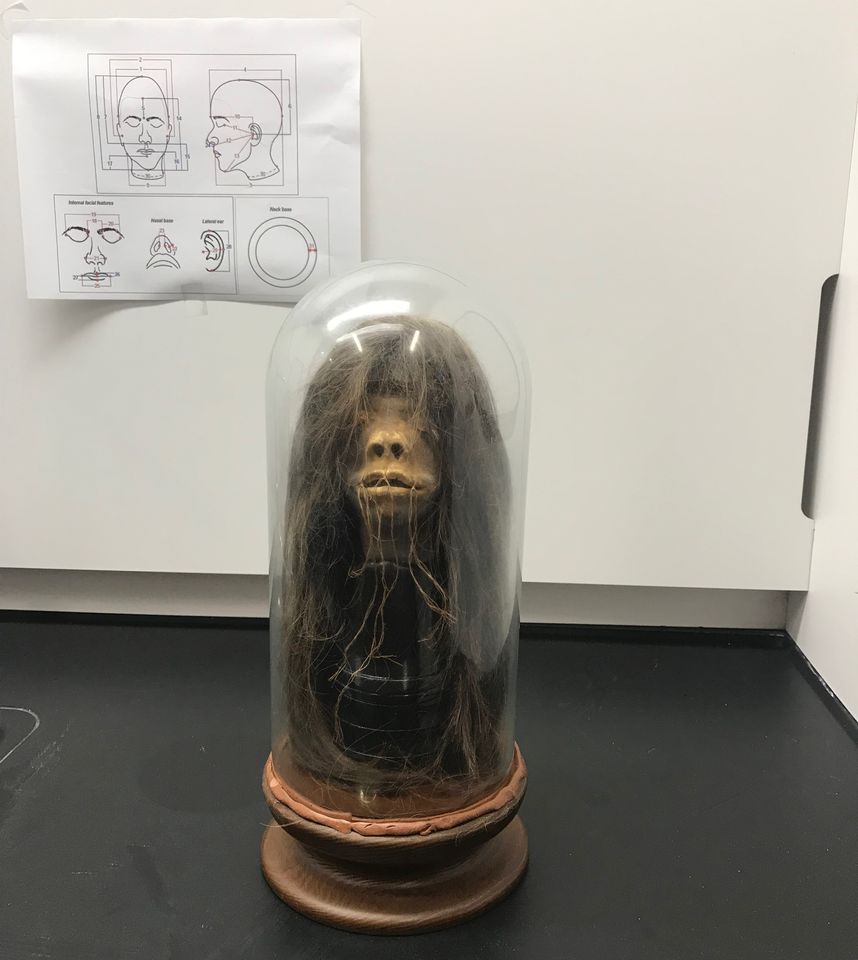 The tsantsa had been in the Mercer University natural history collection in Macon, Georgia, and was brought to the US from Ecuador by a now dead faculty member during the Second World War Photo: Adam Kiefer

Researchers have used CT-scans to help prove the authenticity of a south American ceremonial tsantsa, also known as a shrunken head, leading to its repatriation to Ecuador. The head had been in the Mercer University natural history collection in Macon, Georgia, and was brought to the US from Ecuador by a now dead faculty member during the Second World War.

“It’s a relief to have the specimen out of our possession,” says Craig D. Byron, a professor of biology at Mercer University and one of the authors of the research paper about its authentication and return, published in the journal Heritage Science. “It had ‘underground’ value; it was illegal to trade or sell; it was the skin from a person’s head; we had no business holding on to this item. It was a rewarding conclusion to a project hanging around since 2015.” 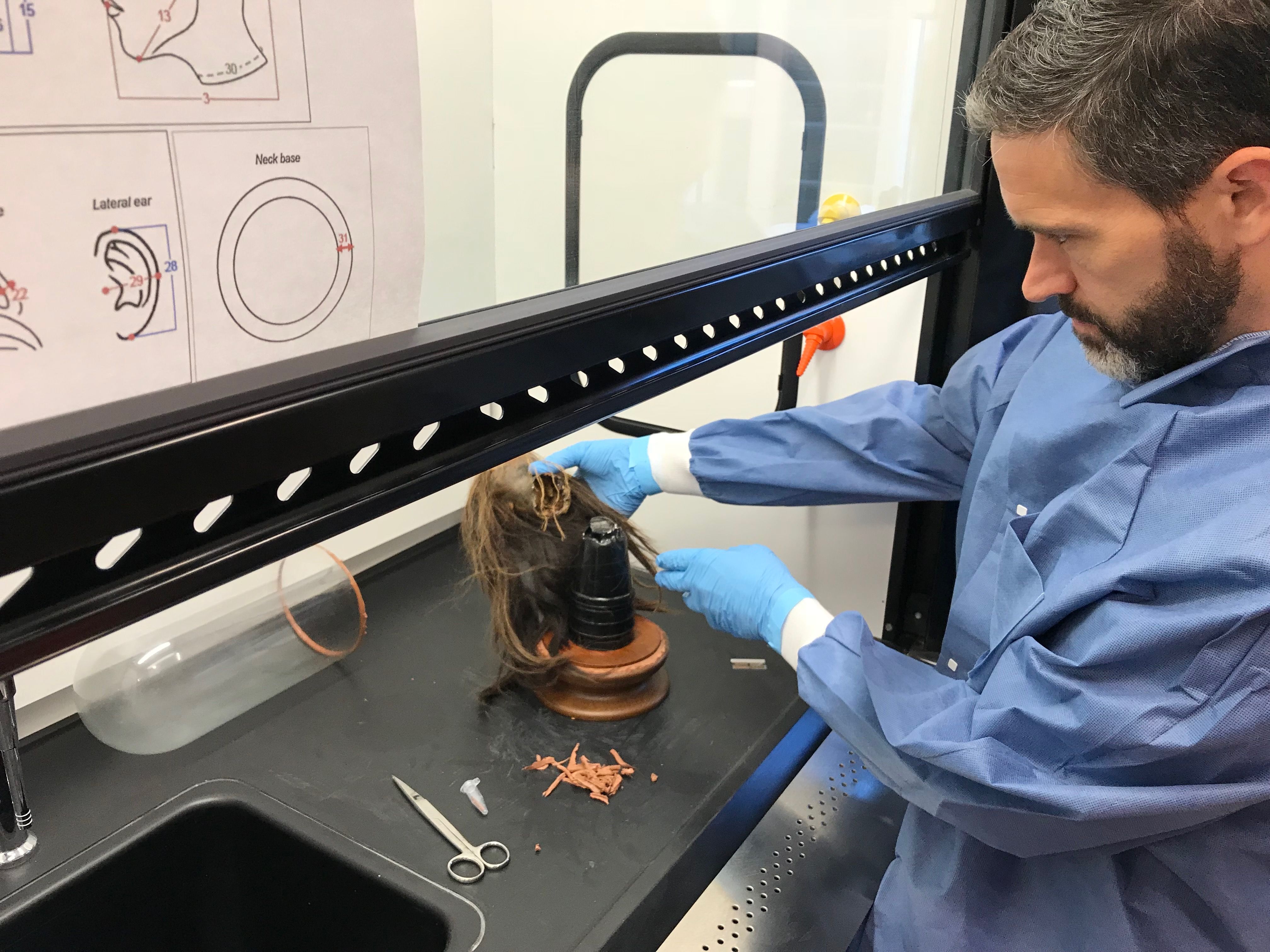 Craig Byron, a professor of biology at Mercer University, working on the tsantsa Photo: Adam Kiefer

Tsantsas were made as talismans or trophies by various South American peoples—referred to as the SAAWC culture groups—until the mid-20th century. They became popular collector’s items among 19th century visitors to the region, so much so that many forgeries were produced. Consequently, any tsantsa to be repatriated must first be authenticated.

“A ceremonial tsantsa is made from a human being with great care by members of the SAAWC culture group,” Byron says. “Forgeries can be made from human remains, animal remains, or synthetic material. Great care must be taken in making sure that a tsantsa is authentic, which was the genesis of this paper.” The tsantsa’s size, the way the lips had been joined with fibre through holes, and its hairstyle were among the various factors that helped to prove that it was a true ceremonial head Photo: Adam Kiefer

To help establish its authenticity, Byron and his colleagues CT-scanned the tsantsa, revealing many characteristics that are not immediately visible. They were able to study the skin beneath the hair; more closely examine and confirm the stitching pattern in the skin; and found a hole at the top that enabled the tsantsa’s possessor to tie it with string and wear it. The tsantsa’s size, the way the lips had been joined with fibre through holes, and its hairstyle were also among the various factors that helped to prove that it was a true ceremonial head. Pieces of an Ecuadorian newspaper were found inside the tsantsa, confirming that it was packaged up for travel in 1942 Photo: Adam Kiefer

The team also made unexpected discoveries, including Ecuadorian newspaper inside the tsantsa. “The collector used this when transporting it and it confirmed that [the tsantsa] was packaged in 1942,” Byron says. The tsantsa also appeared in a movie, Byron adds. “It had been used as a prop in a Jon Huston film of a Flannery O’Connor story Wise Blood, which was filmed in Macon. It is clearly visible in many scenes.”

Once the research was completed, the Ecuadorian authorities reviewed and confirmed the team’s results, and the tsantsa was repatriated in June 2019. “Societal attitudes towards owning rare cultural artifacts have changed a great deal since 1942,” Byron says. “Societal attitudes towards exhibiting human remains have arguably changed even more since then. I hope faculty who remember the tsantsa would be very pleased to learn it finally made it back to Ecuador.”