The Romanian painter’s prices have increased 160-fold over the past decade. But who, or what, is behind this steep rise? 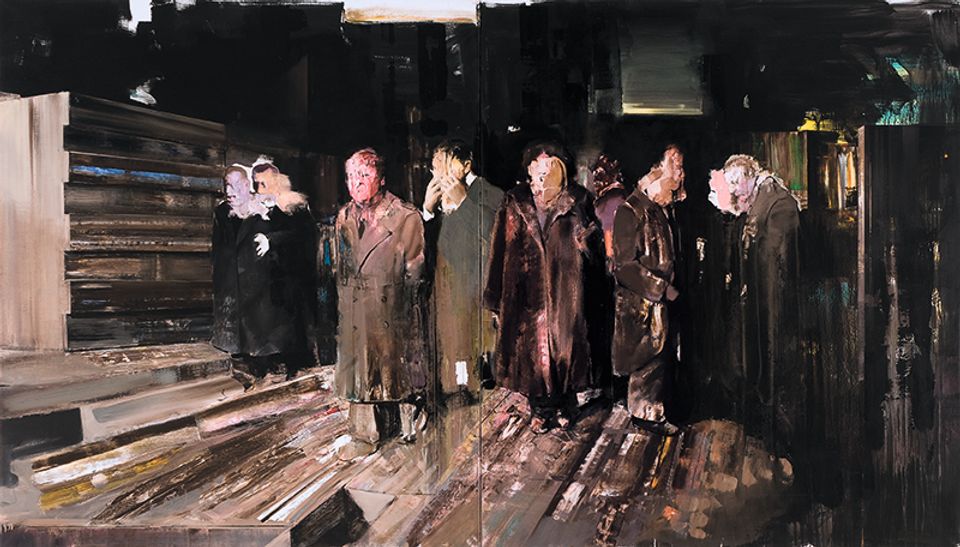 The story of the contemporary painter Adrian Ghenie’s rise from art student in Cluj, Romania, to darling of international curators and auction houses over the course of barely a dozen years is not unprecedented: the art world loves to anoint young talent. It also likes to discard it, but Ghenie, with prodigious skill and the help of many hands along the way, has emerged as a more durable star, one whose work is now, for better or worse, seen as a desirable asset.

Ghenie, born in 1977 in Baia Mare, grapples with haunting and historical subjects. His alternately lush and vigorous style has earned him comparisons to Francis Bacon, although Ghenie says: “Despite people[‘s] belief Bacon was never a direct source of inspiration for me....At this point in my career, I do what I always did—I steal from everybody”. Meanwhile, his critical and commercial ascent has been speedy enough to attract attention, without tipping into overexposure.

Asked to explain Ghenie’s appeal, the UK independent curator Jane Neal says: “Adrian is an extremely talented painter and manages to engender the feeling of something rather than explicitly outlining exactly what it is. He’s adept at drawing from the past—be it key figures or events from history—but while doing this he simultaneously catapults his work and his canvases into the future by inventing something entirely new. It is never formulaic and always evolving.”

Neal’s 2006 group exhibition Cluj Connection—organised at the now-closed Haunch of Venison gallery in Zurich and centred on young painters from the city—was Ghenie’s stepping stone to a solo show, Shadow of a Daydream, at the gallery the following year. He racked up gallery exhibitions in short order, including a solo at the Tim Van Laere Gallery in Antwerp in 2008 and his first London outing, Darkness for an Hour, at Haunch of Venison in 2009. It was from this show that Christie’s (and Haunch of Venison) owner François Pinault, an early fan, bought the virtuoso two-part canvas Nickelodeon (2008) for approximately €60,000. In October 2016, the auction house sold Nickelodeon for an artist-record £7.1m (est. £1m-£1.5m), a price rise of 16,000%, triggering headlines for Ghenie and reaping a big payday for Pinault.

For those involved since the early days, Ghenie’s success comes as no surprise. Juerg Judin, the director of Haunch of Venison at that time who now shows the artist in his home base of Berlin, recalls Ghenie’s first solo show in Zurich. “People came to the opening, but nobody had ever heard his name and it was sold out in 20 minutes. People asked, ‘Who is this and can I buy it?’”

“He has an intellectual approach like a conceptual artist in what he’s doing and what he’s trying to tell,” Judin adds, “[but] he’s 100% a painter in the old-fashioned sense.”

The curator Gary Garrels first encountered Ghenie’s hybrid, cinematic style in a solo exhibition organised by dealer Mihai Nicodim at Chung King Project in Los Angeles in early 2007. “The paintings were small, very dark and brooding, and beautifully painted,” Garrels says. “They stood out for me from the get-go.” A few years later, Garrels, now the senior curator of painting and sculpture at the San Francisco Museum of Modern Art (SFMOMA), was deeply impressed by The Trial (2010), a large-scale canvas depicting the 1989 proceedings against the fallen Romanian dictator Nicolae Ceausescu and his wife, Elena, which led to their immediate execution by firing squad. Ghenie and Nicodim offered to donate the work to SFMOMA, where it is now part of the permanent collection. “I was thrilled,” Garrels says. “We have a significant work by Gerhard Richter, so there is a context for Adrian in the collection.” He adds: “Unfortunately, it’s not possible for us to continue building his work into our collection now. It’s totally out of range for a museum.” 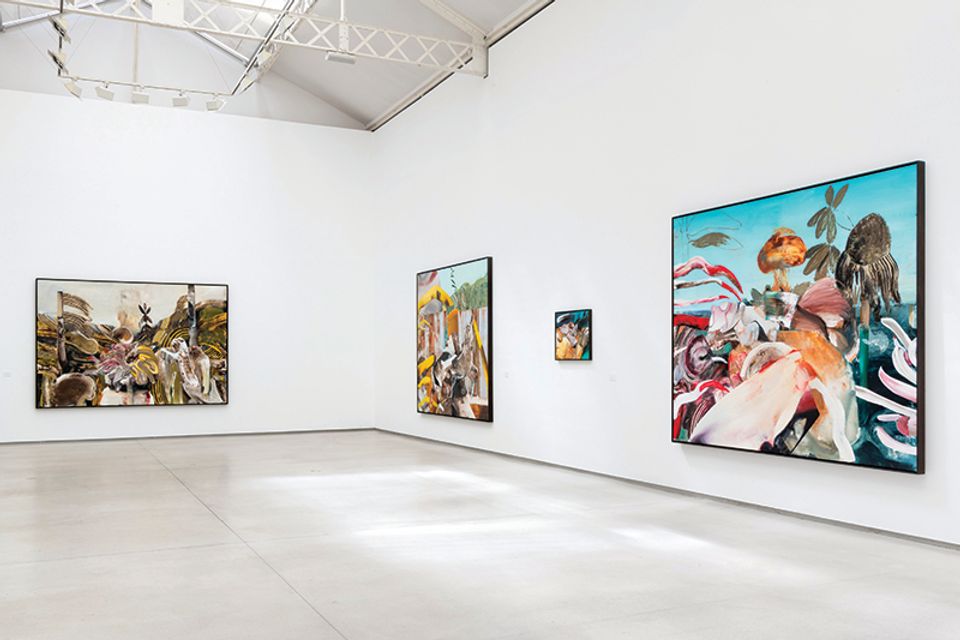 Indeed, desire for Ghenie’s work has fuelled a breakneck rise in the market. Ben Tufnell, a former Tate curator and Haunch of Venison exhibitions director, describes the speed at which Ghenie’s market matured. “In that very first group show,” Tufnell says, “his paintings were something like €2,500 to €4,000, and I kick myself every day that I didn’t buy one.” By the time of Ghenie’s first show in London in 2009, “prices were something like £25,000 and already there was a waiting list. It was starting to become a problem to manage expectations.”

As his commercial buzz was building, Ghenie was also expanding his institutional CV, including the solo exhibition Pie-Fights and Pathos at the Contemporary Art Museum, Denver, in 2012-13, at the CAC Malaga in 2014-15 and the 56th Venice Biennale in 2015, where his Darwin’s Room was presented in the Romanian Pavilion. Sources say a “major” museum show is soon to be announced.

The flurry of activity might have seemed organic, but “there was a lot of teamwork involved”, Nicodim says. “It didn’t just happen.” He is referring in part to his own efforts and those of Judin and others, such as Rodica Seward, the Romanian-born owner and chief executive of the Paris auction house Tajan, in promoting Ghenie well before mega-galleries, such as Pace and Thaddaeus Ropac, entered the picture, even bringing Ghenie to their attention. Seward also arranged the Centre Pompidou’s early acquisition of Ghenie’s Pie Fight Interior II. Pace took Ghenie on in 2011 and Ropac in 2015. Remarkably, however, Ghenie has remained loyal to his early dealers through this climb, including Galeria Plan B in Cluj, which he co-founded with Mihai Pop in 2005.

Can Ghenie’s low output survive the clamour? Thaddaeus Ropac is currently hosting Adrian Ghenie: Jungles in Paris (until 16 June), featuring new paintings based entirely on the works of Henri Rousseau, whom Ghenie regards as the first abstract painter. The works, which are priced from €750,000 to €1.1m for the bigger paintings, €150,000 to €200,000 for drawings, and studies for around €100,000, sold out immediately.

“You don’t make friends with a show like this when there’s so much demand,” Ropac says. “It’s not easy for us because we have major collectors wanting the works. He paints very slowly and we only have five big paintings in the exhibition, which also makes the thing more complicated. I always tell my clients he’s a young artist and we will make sure our trusted collectors will get the work. We’re here for the long run.” 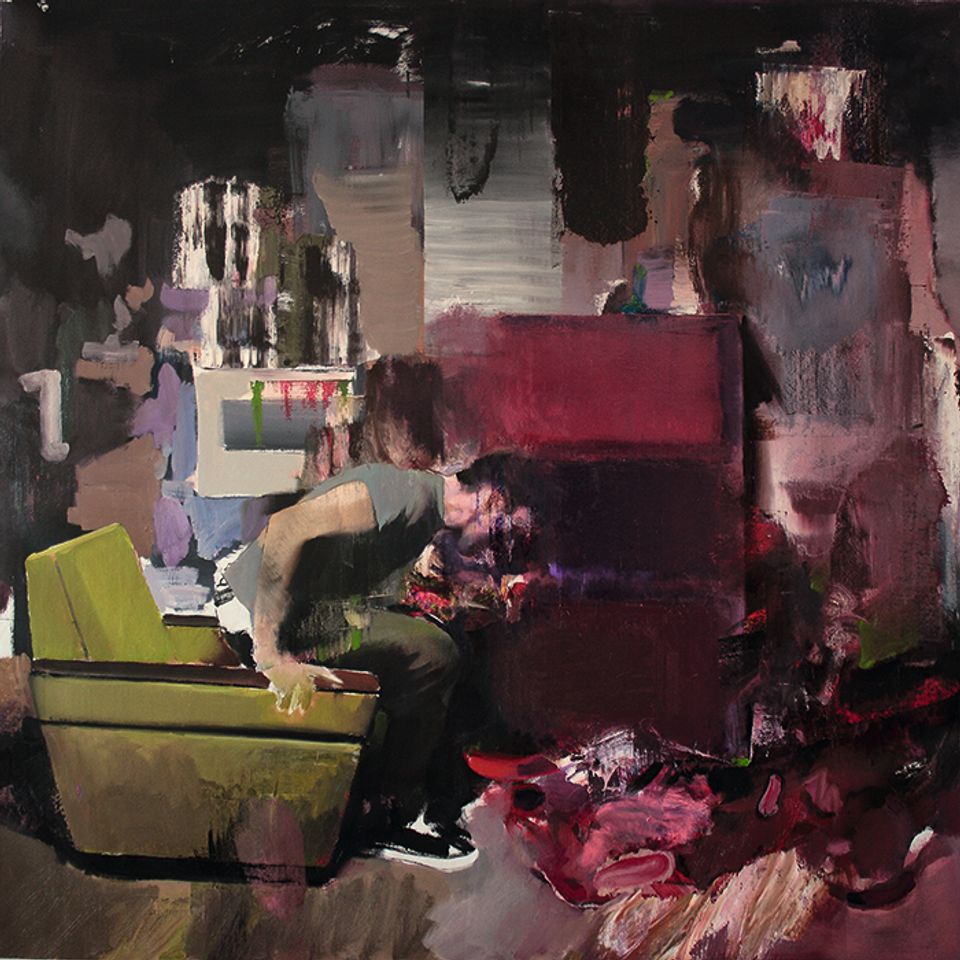 Marc Glimcher, the president of Pace Gallery, who expects to stage another solo show with the artist in two years’ time in either Hong Kong or New York, says: “To hit that level of popularity and power is a huge challenge for someone who is just 40 and has to stand in front of the empty canvas knowing that the world is paying ridiculously large sums of money at auction for them. Adrian’s response was to continue to experiment… and that is something that makes people feel like we will still be looking at this guy in 50 years.” As Glimcher sees it: “Haunch of Venison didn’t do some miraculous marketing job and neither did we. It’s really the paintings. That’s why he is where he is.” 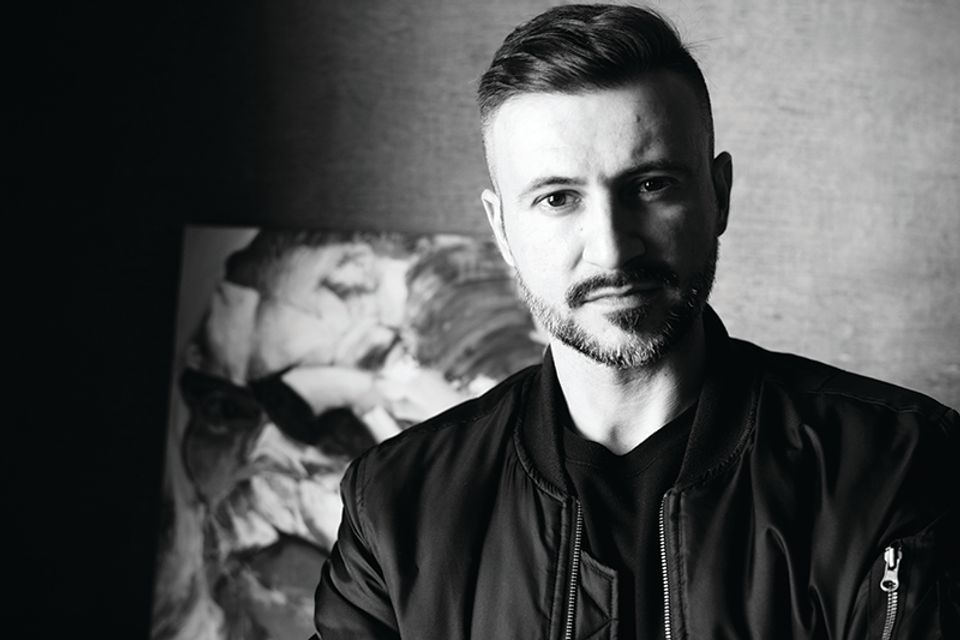 Adrian Ghenie on his fast-forward career

In a rare email exchange, Ghenie mused on the double-edged sword of his success. He writes:

I think that every young or mid-career artist is a case open to debate (from an artistic point of view). They are judged as work-in-progress artistic phenomena, and as long as their prices are low the conversation around them can be well-balanced. But when an artist like that scores millions at auction, a balanced debate is compromised. People start to be hysterical, over-confident or hyper-skeptical, highly subjective, jealous, etc. This is my case entirely. If you ask me what I wish for the future, I would say that I would like to go back to a sort of normality, but it is hard to define that normality… I don’t really have many colleagues of my age to ask ‘how did you survive this tsunami?’

2001 Ghenie graduates from the Art and Design University of Cluj-Napoca.

2006 First show, at Galeria Plan B, Berlin, which Ghenie co-founded with Mihai Pop. Included in group exhibition at Haunch of Venison, Zurich.