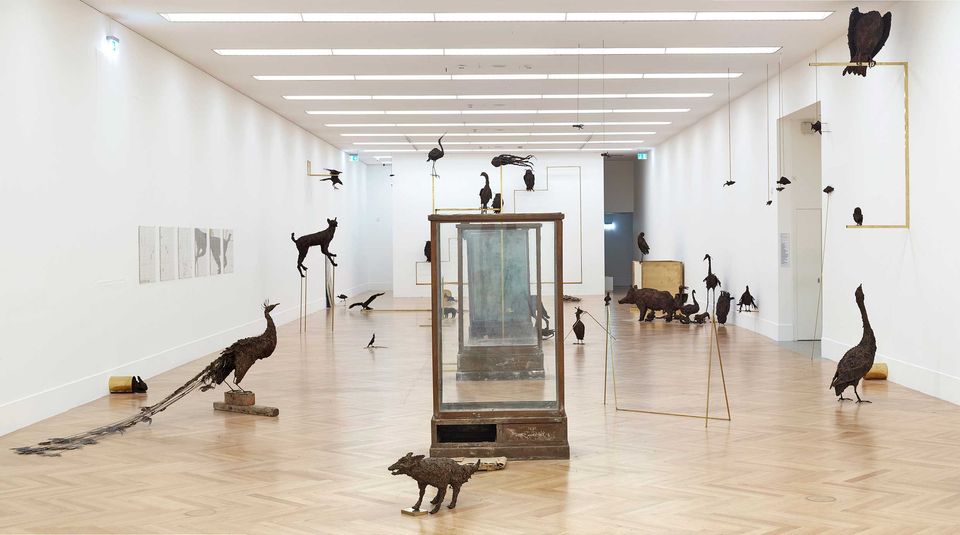 The Kosovan artist Petrit Halilaj opens his first US exhibition this month at the New Museum in New York. Through an installation of videos and sculptures, the show will focus on the Neolithic history of his native village, Runik, and the disappearance of artefacts following the Kosovo War (1998-99). We spoke to Halilaj about  his show.

The Art Newspaper: Where did the idea for the project come from?

Petrit Halilaj: Four years ago while I was visiting my family, one of my oldest friends showed me a ceramic figurine that looked like a goddess. He kept it in his pocket like an iPhone. He told me it was Neolithic and I said, what do you mean? He said, we live on top of one of the oldest civilisations—you just dig and you find something.

But other objects have been long lost?

Yes. I started talking to neighbours and they would say, yes, we had one, but if I asked to see it, they didn’t know where it was. Another group of artefacts was borrowed from a museum in [the Kosovan capital of] Pristina by the Serbian government and never came back, but I found a catalogue of that show from 1997. After three years of research and filming secretly inside museums, I found images for a total of 500 objects and fragments from Kosovo and I reproduced them into 500 sculptures for the show.

There is also a zoological element to the show. Tell us about that.

I was thinking about how to show all these objects without reproducing a museum and at the time I was researching migratory birds, how they survive and move. So I built stations for these objects, like the ones birds use when they are migrating, as if the sculptures would stay there for a moment before leaving again. I think of the work as a kind of journey. It’s not about the objects in the space—that’s part of it—but I hope to go much beyond that with the possibility of mentally travelling from one position to another. The show is a story that is intimate to me, but I hope it also addresses some global questions.