How much of conservators’ work should be visible and how much should be hidden? 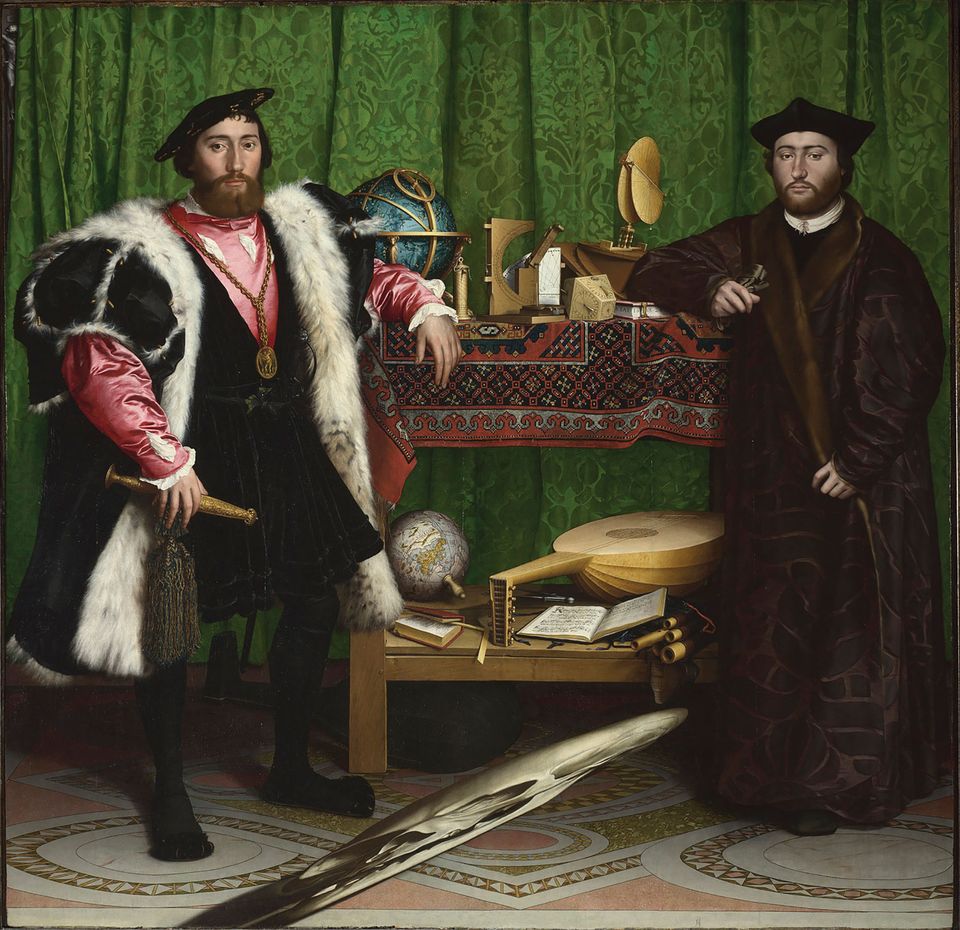 Perhaps the most strident debate around the sale of the $450m Leonardo at Christie’s last year concerned the painting’s condition. Christie’s released a pre-conservation image of Salvator Mundi that revealed cracks to the walnut panel and significant losses on its surface. Thomas Campbell, the former director of New York’s Metropolitan Museum of Art, posted the image on Instagram with the caption “450 million dollars?! Hope the buyer understands conservation issues…”, prompting a flood of comments. Among them was that of The Art Newspaper contributor, Bendor Grosvenor, who wrote on Twitter that if Campbell had followed the work of the Met’s conservation department, “he would know that many Old Master paintings look like this, when stripped down”.

The controversy—and the shock online—pointed to a perennial dilemma: how much of conservators’ work should be visible and how much hidden? Grosvenor is right: many Old Master pictures have suffered at the hands of collectors or restorers over the centuries. As Michael Gallagher, conservator in charge in the Met’s paintings conservation department, says, paintings are “complex objects inherently, that are vulnerable, that have been the subject of a great deal of human interference, some of it well-intentioned, some of it absolutely not”. Among the problems, he says, is that conservation only became a profession with “systematic training, a body of literature, a philosophical approach that is discussed in open forum in lectures and symposia”, after the Second World War. It is “an inevitability” that pictures have suffered. “The idea that, when you go through a gallery of pictures from before the 19th century, there are many things there that you could literally say were pristine, meaning absolutely free from any damage, is impossible.” Even in works that a museum conservator might justifiably call pristine to their trustees when considering an acquisition, “there would still have been pigment changes [and] shifts in the medium, there would be a craquelure pattern,” he says.

Some conservators feel that “the role of conservation in the preservation and display of objects has sometimes been overlooked”, he says. “And there is no question—we discover it again and again—that visitors are fascinated by the process and the challenges involved.” But the discipline’s complexity is such that “the process, the thinking, doesn’t lend itself to soundbites”, he adds. So how much to reveal is not straightforward.

Gallagher is aware that seeing paintings in a stripped or, as he prefers, “cleaned” state, without varnish and historic overpaints, “can be very alarming, because in the narrative, figurative tradition of paintings, this is all supposed to hold together. So it seems unbelievably disfiguring to see something full of little losses. I always remind people that if you were to pull those losses in general down to the corner of the picture, it’s really minimal—often just a few percent. But it’s a visual white noise that you cannot filter out. And so the personal, thoughtful process of retouching just suppresses the noise. You can’t turn back time, but it allows you to read the picture, compromised though it might be, changed though it might be.”

Whatever the paintings have experienced, Gallagher suggests, “there is something in a really fine work of art that seems to rise above all these vicissitudes and indignities. Often, when I’m working on something and retouching, I end up finishing far earlier than I thought, because at a certain point, it’s like somebody being able to leave the hospital: ‘I am on my own two feet now.’”

In 1890, just as the museum acquired The Ambassadors, The Times acclaimed the “faultless” condition of Holbein’s masterpiece, save for “old and perished varnish”. How wrong it was. The conservator Martin Wyld’s detailed record of its 1998 restoration explains its many troubles: as well as the varnish, that gorgeous green curtain we see today was covered in black overpaint; planks forming the support were warped by water damage; and the gaps between them were “filled with cement”. An image of the work after cleaning and before retouching is an alarming sight, especially with extensive losses around the famous anamorphic skull. But retouching has made the picture look better than at any time probably since Holbein first put down his brush. 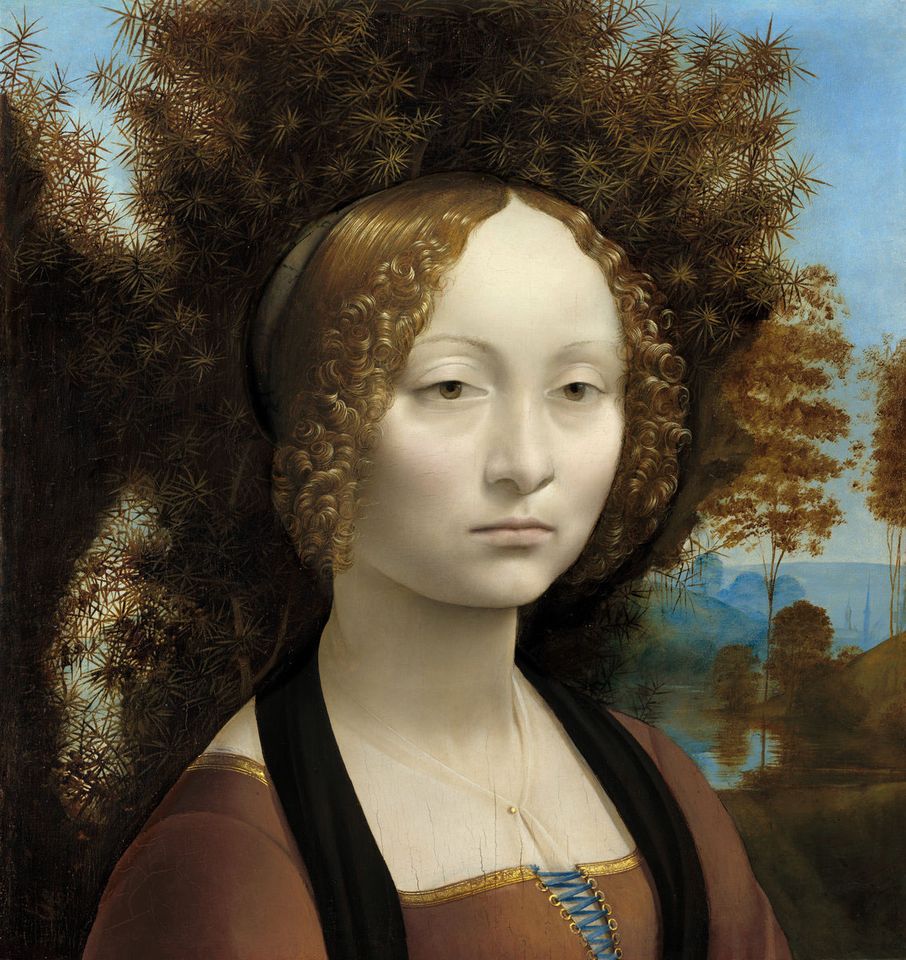 This portrait is one of Leonardo’s earliest, made when he was still learning how to use oil paint. Some inconsistencies in the paint surface reflect his inexperience. But such are this almost square portrait’s harmony and poise, it appears otherwise perfect. Yet it does not look the way Leonardo made it: at some point around seven inches were sliced off the bottom of the painting, probably removing damage. A magnificent related drawing in the Royal Collection suggests what it would have looked like, with Ginevra’s arms folded across her waist, a flower held between the thumb and index finger of her right hand. 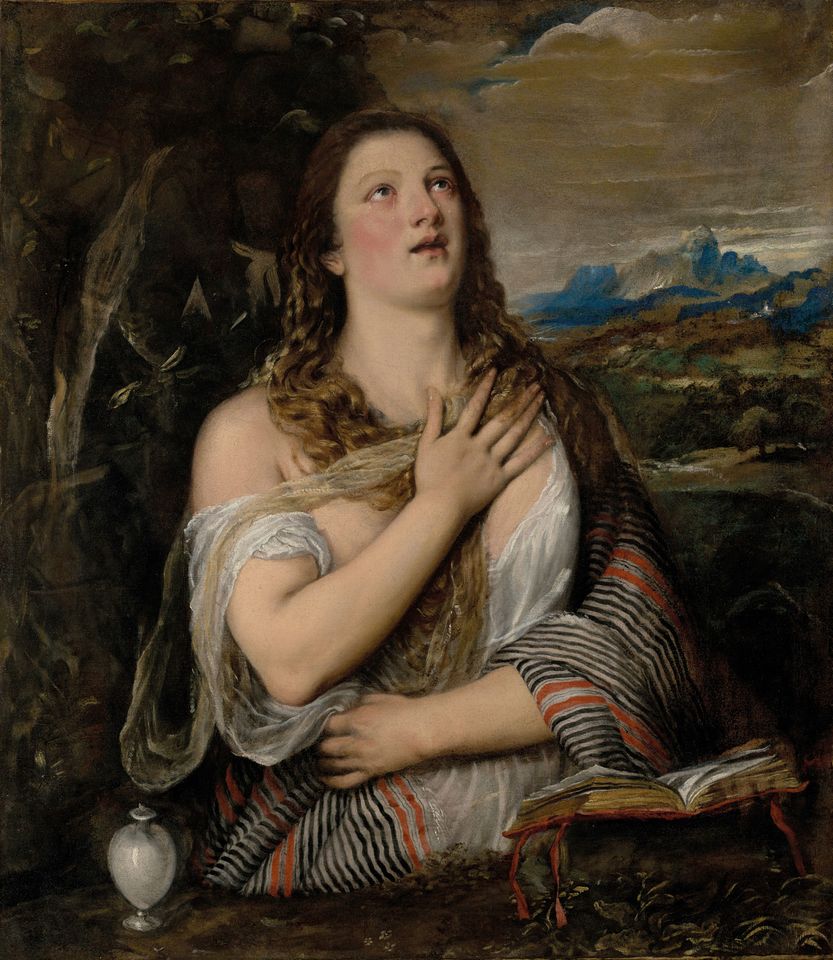 One of several iterations of this fervently emotional painting—a nude version from the 1530s and then clothed versions such as this made in the 1550s and 1560s. As the Getty’s catalogue of its collection reveals, the top of the painting “suffered severe damage at some time in the past”. The left corner down to Mary’s eye level is entirely retouched and the sky above archetypal Titian mountains on the right is mainly redone. The landscape itself, the Getty says, is “badly skinned”, but original. Remarkably, the Magdalene remained unscathed, apart from small losses on her forehead. 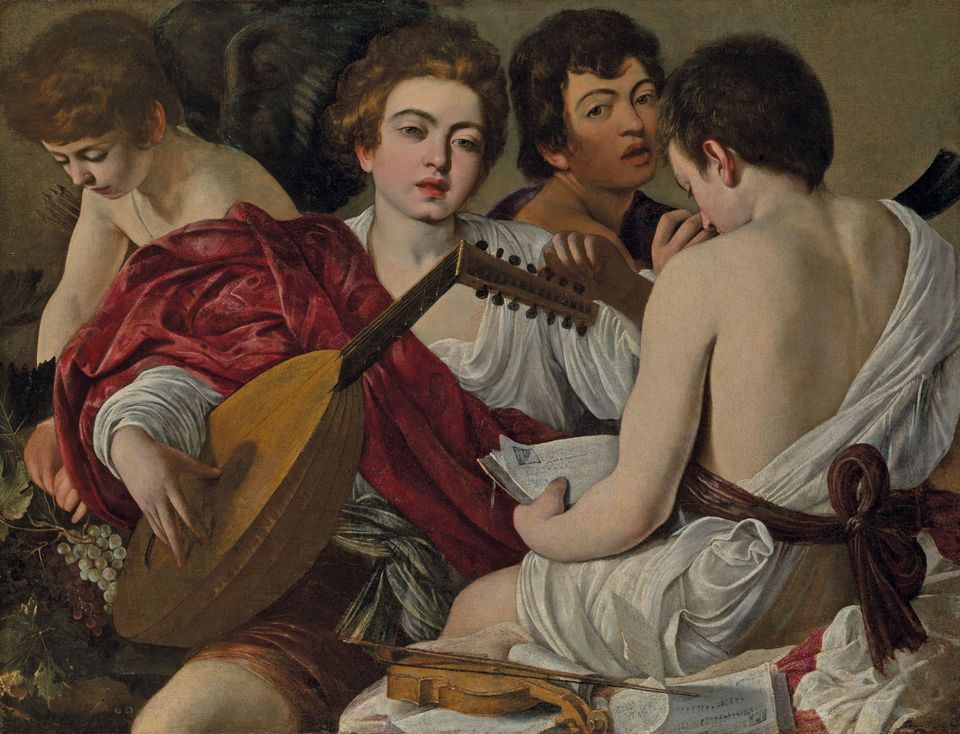 Caravaggio’s early masterpiece has suffered greatly. The canvas was glued to a wooden support in the 17th century, re-lined twice, cut down at the top, bottom and left side. The Met has noted that while little damage was done to “areas of thick and solid paint”, Caravaggio’s glazes “suffered more, being thinner and more vulnerable to solvents”. The Met’s 1953 condition report notes the effects of a London restoration before its acquisition, stating that past restorers’ additions—“wings on the shoulders of the boy on the left and a quiver of arrows behind his right arm”—had been removed. Today, wings and quiver are very much there: those restorers had acted rashly. Despite the mention of its “poor condition” in the Met’s catalogue, The Musicians has been resilient: it remains a spellbinding, deeply sensual painting.