Complex system of guarantees behind sale of key works including $81.9m Rothko

How times change. Christie’s once believed that private financial arrangements made before public sales had the potential to be “fantastically dangerous to the business itself”, as Christopher Burge, the former president of the auction house in New York, told the New York Times in 1990.

Fast-forward 25 years and the auction house is arranging more complex financing deals on consigned works than ever before. Our enquiries after the post-war and contemporary auction in New York on 13 May revealed a complicated system of financing in which third-party money is used by Christie’s to offset risk but not in the form of a traditional “guarantee”. At least five works in the auction were backed in some way by external investors without this information being made public in the sale catalogue. The auctioneer announced at the start of the sale that “a party with a financial interest” may be bidding on the works, but if this “party” had chosen not to bid, the auction house would not have disclosed its involvement.

In the catalogue, Christie’s described these five works—including the cover lot, Rothko’s No. 10 (1958), which went on to sell for $81.9m—as lots in which only the auction house “has a direct financial interest”, qualified as possibly including a guaranteed minimum price or an advance on a work (marked in the catalogue with a small black circle and generally referred to as an “in-house guarantee”).

“It is becoming more complex and confusing, and that’s not what you want to have in an art market where prices are at this level,” says the economist Olav Velthuis. “With the market expanding and prices rising so high, you want more transparency—but this is resulting in the opposite.” 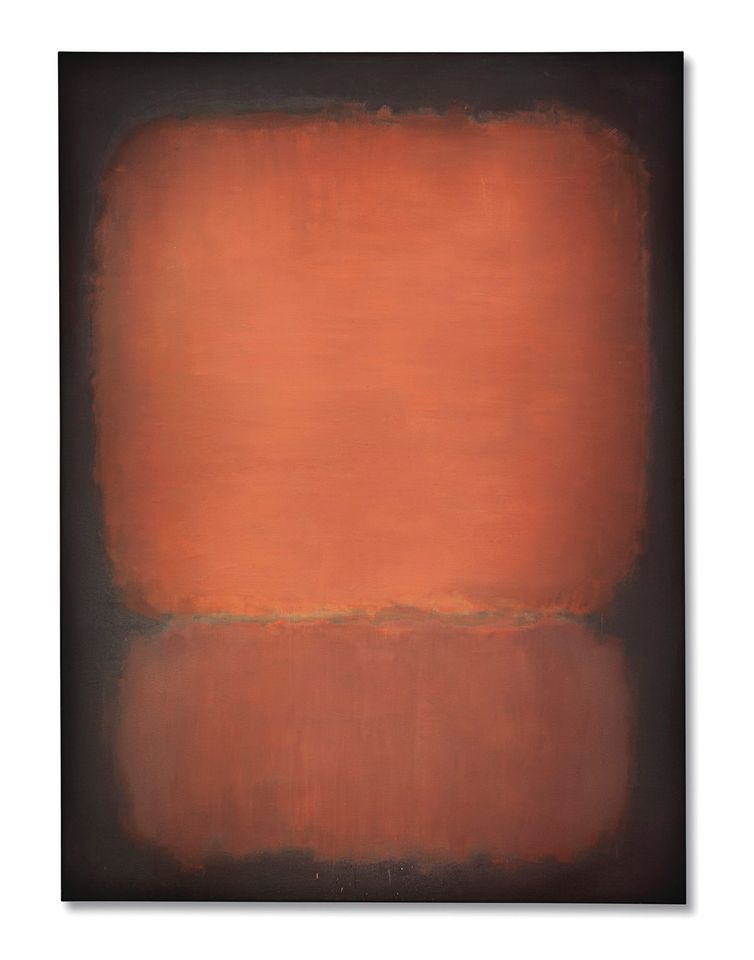 Private sales in public Auctions are supposed to be public sales. In fact, the major contemporary sales are now often heavily orchestrated events largely underwritten by private deals made in advance. Before the sale at Christie’s on 13 May, a total of 50 of the 85 works in the catalogue were marked as guaranteed. Of these, 36 had in-house guarantees, whereby the auction house is understood to promise the vendor an undisclosed amount for the work, whether or not anybody else bids. Fourteen lots had third-party guarantees, usually taken to mean that Christie’s has found an outside investor to back the work, either wholly or jointly with the house. Christie’s agrees a financing fee with the third party (who is still allowed to bid on the work) for taking the risk, as well as a percentage of any sum made above the guaranteed amount.

After the sale, we asked Christie’s for a list of all the works it had guaranteed before the auction. The firm sent us a list compiled by its finance department that excluded six works described in the catalogue as guaranteed in-house. One of these had been withdrawn before the auction, while the sale of the other five was preceded by an announcement made by the auctioneer, informing the salesroom that “a party with a financial interest” may be bidding on the works.

After repeated questioning, Christie’s revised its position, saying that these five works were, in fact, “subject to an in-house guarantee, as noted in the catalogue”. A spokeswoman for the auction house added that the lots “were not subject to a third-party financing arrangement”, although Christie’s “did offset part of the risk we had taken on these lots” and, when the parties with financial interest notified Christie’s that they may be bidding on those lots, “this change was communicated to other bidders by salesroom announcement”.

Third party or not? If the five works were “not subject to a third-party financing arrangement”, how did Christie’s “offset” the risk of their sale? These apparently contradictory statements are explained by the fact that the firm draws a distinction between third-party guarantors and what it terms “third-party partners”: individuals who take a stake in a Christie’s in-house guarantee. The distinction between the two is difficult to discern, although one difference is that third-party guarantors are counted as live bidders, whereas third-party partners are not. However, third-party partners can still bid on works they have a stake in, provided Christie’s discloses this before the sale. If “partners” do not intend to bid, their involvement is not revealed, despite the fact that they would end up co-owning the work they have a stake in with the auction house should it fail to sell. 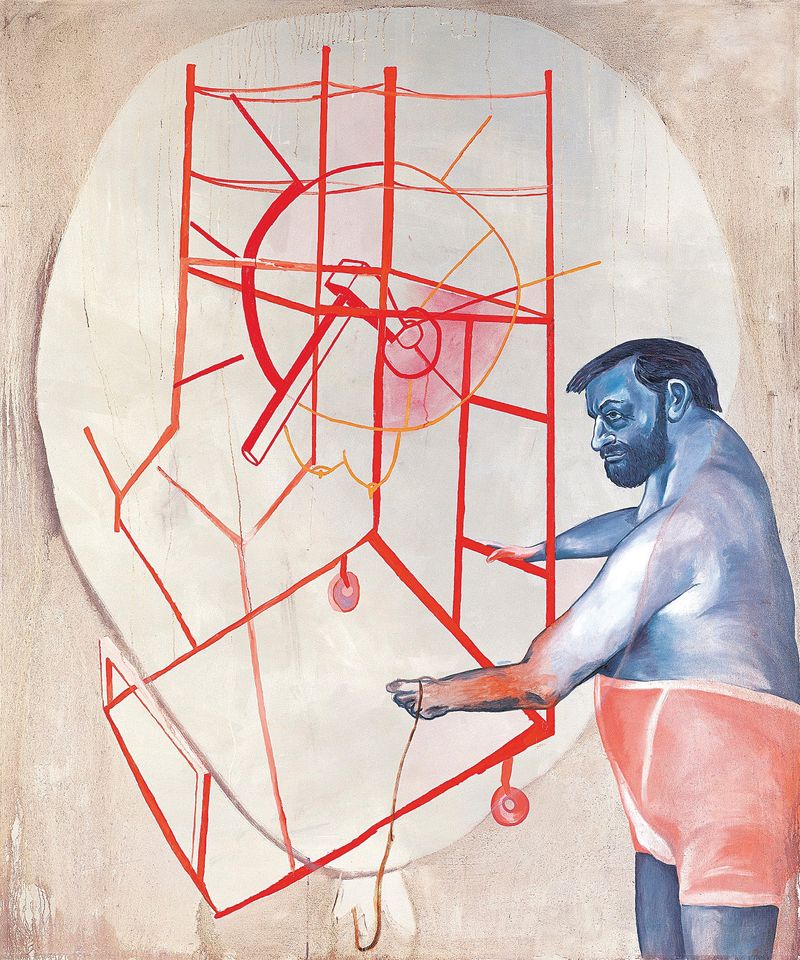 “There is no requirement for a further notice to be provided when the risks and benefits of our guarantee are shared with a partner, unless the partner is planning on bidding at the auction… if the partner does not plan to participate in the auction, the fact that Christie’s has taken steps to insure its risk through the partner is not something that will affect the bidders or the seller of the property,” a spokeswoman says.

Christie’s fulfilled its legal obligations by disclosing which works were guaranteed, noting them as such in the catalogue and mentioning third-party bidding interest before the sale, the spokeswoman says.

Christie’s says that the position in the relevant New York City legal code is very clear—namely, that the auction house is required to notify the public if it has guaranteed a lot offered at auction and that, “as far as parties other than the auction house are concerned, the code only imposes notification obligations where certain other parties are actually… bidding”. New York City law states that nobody with “insider status” is allowed to bid at auction unless this is disclosed in the catalogue, and on signs posted at the sale. It also states: “If an auctioneer or public salesroom has any interest, direct or indirect, in an article, including a guaranteed minimum, other than the selling commission, the fact that such interest exists must be disclosed.”

Third parties generally do retain their privacy, says a spokeswoman for Christie’s. Sellers are “not usually” aware of the identity of third parties that team up with Christie’s on in-house guarantees, nor of the terms agreed, she says. Regardless, Christie’s did fulfil its legal requirements by ultimately confirming that the five works were guaranteed in-house.

“If I’m a prospective bidder, it shouldn’t matter to me how the auction houses are arranging their financial affairs to offset their risk, unless the interested third party is bidding against me,” says Donn Zaretsky, who practises art law at John Silberman Associates in New York. “Christie’s is complying with the law as it’s written, although there is an interesting debate to be had about whether the law should be updated to reflect changing practices.”

The financial journalist Felix Salmon says: “Historically, people haven’t thought about auctions in complex financial terms. People have just thought about them as in-house or out-of-house guarantees… but the question is: how can you sell risk to a third party? If a work fails to sell, then who owes whom what?” When it collaborates with third-party partners, Christie’s would own works that failed to sell together with its undisclosed partners. “We would share the loss on the guarantee to the seller,” says the spokeswoman for the auction house. 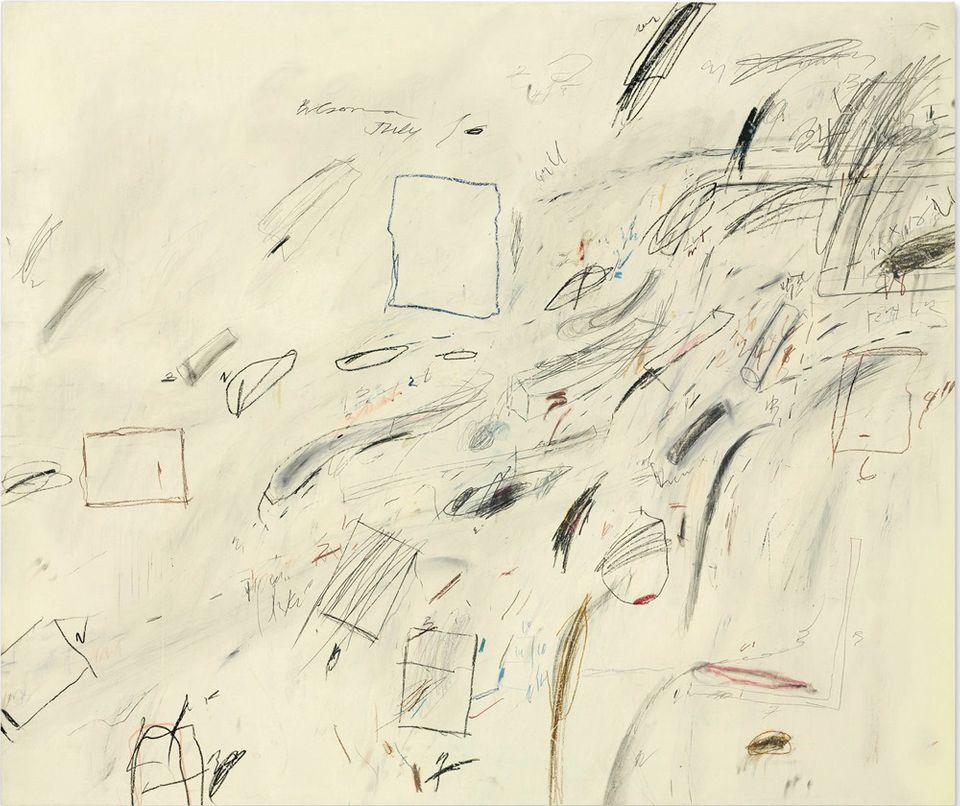 Although these arrangements may appear complex to some, “all bidders and buyers are made aware and are conversant with this system”, the spokeswoman says. Some disagree. “It’s in auction houses’ self-interest to pretend that all their buyers are highly sophisticated,” Salmon says. “But we all know that’s not the case at all. Rich people can be just as dumb as the rest of us.”