The British artist has entered the fray of crypto collectibles, collaborating with The Art Newspaper to auction an NFT for charity. How will an established artist fare in this brave new world? 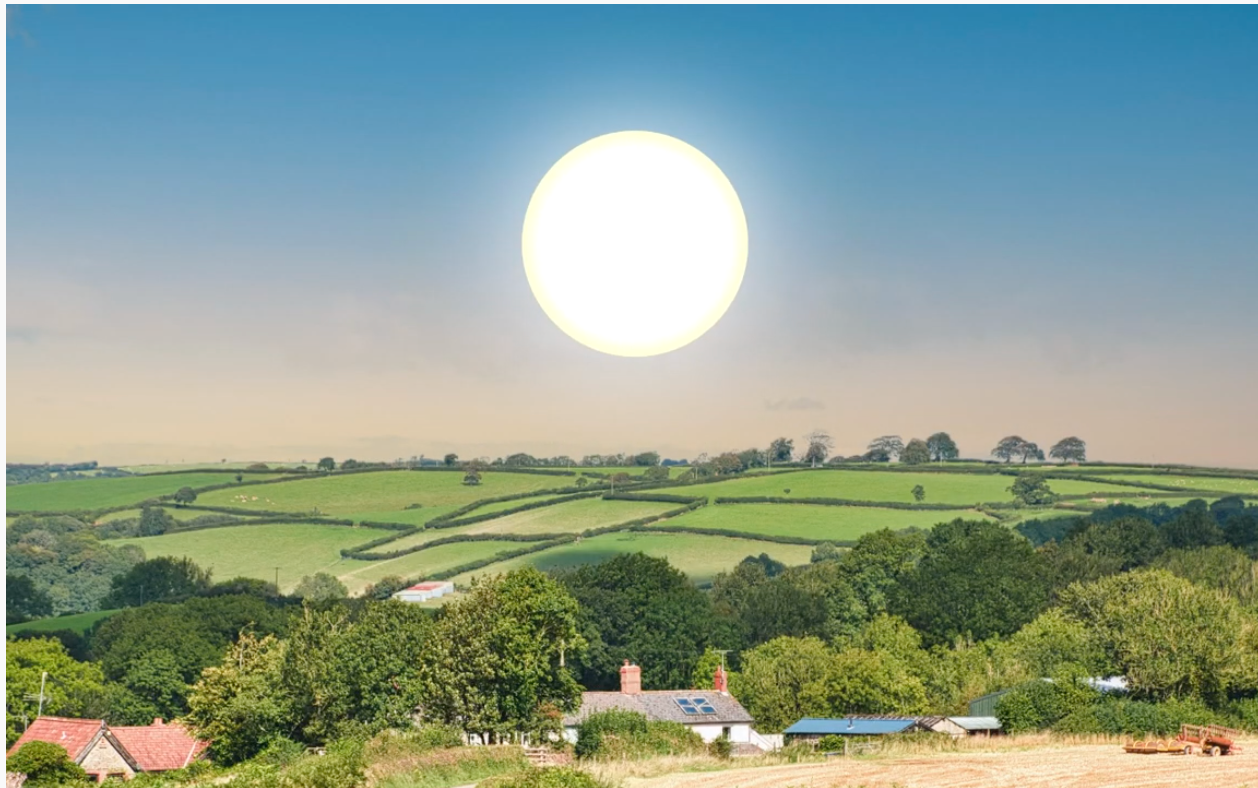 Jeremy Deller’s first non-fungible token, or NFT, is titled The Last Day. A bucolic British landscape—the birds singing, the sun rising high in the sky—becomes a vision of hell. The sun transforms into what might be a Sauron-like eye, but is an Ethereum-branded coin. The landscape is engulfed in flames, the singing birds consumed by the roar of fire.

“This new craze for NFTs feels like another way to bring the end of the world that bit closer,” he says. "This hysteria around them, it’s like a religious hysteria, isn’t it? The end of the world is something we can contemplate now, as a reality. It’s not actually that far-fetched to think of the world ending, or our world at least.”

If Deller’s first NFT reflects the “speculative hysteria” and “apocalyptic undertones” he thinks crypto collectibles contain, then Deller’s involvement with the art world’s latest gold rush is still altruistic. For Deller’s The Last Day will be sold at auction as an NFT for a week, as part of an experiment in association with The Art Newspaper, which follows its journey from creation to sale. The first £10,000 (after covering production fees) will go to charity—the Cool Earth environmental charity and the a-n Time Space Money hardship fund for artists—after that the proceeds will be split three ways between the charities and the artist. The Art Newspaper will not receive any of the proceeds. The auction will start on Wednesday 31 March.

An NFT is, at base, a way of ensuring a digital artwork is unique and tradable. It is a new frontier, and is being talked of as the next evolutionary era for the art market.

For Deller, the sale was the starting gun for a new movement of popular art, one akin to the Science-Fiction and fantasy movement in the 1970s.

“It’s the art of people who are making and creating outside of the regular art world,” Deller says. “It’s the art of a generation who have grown up with the most aesthetically overwhelming experience—and that’s video games,” he says. “And they’re pretty amazing, pretty powerful things. Young people are spending hours in these incredible landscapes and worlds created for them. You can see that influence, I think; it’s spawned an art form—and that art form has a new way of expressing itself, and a new way of selling itself, to the world."

NFTs and the market places that sell them are touted as an alternative to a Wall Street-dominated financial system. If the hype is to be believed, it is a system ripe with democratic potential, will eke power from the art world’s elites and hierarchies, and will allow artists to create, sell, trade and be paid on their own terms. “Which is good,” Deller says. “We could be at the beginning of something. But can all artists do it? Could a painter do it? Or is it just certain artists? And is it real? Or is it all just speculation? I worry about that. It’s an anti-establishment statement—but one made via Christie’s.”

How much does it cost to mint an artwork?

To mint a digital artwork can either be free or typically costs between $70 to $100, depending on the platform. If it sells, however, you will be charged a "gas fee", which fluctuates greatly. There is also some legwork involved: you need to create a wallet, buy some crypto, and choose the right platform. Once your NFT is minted, you choose a starting price, determine the royalties you want to receive, promote your creation on old fashioned social media with a ‘drop’—and wait for the bidding war.

How do you create a wallet?

A ‘wallet’ is a core component of a blockchain system. In line with blockchain principles, users will need a wallet to access the platform, sign off on the transactions and manage the balance. This way, on-chain platforms eliminate the need to store users’ account details, making the platform more secure.

A wallet is composed of two parts: a ‘public address’ and a ‘private key’. A good metaphor for this is ‘a mailbox’ and ‘a mailbox key’. Anyone can drop something into the mailbox, but only the owner of the private key can access it. The private key can usually be found in the settings section of your wallet.

Numerous cryptocurrency wallet apps are readily available across Apple and Android to purchase and store cryptocurrencies. Many wallets—like BitPay, Bither and Unstoppable, for example—are designed specifically for new and inexperienced Bitcoin traders, and can guide users through gas and user fees, environmental impacts, security and privacy concerns. Some wallets offer heightened security beyond a simple email and password, with a call-and-response type 12 word access phrase (also known as seed phrase). For those interested in this boosted security protocol, Metamask is the wallet for you.

Another wallet worth mentioning is Fortmatic (Magic), which does not require setting up a seed phrase, a user can simply login with an email and password. The wallet will create and store the seed phrase for you, without you having to see or store it.

How do you buy crypto for your wallet?

You can buy crypto with traditional fiat currencies, such as US dollars, Euros or British sterling, from a cryptocurrency exchange such as Coindesk. For peer-to-peer sales, you would normally purchase crypto from an existing seller looking to sell crypto by creating a new buy order. Once the agreed payment has been received via bank transfer, the crypto will be sent via a ‘blind escrow’ to your digital wallet. You are then free to trade your existing crypto with other cryptocurrencies, or cash in for fiat currencies. Binance is the world's biggest Bitcoin exchange, whilst BitForex is the most active cryptocurrency exchange. BitMEX is the leading ‘peer-to-peer' trading platform. Ramp easily allows you to top up your crypto balance with fiat currency via a credit or debit card or from Apple Pay.

How do you choose the right platform?

Much will depend on your experience or confidence in navigating the nuances of cryptocurrency, what you want to achieve by collecting and trading with crypto, or your priorities regarding issues like insurance, costs or security and privacy concerns.

Ask yourself: are you in this for the long haul, or do you want to trade short term? Are you planning to quickly amass an army of NFTs, dip your toe into a new market, or play the futures game, like a traditional stock and shares trader? Having an initial strategy will determine which platforms would be the best fit.

Others, like Coinbase and Paxful, offer premium security features—like two-factor authentication technology or seed phrasing—that will protect you from being hacked or phished. Then there are smaller platforms known for their ease of usability, like Changelly or Coinmama, which, whilst potentially charging more in fees or offering less in long-term protection, would be easier to navigate for the green NFT trader looking to test the waters. But the best known is Nifty Gateway, a crypto platform founded in 2018, and which gained worldwide headlines by ‘hosting’ Christie’s Beeple auction.

Are there any hidden fees? And what is a gas fee?

For the uninitiated, yes. Plenty of new collectors have found themselves quickly out of pocket after falling foul of conversion fees between different forms of ether or other obscured platform fees that kick in at the point of buying and selling.

But the real costs accrue from so-called gas fees. On most NFT platforms, traders have to pay for the computing energy—or the so-called gas fees—required to process transactions on their blockchain. And, as environmentalists have been quick to point out, this can be sizeable.

As the Open Sea platform, which Deller used for his NFT, uses the ‘lazy minting’ principle, minting The Last Day did not require any gas. However, once the work is sold, transfer to a new owner will require 48.14 kilowatt-hours of processing energy on the Ethereum platform. That is equivalent to 1.63 days of power consumption for an average American household.

Deller has also limited his edition size to one to keep environmental impact low.

What happens when you mint a work? How does a drop work?

The process of minting your work is perhaps the most straightforward part of the process, and is not dissimilar to uploading a video to Youtube or an MP3 to Spotify. By minting your work, you are ensuring it becomes a non-fungible token, or NFT, replete with its own unique and trackable metadata. Effectively, you are ensuring your creation has a trackable provenance. You are making a singular asset that can now be sold and owned.

By ‘dropping’ your work, you are announcing your intention to put it up for auction on the blockchain. To ‘drop’ well, one might think of employing the age-old arts of public relations—a catchy headline, a narrative to sell, a social media campaign, a press strategy, maybe even an article in The Art Newspaper.

What happens after you sell the work?

By creating an NFT, you are ensuring your ownership of that creation is recorded on a blockchain, which is a decentralised, totally transparent and impossible to manipulate digital ledger, one that acts as public proof of your creation’s singularity. The unique metadata connected to your NFT is viewable on the ledger, so everyone can see it. Once you have someone interested in purchasing the work, they are free to offer bids via the blockchain. If you accept the bid, the trade will be publicly registered, the ownership of the NFT will be transferred, and the identity of the owner and the details of the trade logged on the blockchain. You could, then, wake up to discover you are a newly minted crypto-millionaire. All you have to do is work out how to exchange your crypto for fiat money before buying that flight to Palawan.

UPDATE: The verification of our account on the OpenSea platform took longer than anticipated, so the auction was delayed from Monday 29 March to Wednesday 31 March. We apologise for the inconvenience.