How Toronto learned to embrace its street art

After the former mayor’s crackdown on graffiti triggered a backlash, city officials decided to stop arresting artists and start hiring them

At one of the busiest street corners in Toronto, a nine-storey mural by the British graffiti artist Phlegm depicts a human figure curled into a sleeping position. Inside the figure’s outline is a congested landscape of buildings. The untitled work, commissioned by the city, is an example of how the local government has turned around its view on street art.

It wasn’t too long ago that Toronto waged a war on graffiti, led by its former mayor Rob Ford, who in 2011 toured the city streets with a high-pressure water hose in hand. His clean-up campaign triggered a counterattack by street artists, including a writer called Spud, who depicted a scowling Ford in a grotesque swirl, under which was written “Remove Me”. (Ford’s four-year term as mayor was marked with controversy, notably his admission of substance abuse problems after a video surfaced of him smoking crack cocaine. He died earlier this year of cancer.) 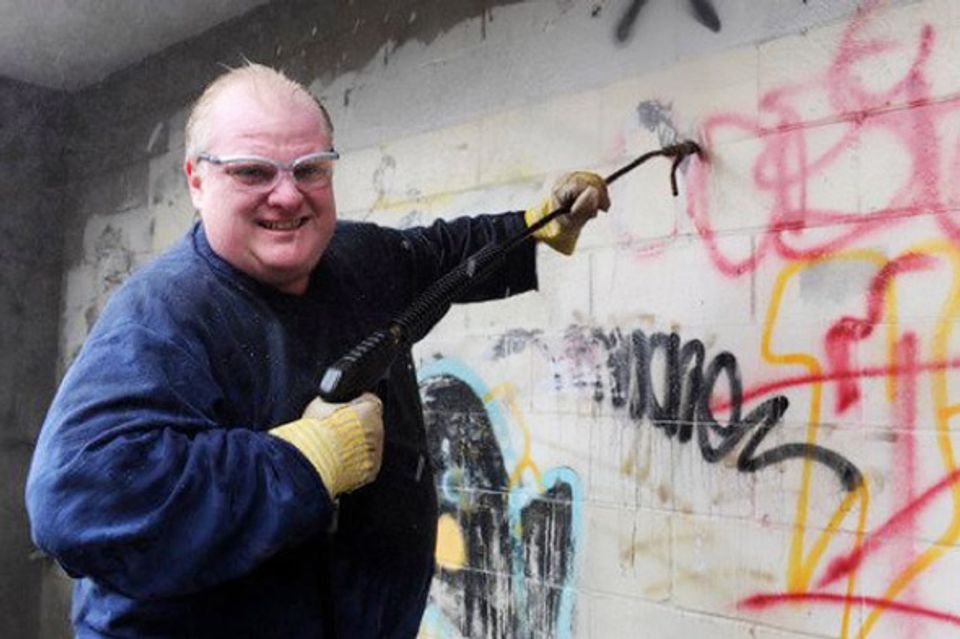 But another city agency tried a different track. Sensing that it would be cheaper to hire street artists than to arrest and prosecute them, and to fine building owners who failed to remove the tags, city officials designed a programme that would pay graffiti artists to paint the walls.

“The whole programme has sensitised people that streets shouldn’t just be about advertising,” said Lilie Zendel, who manages Street Art Toronto, or StART. “In some ways, [Ford’s] obsession allowed us an opportunity to create a programme that five years later is having a huge impact on recognising the importance of public space and beautification.”

Since Ford left office, the budget has expanded from $450,000 to more than $2 million. One of the most popular project’s today is Outside the Box, which decorates the two-meter-high utility boxes that power traffic lights; the city has funded more than 300 of them.

Projects are proposed by non-profit agencies, which receive up to 70% of the cost to produce the work from the city of Toronto. The commissioning is also regulated. The owners of the walls must agree to keep these “ephemeral” works up for at least five years, and the sponsors must also allot 5% of a project’s budget to maintenance, which can include removing any non-commissioned graffiti. 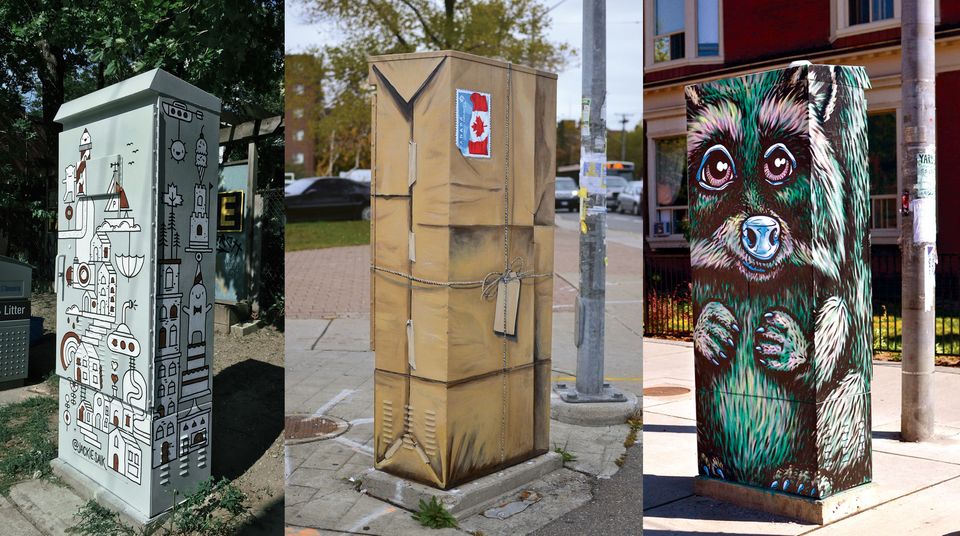 One of Street Art Toronto's most popular project’s is Outside the Box, which decorates the two-meter-high utility boxes that power traffic lights; the city has funded more than 300 of them

At first, the city’s ceiling of grants for individual works was $20,000. For the mural by Phlegm, who won’t talk to the press, and for comparable projects, it rose to $50,000. While this might seem like a high price to pay, graffitied locations have already generated strong interest from film and television productions. Flooded with request from property owners to engage street artists, the city has set up a directory to connect artists and clients with walls to paint.

And to show how far the city has come in connecting with its street artists, Zendel said that the programme is preparing to mark Canada’s 150th anniversary of confederation on 1 July 2017 by inviting graffiti artists from around the country to decorate the pillars of a traffic underpass in Toronto, half of which has already become a vast outdoor gallery.