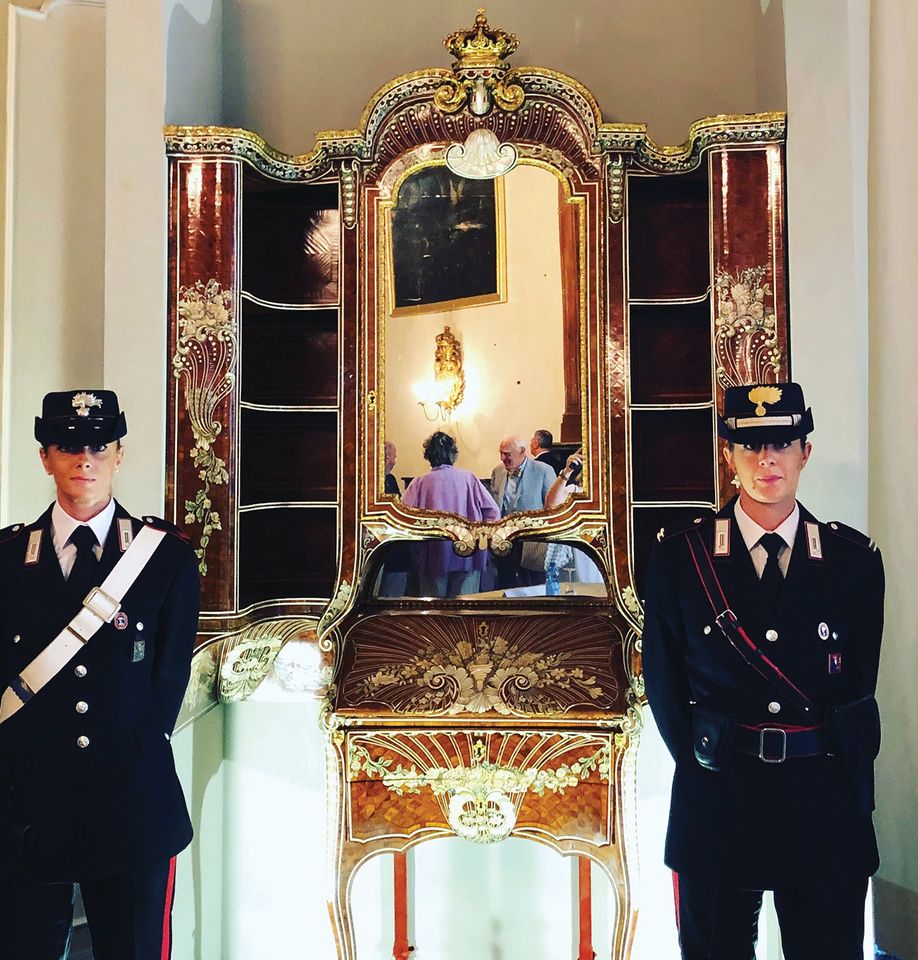 A secrétaire by the 18th-century Italian cabinet maker Pietro Piffetti (1701-77) has been restituted to the Italian state by a private Swiss collector who inherited it. When it was presented in July at Turin’s Palazzo Chiablese, General Fabrizio Parrulli of the Carabinieri Command for the Protection of Cultural Heritage said: “We prevent crime, but we also exercise cultural diplomacy, persuading people that it is right that a work of art returns home.”

Even so, the piece would have been difficult to sell. While the crime of its illegal export in 1976 has lapsed due to the seven-year statute of limitations, the Italian state sets no time limit on its right to confiscate an illegally exported work. Moreover, the secrétaire is a fixture, not a chattel; it has only two front legs since it was built into an alcove in the royal apartments of the Palazzo Chiablese. This makes it state property, which is inalienable per the division of royal possessions between the state and the House of Savoy after the abolition of the monarchy in 1946.

Made of rosewood, ivory and mother-of-pearl, the secrétaire is estimated to be worth €2m. It was removed with the agreement of the authorities by the duchessa di Genoa, the last member of one of the royal family lines, from the Palazzo Chiablese after the Second World War, where it survived two bombings in 1943.

Until 1956, it sat in a garage in Turin until it was bought by Mario Tazzoli, a well-known marchand-amateur. In 1976, it was taken to Switzerland before it was loaned in 1996 to New York’s Metropolitan Museum of Art until around 2009. It will go on display at the end of the year in the palace of Venaria Reale, just outside Turin.