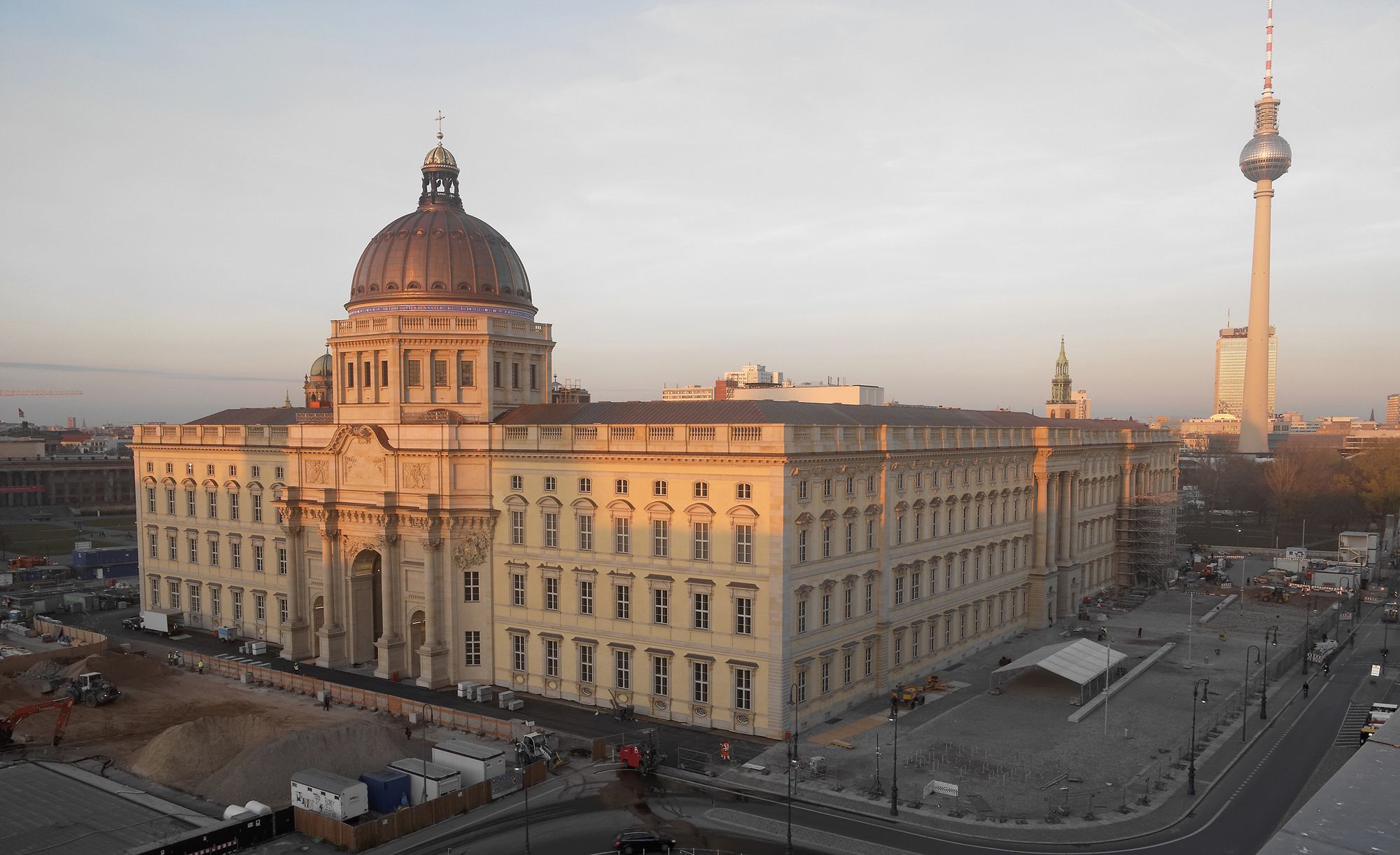 The opening of the Humboldt Forum has been delayed multiple times © SHF / Hi.Res.Cam

Berlin’s Humboldt Forum, a vast new museum complex in a partial reconstruction of the Prussian royal palace, has postponed its opening for the third time because of an extension of the German pandemic lockdown that has been in force since early November.

The federal government and Berlin city senate have announced that lockdown restrictions, which include museum closures, will remain in effect until 22 December. The Humboldt Forum was scheduled to open its doors to the public on 17 December. Instead, from 7 pm on 16 December, it will livestream views of the inside of the building and its exhibitions.

“A physical visit isn’t possible at the moment unfortunately, but we would nonetheless like to celebrate the completion of the Humboldt Forum,” the general director, Hartmut Dorgerloh, said in a statement.

The opening, initially scheduled for autumn 2019, has already been twice postponed—first because of construction delays, and then again because of the pandemic. The plan was to open it in stages from December 2020 through to summer 2021, with a children’s exhibition and an interactive exhibition about the history of Berlin and its global connections opening in January. The last phase is the opening of the Ethnological Museum and the Museum for Asian Art, scheduled for the summer.

The new culture complex in the heart of the city aims to stage about 1,000 events annually and expects to welcome as many as three million visitors a year.