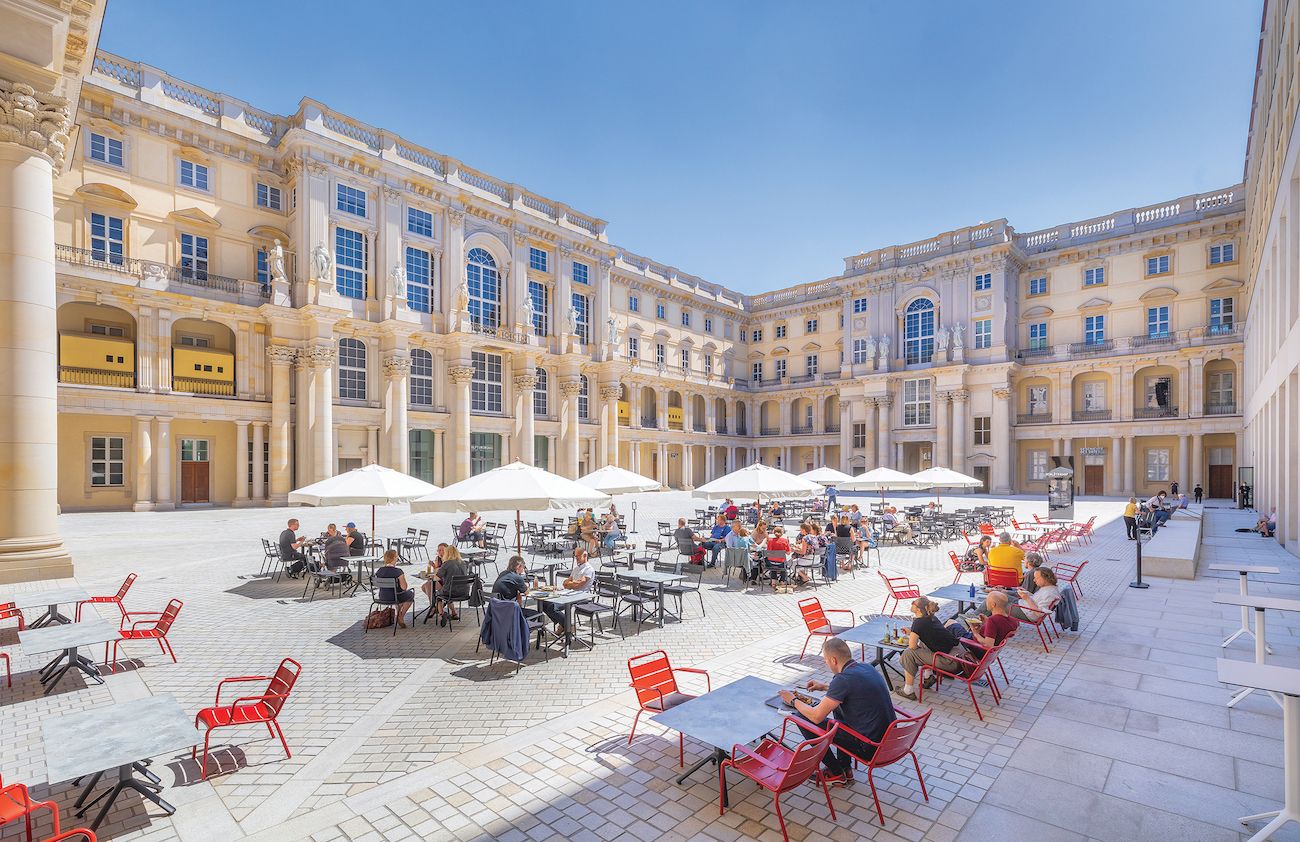 Six exhibitions are due to launch in the Humboldt Forum’s ground and first floors, while an outdoor programme, including dance, film screenings, concerts and lectures, will take place in the Schluterhöf courtyard David von Becker; © SHF

The Humboldt Forum, a vast new museum complex in a partial reconstruction of the Prussian royal palace in the centre of Berlin, is scheduled to open tomorrow almost two years of postponements caused first by construction delays, then by Covid-19.

The new culture complex, whose final budget exceeded €680m, aims to stage around 1,000 events annually and expects to welcome as many as three million visitors a year. While the exterior terrace and courtyards have been accessible to the public since last year, the official opening of the interior on 16 December 2020 had to take place via livestream.

But as the pandemic ebbs and Germany eases restrictions, six exhibitions will open on the ground floor and the first floor of the building from 20 July.

Terrible Beauty: Elephant. Human. Ivory explores the history of the global trade in ivory in a programme developed by the Berlin State Museums, the Natural History Museum and the National Museums of Kenya. Colonial exploitation, which the show addresses, became the focus of heated debate during the planning and construction of the Humboldt Forum, which will display Berlin’s ethnological collections.

A major science exhibition mounted by the Humboldt University, After Nature, also opens on 20 July. It explores the impact of climate change and loss of biodiversity on society and democracy. An exhibition geared towards children between the ages of three and 10, called Have a Seat!, looks at why, when, where and how different groups and societies sit down.

Meanwhile, an interactive permanent exhibition, Berlin Global, takes a handful of themes to explore Berlin’s connection with the rest of the world, including revolution, war, entertainment and fashion. A fifth display is devoted to the brothers Alexander and Wilhelm von Humboldt, who gave the complex its name. Born in 1769, Alexander was a naturalist, explorer and geographer, while Wilhelm, two years older, specialised in political theory and the philosophy of language and history.

The basement contains some remains of the historic palace walls and a medieval Dominican monastery, excavated in 2008. An archaeological exhibition examines the history of the site, while fragments of the original palace from several centuries are on show in the Sculpture Hall. A video panorama sweeps across eight centuries of the site’s history, emphasising that it “has always been a work in progress in the service of power”.

The Humboldt Forum will be a work in progress a little longer: the second and third floors of the west wing open on 22 September, with displays of Berlin’s ethnological and Asian art collections. These include a section on Japan featuring a tea house, Chinese imperial art and parts of the African collections. A rooftop restaurant also opens that month.

The second and third floors of the east wing, with the rest of the ethnological and Asian displays, will open in the first half of 2022. Among these are sections on the history of the Afro-Brazilian diaspora in the Amazon region, the global diversity of Islam and Southeast Asian theatre traditions. A temporary exhibition of the Benin bronzes, which Germany has pledged to restitute to Nigeria, is also planned.

Over the summer months, a number of dance performances, film screenings, concerts and lectures are scheduled, as well as an open-air festival in the Schlüterhof courtyard.