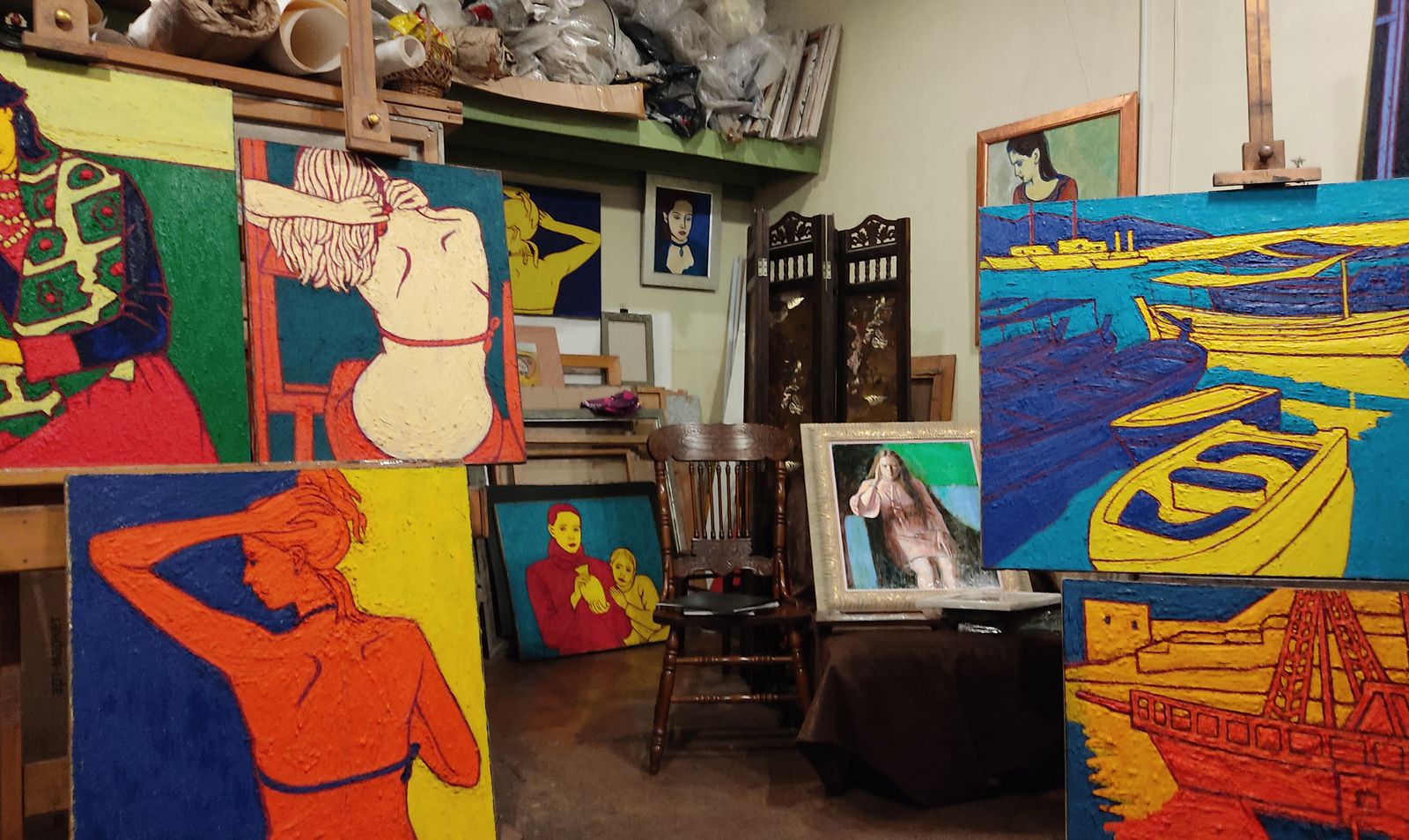 More than 700 artists in Moscow are being “forced onto the streets” by the Russian government, which is bulldozing their studios to make way for urban development, the Moscow Union of Artists (MUA) says.

Roughly a thousand studios—mostly located in 1960s “Khrushchyovka” residential buildings—are scattered across the capital, with around 500 earmarked for demolition. They are owned by Moscow City and leased out for free by the MUA as part of a Soviet-era scheme to train artists. While the initiative is now obsolete, a long line of painters, sculptors, and potters has continued to benefit from the subsidised spaces for decades.

Normal residents of the targeted buildings are being moved into new accommodation but the artists are being evicted without substitute workshops being offered by the government. The final eviction notices arrived in December.

“The lease contract drawn up by Moscow city has a clause stipulating that if the buildings are demolished, we cannot demand replacement studios,” says Yuri Kurshakov, who works for the MUA. “It’s hard to stomach because we’re not just talking about a few studios here, but entire clusters that will disappear.”

As it stands, the MUA is only able to provide one-third of its 7,000 members with workshops and claims the “deceitful” authorities are not helping, despite Moscow mayor Sergey Sobyanin's promise that “no artists would be left on the street.” The union adds that it is currently impossible to hold meetings with the authorities to discuss the situation due to the pandemic.

The first studios scheduled to be razed are in a five-story building in Moscow’s eastern Izmaylovo district next to Schelkovskoe highway. The specially designed spaces have been occupied by artists since 1961; 14 currently work there and were issued an eviction notice in August last year. “We’re fighting this unfair situation because we’re being deprived of a workplace,” says Denis Rudykh, who has occupied a workshop there for a decade. “Without a studio, an artist ceases to be an artist. We’re not giving up.” 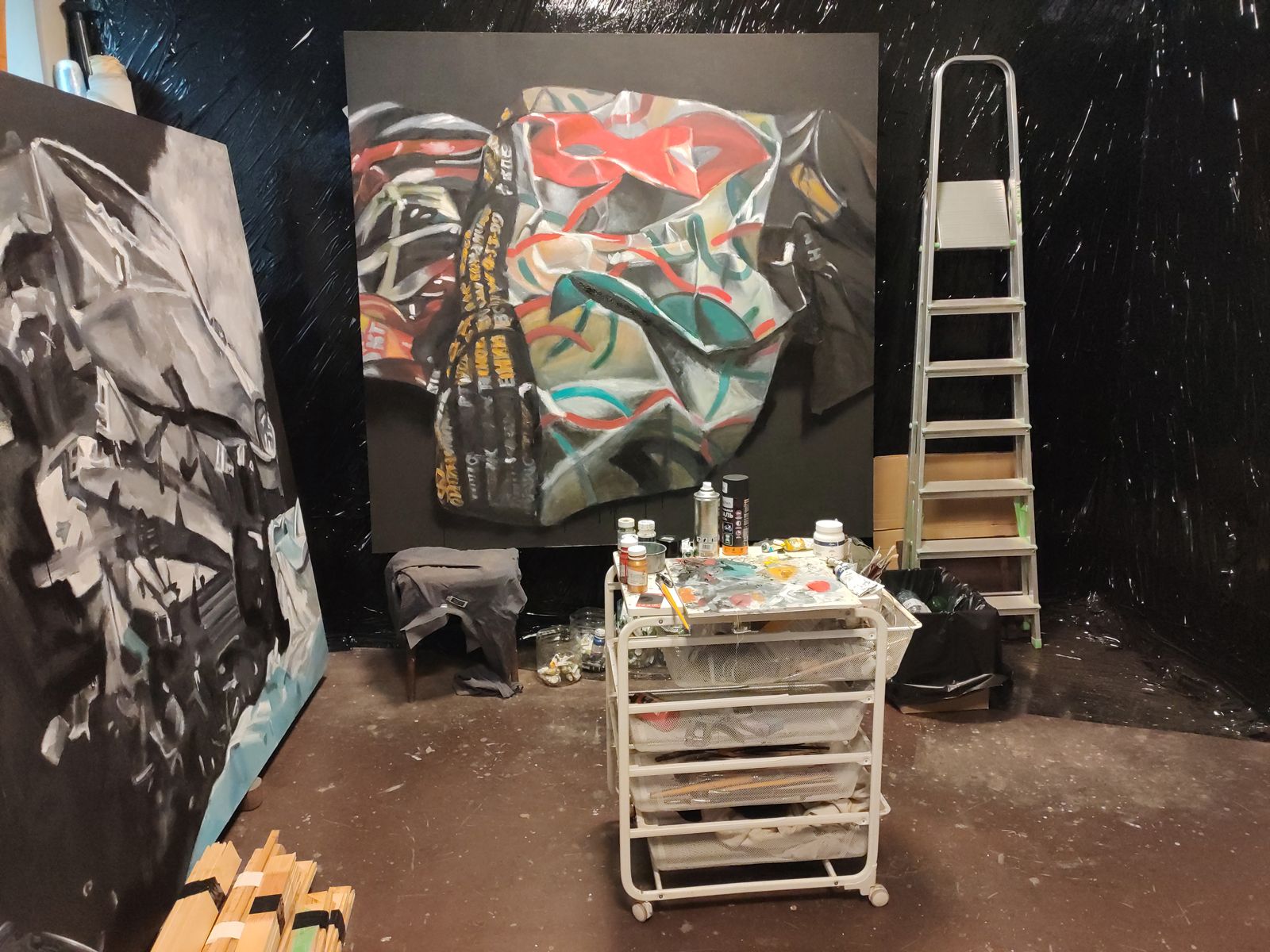 Five hundred studios have been earmarked for demolition © Denis Rudykh

Moscow City Council Deputy Yelena Yanchuk is fighting the artists’ corner. She has also accused Sobyanin of “making empty promises” and says her pleas are falling on deaf ears. She calls the situation “absolutely absurd.”

The artist Yaroslav Martynov—who died in December at the age of 59 after a battle with cancer—inherited his father’s workshop in Izmaylovo in 1998. “It is difficult to link his death to the eviction with certainty but it did not help his peace of mind, it all coincided and it was terrible...we had to pack and move very quickly, it was very stressful,” says his wife Evgeniya. She argues that the MUA has not done enough. “The union stayed away from the problem when it first appeared...when it first heard about the eviction it moved sluggishly and didn’t hold a meeting with the artists until two weeks later.”

Kurshakov, however, says the MUA has done everything within its power to help the artists but says its “tools to influence the situation are limited.”

“We received a notice telling us to vacate our studio in Izmaylovo in two months although the contract between the union and the government is valid until 2025,” says the artist Alexei Spirenkov, who shared a workshop with his wife. “The union allocated us a space after we moved, but it’s tiny. Most artists have nowhere to go and nowhere to store their work.”

As part of Moscow’s huge revamp, the government is planning to move 10% of the capital’s population from dilapidated post-war housing into modern apartments. “The first floors of these new buildings are non-residential...to give part of these premises to the artists is a no-brainer, especially as two to three times more housing is being built than demolished,” says Moscow City Council Deputy Dmitry Baronovsky. “Apparently, the city does not need artists. they do not bring income to the budget and it’s financially unprofitable to provide premises for them.”