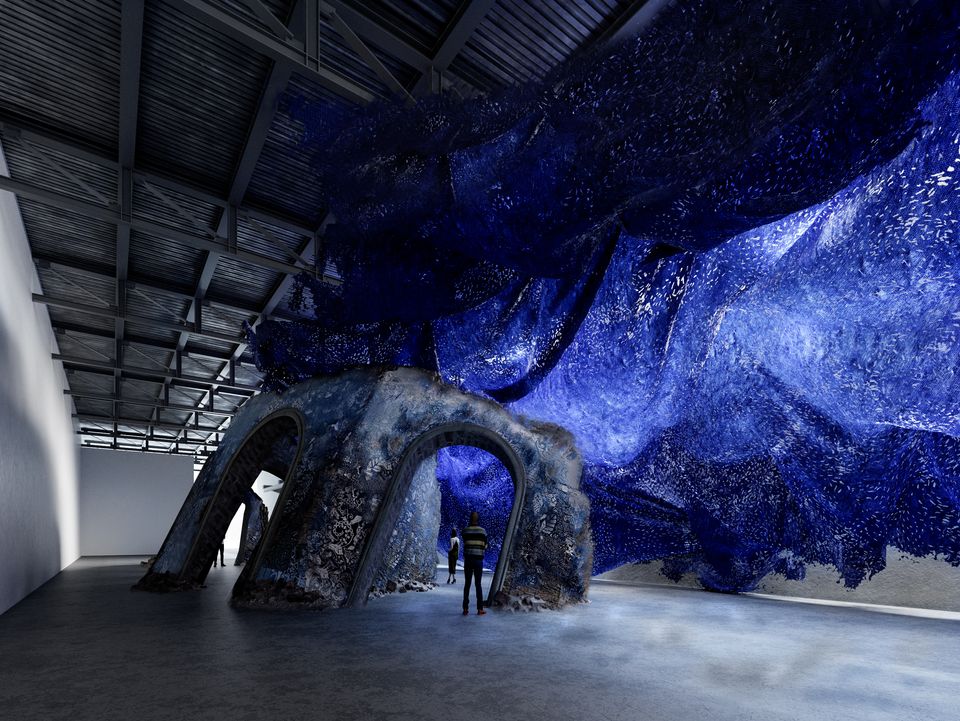 The Institute of Contemporary Art (ICA) Boston announced on Thursday that when the Watershed—the museum’s 15,000-square-foot, seasonal project space situated in a former warehouse on Boston Harbor reopens next May, it will boast a mammoth new sculptural installation by the artist Firelai Báez.

The project will be the largest yet in Báez’s career, and “reimagines ancient ruins as though the sea had receded from the Watershed floor to reveal the archaeology of human history in the Carribean,” according to a press statement.

“We are thrilled to be working with Firelei Báez on a new commission for the Watershed’s third season,” says Eva Respini, the chief curator at the ICA. “Báez’s monumental, site-responsive installation brings diasporic narratives to the fore and invites an expanded view of Boston’s histories of revolution and independence to encompass under-acknowledged revolutionary movements, like the Haitian Revolution”

Báez was born in Santiago de los Caballeros, Dominican Republic, to a Dominican mother and a father of Haitian descent before moving to Miami at age nine. She currently lives and works in New York. Every summer, one artist is invited to create a site-specific work or installation at the Watershed, and past participants have included Diana Thater and John Akomfrah.