A few months after President Donald Trump pulled the US out of the Paris climate accord, the historic agreement signed by 195 countries to reduce greenhouse gas emissions, an exhibition is due to bring the impact of climate change to his Florida doorstep in September. Earth Works: Mapping the Anthropocene, at the Norton Museum of Art in West Palm Beach—just across the lagoon from Mar-a-Lago, Trump’s southern residence—features images of melting glaciers by the Brooklyn-based artist Justin Brice Guariglia. 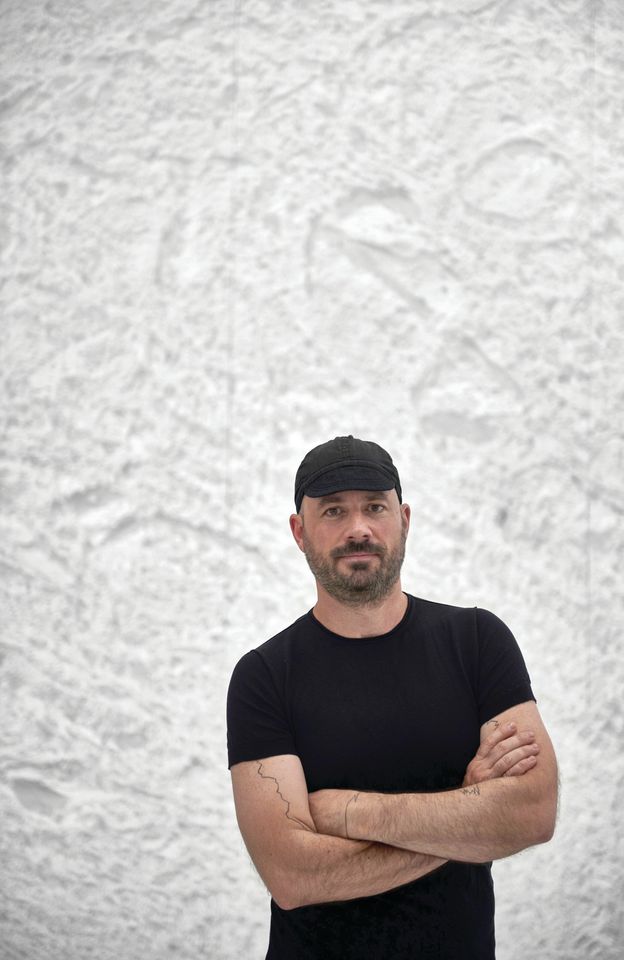 Guariglia, who started off as a photojournalist for publications such as National Geographic and Smithsonian before turning to art, captured the images over the past two years while flying over Greenland with Nasa scientists on a mission to study the effect of rapid glacier melt on rising sea levels. “The ice in these pictures is 110,000 years old,” Guariglia says. “That ice is all gone, that’s all melted already… it’s in the ocean and it’s spread out all over the world. We’re in contact with it here [in Brooklyn] but we can’t see it. I’m interested in how the works can provide a way to shape our understanding of the world around us.”

Using an industrial-scale printer that he has hacked, Guariglia has printed some of the images on to large sheets of polystyrene, building up thin layers of acrylic paint to create an almost trompe l’oeil surface that mimics the craggy faces of the “galloping” glaciers. “I’m able to put acrylic down on to any material in a very, very precise fashion,” Guariglia says. “It’s the same way that Rauschenberg was doing his transfers; this is the contemporary version of that.”

The show’s curator, Tim Wride, who oversees the museum’s 3,000-strong photography collection, remembers being “wowed” by the glacier works during a visit to Guariglia’s Brooklyn studio—so much so that the museum acquired the 10ft-tall piece QAANAAQ I (2015-16). This exhibition includes that work, as well as earlier pieces that draw on landscapes in Asia that have changed dramatically because of human intervention (for example, farming and mining), printed on surfaces such as aircraft-grade aluminium and gold leaf. Some resemble traditional Chinese scroll painting while others have a more Cubist feel, Wride says, and it was Guariglia’s deliberate manipulation of the photographic image and his deft use of materials that convinced him to organise the show. “He had the chops to back it up,” Wride says.

Guariglia’s work has also been indirectly recognised by the same administration whose Environmental Protection Agency chief, Scott Pruitt, publicly denies that rising carbon dioxide emissions are the main cause of climate change. In June, the Norton secured a $20,000 grant from the National Endowment for the Arts to support the exhibition. With the agency’s budget targeted for the chopping block by the Trump administration, this most recent round of funding could be among the last. And a new artist fellowship backed by the Simons Foundation at New Lab in New York will allow Guariglia to expand his app After Ice, which uses augmented reality to show selfie-takers what their surroundings will look like as sea levels rise. Guariglia says the project will allow him "to bring the art back, front and centre, into the concept and idea that drove the app".

“One of the unique things an artist can do is to help shape realities and, at the same time, have a political and social message,” Guariglia says. “Artists today really have to use art to carry an important message forward.”

• Correction: an earlier headline for this article stated that Guariglia's photographs are of icebergs; in fact, they are of glaciers. Also, the Norton Museum acquired a 10ft-tall piece called QAANAAQ I, not a 16ft-tall piece titled JAKOBSHAVN I