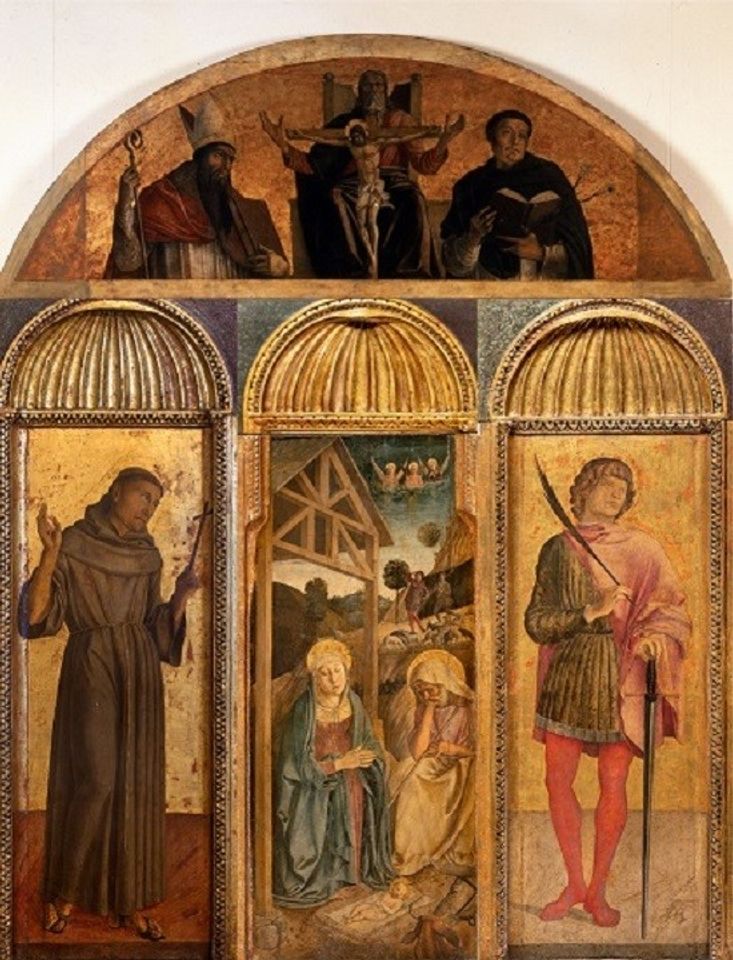 The Venice in Peril charity has released images of a nativity triptych by the Bellini workshop which was in the final stages of cleaning before conservation studios closed last month due to the coronavirus outbreak.

The triptych, housed at the Accademia Galleries in Venice, was painted in the early 15th century for the church of Santa Maria della Carita, which now forms part of the galleries. Early last year, Venice in Peril launched a £55,000 appeal to support the conservation project in a bid to discover “more about Giovanni Bellini's early working life and the contribution made by his family [his father Jacopo and brother Gentile] and other artists in his workshop”.

Images posted on the charity’s Instagram feed show the restored lunette area (half-moon shaped part of the triptych). “For Easter week, we show the central section of the lunette with the Holy Trinity: God as a massive presence, with the Holy Spirit faintly outlined against his beard behind the vulnerable figure of Christ on the cross,” says the Instagram post.

Crucially, conservators working on the triptych say they are “impressed” by the quality of the underdrawings—preliminary sketches on the panel—that have come to light. “The Misericordia conservation studio in Cannaregio [Venice], where the Nativity Triptych by the Bellini family is being conserved by a team headed by Milena Dean, has had to close but we can share these wonderful images of details from the lunette which show the quality of the underdrawing using reflectography, and the colours and brushwork of the crucifixion,” says Venice in Peril, pointing to a detailed reflectography image of the figure of San Domenico from the lunette.