John Baldessari, Beverly Pepper, Irina Antonova and Christo were among those who died last year

As 2021 dawns, we want to pay tribute to the artists, curators, writers and dealers who died in 2020. Below is a selection of our obituaries for the year (click on the person's name to read the original obituary). 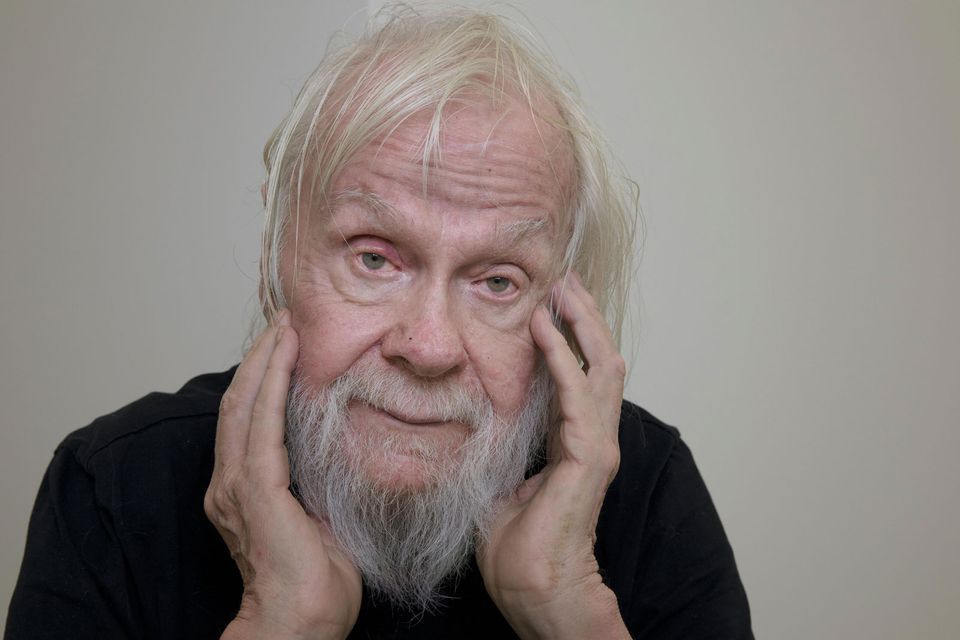 A thinker and, in his own words, “a frustrated writer” (there was a short-lived stint as a critic in the 1950s), Baldessari constantly probed and pushed the parameters of art. He gave words and images equal weight and rejected the hand of the artist, choosing instead to employ professional sign painters to create his text works.

Smith inhabited the Canadian landscape, but made it his own, playing between representation and abstraction in innovative ways. A regular beachcomber, Smith recounted his process in a 2008 documentary by David James called Gordon Smith: the Reflective Canvas.

Though she began as a painter, Pepper is best known for large sculptures fashioned from Cor-Ten steel—a metal which acquires a painterly sepia patina over time. While this type of steel is perhaps more commonly associated with Richard Serra, Pepper began using it in 1964 when Serra was still a young video artist.

Youngerman, who drew inspiration from bodies of work such as Matisse’s cutouts and Jean Arp’s relief prints, preferred a flatter painting style rather than the heavily applied, impasto surfaces made popular at the time by artists like Willem De Kooning.

Ulay was perhaps best known for his collaboration with Marina Abramović, whom he met in 1976 in Amsterdam. For 12 years, they were among the world’s most famous and pioneering of artistic couples. They symbolically ended their relationship with a performance that saw the the pair walk towards each other across almost 6,000km of the Great Wall of China.

A gifted and energetic theorist and communicator, Gregotti wrote 30 books, the last in 2019, and poured out articles on architecture and town planning for the leading Italian newspapers. Between 1982 and 1986 he edited the influential architecture magazine Casabella.

In 1990 Berger published the essay Are Art Museums Racist in the September issue of Art in America, in which, as the text puts it, he set out to “examine the complex institutional conditions that result in the exclusion or misrepresentation of major cultural voices in the United States”.

His friendships with key artists are illuminating. Francis Bacon painted at least nine portraits of Beard, according to the Hugh Lane Gallery in Dublin where Bacon’s Reece Mews studio is housed. More than 200 photographs taken by Beard were found in the studio, the contents of which were donated by John Edwards, Bacon’s heir, in 1998.

As a printmaker, Hashmi worked in various media including intaglio, woodblocks, lithography and silkscreen, drawing on personal memories. “Her art poignantly chronicles her life and features recurring themes of home, displacement, borders, journey, and memory,” says a statement on the artist’s website. 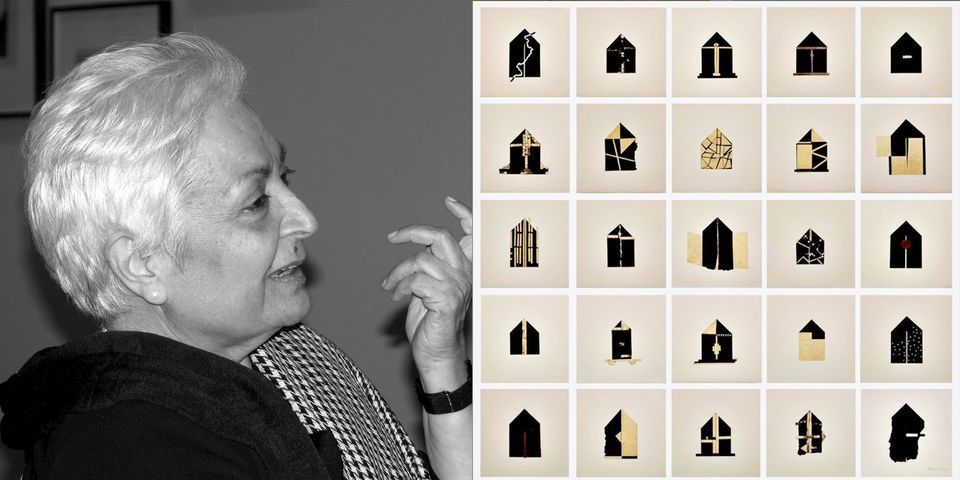 Celant wrote the text Arte povera: notes for a guerrilla war, which, published in Flash Art in 1967, has gone down in history as the manifesto of a movement destined to dominate contemporary art policy in Italy for decades—in exhibitions, museum acquisitions, and collecting—and, to some extent, also in Europe.

Palatnik's first “kinechromatic device”, Kinechromatic Device, Objeto Cinecromático: Azul e Roxo em Primeiro (1949), was a motorised light sculpture that cast light and shadow into space. Featured in the first São Paulo Bienal in 1951, it garnered critical acclaim—although it did not fit within any of the existing art categories, its originality won it an honourable mention from the international jury.

Rothenberg’s 1975 solo show at 112 Greene Street, in which the artist displayed three large paintings of horses, was heralded as a brave departure from the Minimalist methods that dominated the SoHo art scene at the time.

Amos was a key member of the New York-based African American collective Spiral, formed in response to the 1963 March on Washington. In the 1970s she was an editor at Heresies, a feminist journal that published texts by Ana Mendieta, Adrian Piper and others, and after their founding in 1985 she became a member of the Guerrilla Girls.

Christo and Jeanne-Claude's projects became more and more ambitious and the pair became known for wrapping public buildings and landmarks, such as the Pont Neuf in Paris in 1985 and the Reichstag in Berlin in 1995. “Like classical sculpture, all our wrapped projects are not solid buildings; they are moving with the wind, they are breathing,” Christo told us.

Chan co-founded the Hong Kong Visual Arts society in 1974, the Artmatch Group in 1995, and Culture Corner Academy, a private art school that cultivated a few of the territory’s new generation of contemporary art stars including Lee Kit and Ho Sin Tung.

Felguérez was also a pioneer of digital art in Mexico at a time when there were only three computers in the country. While teaching at the National University, he managed to wangle a few hours a week on the computer and embarked on an early form of coding that enabled the machine to generate a series of shapes and colours.

The Berlin-based Mexican artist Julieta Aranda, a friend and colleague, says in an Instagram post that she pays tribute to Blum on behalf of the Berlin artistic community. Aranda remembers “a woman with a name, a profession, a rich life and a precious smile that we want to share with everyone."

In 1968, Popper wrote Origins and Development of Kinetic Art, an essential reference text which analysed space and movement in works by artists such as Vincent van Gogh and Victor Vasarely. He later examined interdisciplinary new media practices.

Hurtado's cosmic curiosity proved unyielding throughout the entirety of the eight decades she spent painting, and in an interview with T Magazine, Hurtado spoke calmly of her own mortality. “I’ve concluded that I’m going somewhere,” the painter said. “It’s not death; it’s a border that we cross. I don’t think I’ll be able to come back and tell you, but if I can, I’ll find a way.”

Without ever sacrificing the broader principles laid out in his manifesto, Armajani’s work was often astutely political—his 2004 public art work Fallujah, for example, was explicitly protesting the US-led offensive in Iraq, and his 2002 Glass Room for an Exile was made to honour displaced persons.

“Without him, the Hamburger Bahnhof would not exist,” said Hermann Parzinger, the president of the Prussian Cultural Heritage Foundation. “Erich Marx was a great man who was also modest. He undertook everything with great passion—including his love of art and collecting.”

Bechtle started working as an artist during the era of the Bay Area figuratists, with artists like Richard Diebenkorn and Elmer Bischoff leading the way. The figuratists were known for their heavy, stylised use of paint, and Bechtle worked in this fashion for a brief time, but moved away from it as he discovered his preference for high realism.

By 1951 he had obtained his first job at the Festival of Britain under its effervescent director, Hugh Casson. But designers were still an unrecognised tribe then, designated “industrial artists”. And so, in sheer frustration he set himself up in a workshop in Bethnal Green with Eduardo Paolozzi, making welded Bauhaus-style steel-legged coffee tables and basket chairs, now highly prized by collectors.

The UK writer Arsalan Mohammad posted on Facebook that Melehi was “a huge figure in post-colonial North African art, design, photography and even town planning, as well as of course, a rare painter: the shrewd purveyor of mind-bending abstraction and a king of colour.”

In 1984, Baldwin got a job at the Getty cataloguing, packing and shipping two collections of photographs that would become key in the development of the museum’s photography department. These were the collections Sam Wagstaff, the curator and collector who was Robert Mapplethorpe’s long-time patron and partner, and Arnold Crane, the trial lawyer turned photographer.

In 1961, she was appointed director of the Pushkin State Museum of Fine Arts in Moscow, a position that she held until 2013 when she made a controversial appeal to President Vladimir Putin to reunite in Moscow the separated parts of the pre-revolutionary art collections of Sergei Shchukin and Ivan Morozov. 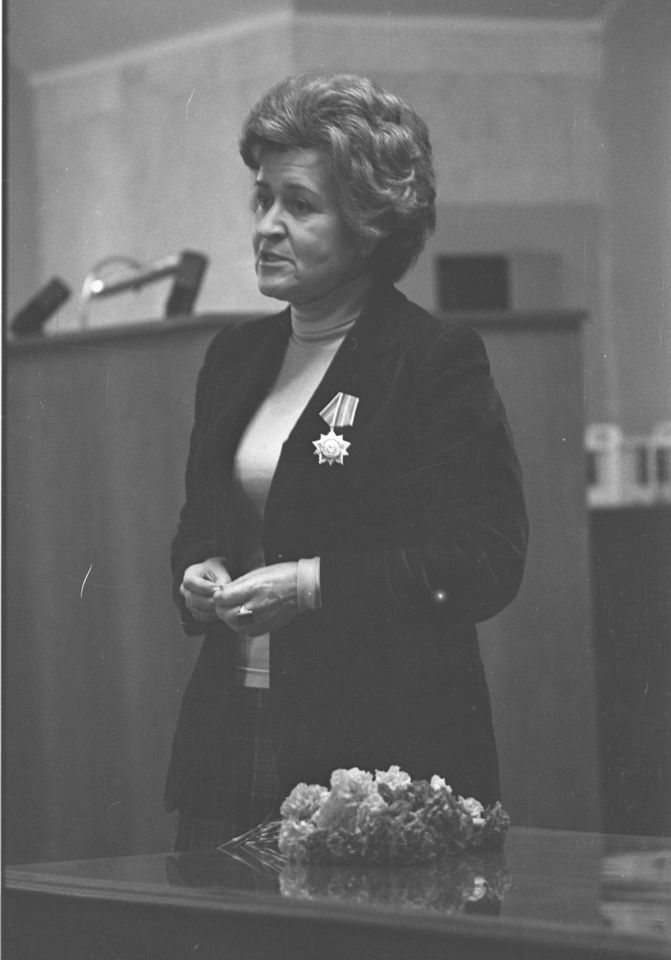 In “ABC Art”, Rose wrote that the “self-effacing anonymity” of the downtown New York artists of the era, including Donald Judd, Robert Morris, Carl Andre, and her then husband Stella, could be seen “as a reaction against the self-indulgence of an unbridled subjectivity, just as one might see it in terms of a formal reaction to the excesses of painterliness”.

In 2016, Medalla exhibited his signature foam-producing sculptures at Hepworth Wakefield gallery in West Yorkshire when he was nominated for the inaugural Hepworth Prize for Sculpture. Andrew Bonacina, chief curator at Hepworth Wakefield, wrote on Instagram that Medalla was a “fount of knowledge, wisdom… and a brilliant, completely unique artist”.

POSTSCRIPT (8 January 2021): Our readers have submitted the following memorials also:

about 13 hours ago
'All clear': Tracey Emin says she is finally free of cancer