'No chance for art institutions': fears for freedom of speech as populist party set to win Polish elections 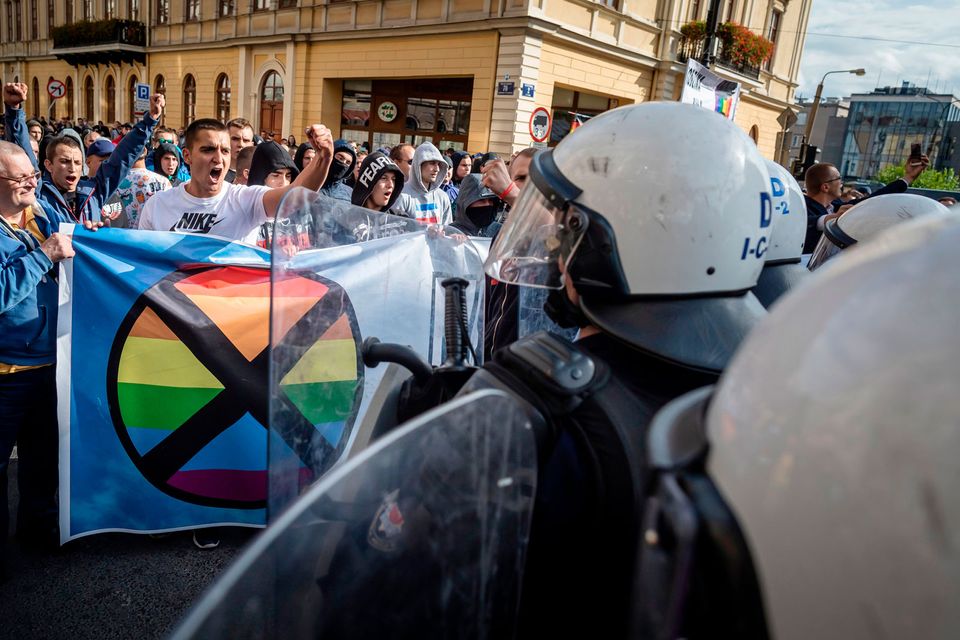 Poland's ruling Law and Justice (PiS) party looks set to score an election victory, prompting outcry from many observers that minority rights are now acutely under threat, perhaps more so than ever before.

The conservative-nationalist party won the parliamentary election with 45.2% of the vote, initial results showed today, while the far-right Confederation for Freedom and Independence party nabbed 6.8%.

Over the past few months, Jarosław Kaczyński, the ruling party chairman, campaigned on a dystopian blend of Russophobia, anti-migrant sentiments, Brussels-bashing, and now: fear that the LGBTQ community is threatening Catholic (and therefore Polish) family values.

In May 2019, while campaigning in Poland for the European elections, Kaczyński told a conference that LGBTQ rights and “gender theory” were an existential threat to Polish society. “These ideologies, philosophies, all of this is imported,” he said. “These are not internal Polish mechanisms. They are a threat to Polish identity, to our nation, to its existence.”

Against this rhetoric, hatred and violence towards the LGBTQ community have spiked in recent months and years. This year, Pride Parades in the Polish cities of Białystok and Lublin, among others, were attacked by far-right nationalists. While in 2015, a rainbow statue in Warsaw caused intense homophobic ire and was burned down six times by nationalist groups decrying its purported pro-LGBTQ symbolism. A report by Amnesty International found that Poland's legal system fails to protect LGBTQ people and other minority groups from hate crimes.

Janin also stressed that arts and culture institutions are also under threat, particularly those that do not fall into the orbit of right-wing, ruling party ideology. “Arts institutions are facing a slow but eventual destruction as directors and leaders of many cultural institutions are being removed and replaced by those appointed by the ministry,” she says.

Michał Grzegorzek, the curator at the CCA Ujazdowski Castle in Warsaw (whose director Małgorzata Ludwisiak was recently informed by the Ministry of Culture that her contract would not be renewed), worries that PiS’s election victory will totally silence minority voices.

“I see no chance that Polish arts institutions will be able to uphold freedom of speech and build a space for minorities,” Grzegorzek tells The Art Newspaper. “This space has never been large in Poland, but now, when literally all directors are being replaced by people directly elected by the government , it simply won't be an option.”