In praise of the lesser- known photographer

For the collector and dealer Michael Hoppen, big names can get in the way of the image as compelling evidence

The London-based dealer Michael Hoppen has been collecting photographs documenting crime scenes, zoological specimens and scientific explorations for more than a decade. “I saw a wonderful show about eugenics, The Beautiful and the Damned, curated by Roger Hargreaves at the National Portrait Gallery many years ago,” he says. “I suddenly realised there was an area of photography that I hadn’t really considered before and it was science. When a photographer is documenting a crime scene or a science project, the compositional side of images, aesthetic considerations, all of that gets turned on its head. That is interesting.”

He has now assembled these documentary images in The Image as Question: an Exhibition of Evidential Photography (until 26 November). “The reason I do shows like this, which are commercial suicide, is because I want people to think about the work on display and not its value. When you put expensive pictures on the wall by big names, the baggage people bring with them when they view the images sometimes clouds their appreciation,” he says. “I was at a wedding the other day sitting next to a very, very well-known artist who said to me: ‘Why would you want to buy any of these photographs? They’re not good investments because so many of the photographers are unknown.’ And I said: ‘With all due respect, I’m prepared to bet you that in ten or 15 years’ time, nobody will have heard of you.’ The name of the photographer doesn’t matter. It’s about the quality of the picture and the story it’s telling.” 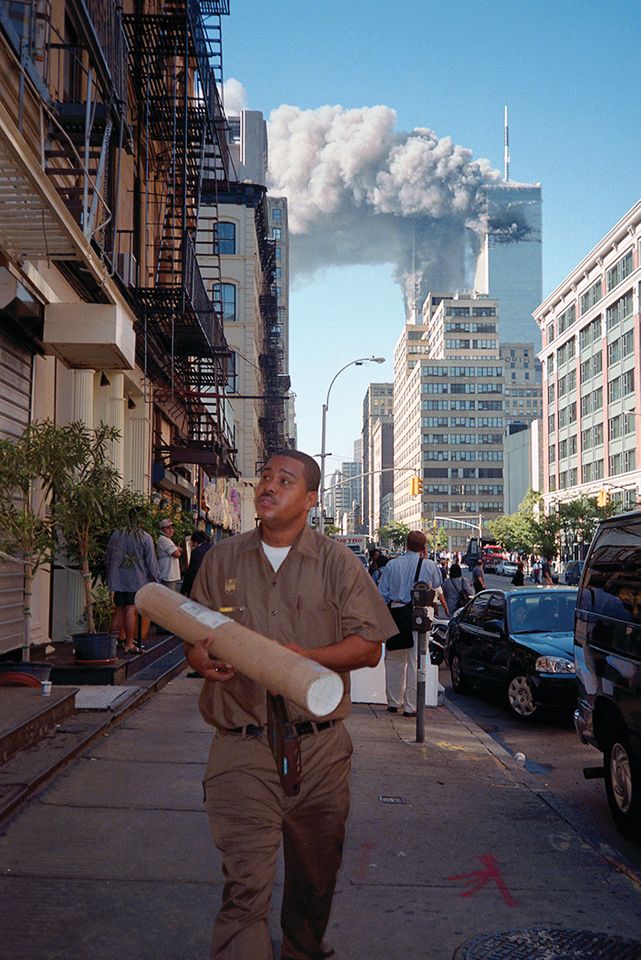 We have all seen thousands of pictures of 9/11 but there’s something really nightmarish about this one. This UPS delivery guy must have known something terrible was happening behind him but he’s carrying on delivering a package regardless because that’s his job. When I was young I always had a terrible dream that my father was strapped to the front of a steam locomotive and there was another train coming from the other direction that was going to collide with his. He was oblivious; I knew there was something terrible happening but couldn’t warn him. This photograph captures that nightmarish feeling I had as a child. 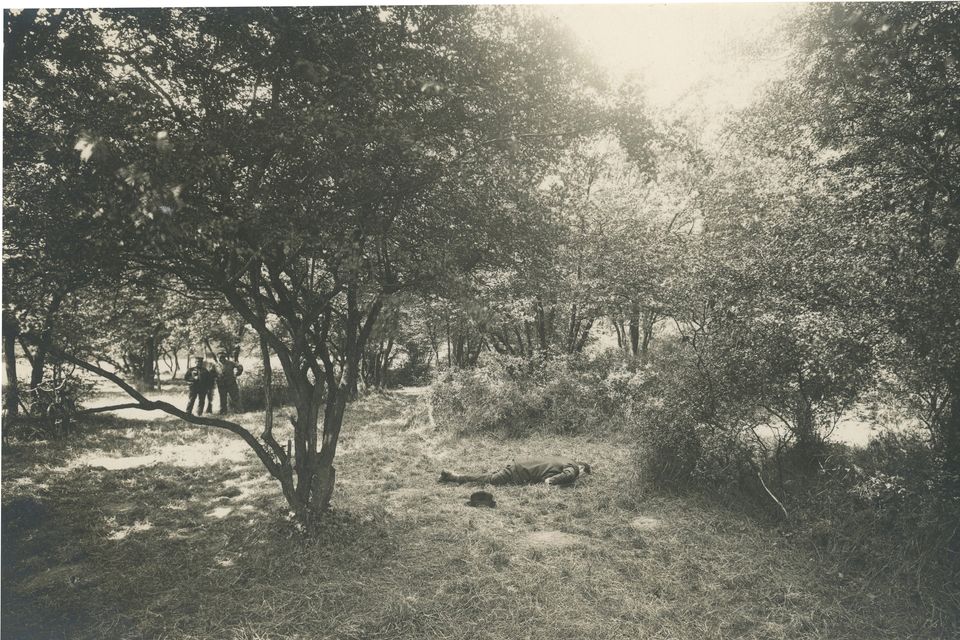 These photos are from original French police case files. We have bought a lot from dealers, markets and auctions. They probably came from families with policemen who took their files home and these were eventually thrown away. Here you have pictures of the body of the victim at the crime scene. Some might say it’s incredibly distasteful to exhibit these and I agree that one sails close to the wind when you display something like this. This is a real victim of a terrible crime and I’m acutely aware of that. On the other hand, I think it illustrates the incredibly important job photographers do capturing crime scenes so policemen can do their jobs. We are all incredibly desensitised to graphic images but if you can look at these without being moved by them, then there is something wrong with you. 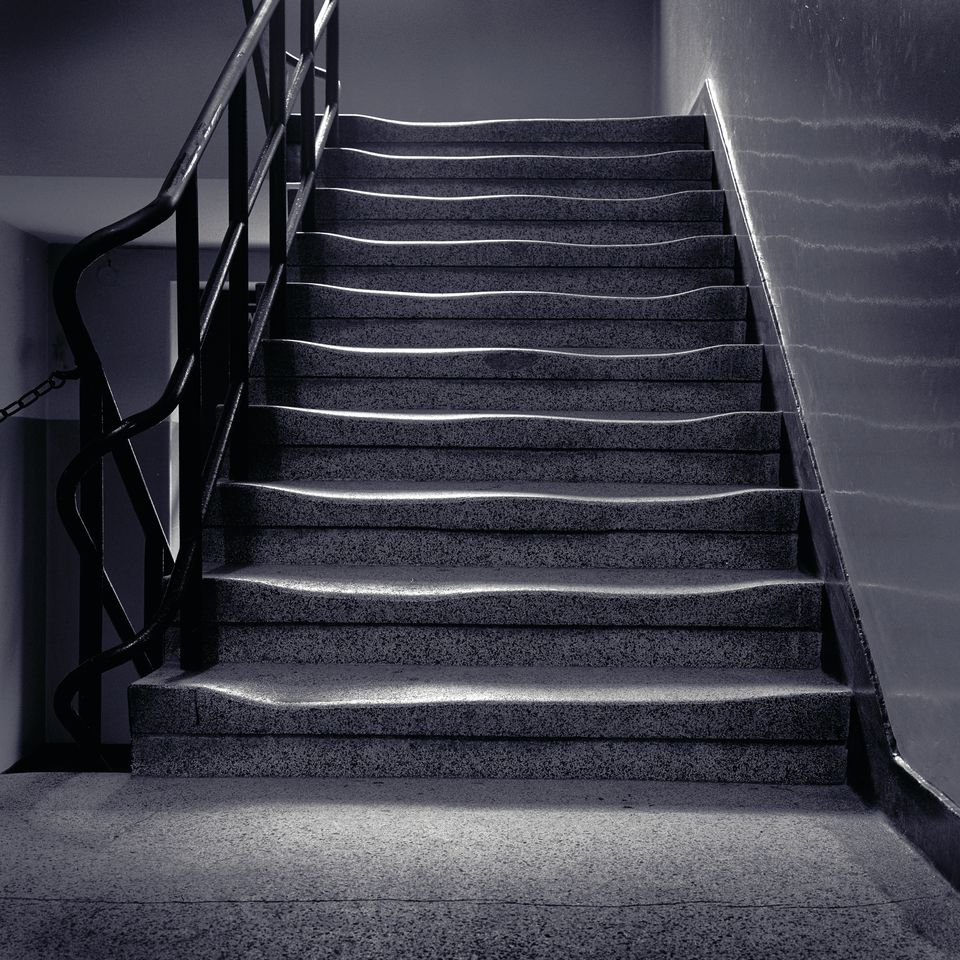 This is so much more than an image of a staircase; this is the staircase to the gas chamber at Auschwitz. What I find really ironic about this picture is that the banister is a Bauhaus design. Hitler closed the Bauhaus down, but when the Nazis needed a building that really functioned properly, they used this one with its Bauhaus designs. Photographing places like this is important for posterity. If we didn’t have pictures of the concentration camps, how would we be able to teach our children about them?