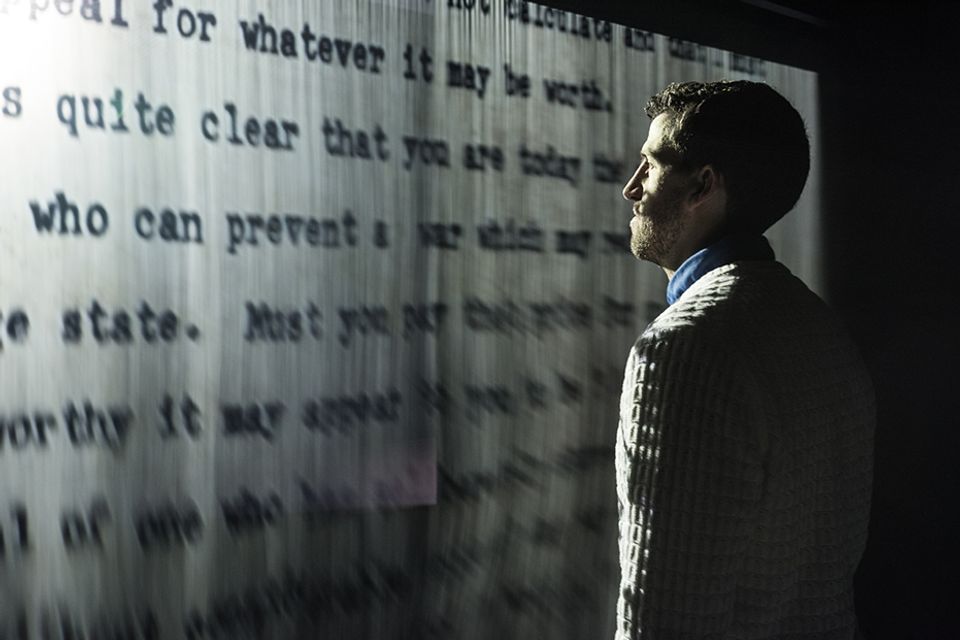 India makes its return to the Venice Biennale this year after an eight-year hiatus with a Gandhi-themed exhibition and a line-up of seven Modern and contemporary artists. Atul Dodiya, GR Iranna, Jitish Kallat, Shakuntala Kulkarni and Ashim Purkayastha will all show in the Indian pavilion alongside works by two dead artists: Nandalal Bose (1882-1966) and Rummana Hussain (1952-1999) at the exhibition Our Time For a Future Caring.

This will be the second time India has shown at the biennial, having debuted in 2011. The show will celebrate 150 years since the birth of the Indian independence leader Mahatma Gandhi, and was commissioned by the National Gallery of Modern Art.

The exhibition is organised by the India Ministry of Culture and the non-governmental organisation the Confederation of Indian Industry (CII), and is curated by the pavilion’s principal partner, the private Kiran Nadar Museum of Art.

“Art has never been a very important criterion for the government and it is time for us to change that and show the important part that art has played in India,” says Kiran Nadar, the founder and chairperson of the eponymous art museum. Speaking at a press conference at Art Dubai, where the line-up was announced, Nadar said that she hopes that the pavilion will encourage the Indian government to recognise the importance of presenting art on a global stage and that this "won’t be a one-off occasion".

Although India’s return has been made possible through a collaboration between private and public institutions, the pavilion’s costs have been largely shouldered by Nadar, who tells The Art Newspaper that her personal contribution to India’s pavilion was “6 crores [roughly €800,000], about three times the amount the government has given”.

Also adamant that India’s presence at the biennial is secured for future years is Tarana Sawhney, the chairperson of CII’s Taskforce on Art and Culture. She says that ensuring India’s return to the Venice Biennale has been “her sole agenda” since her appointment, adding that the country's return was influenced by a CII report “which showed how art could benefit the national economy, revitalise cities and even be used as a soft power internationally”. The reasons behind India's absence after 2011 are still unclear, although Sawhney says that it was a governmental decision.

The pavilion is intended to celebrate Gandhi’s life and legacy, and to “offer conceptual investigations into his philosophical ideas and their place in today’s complex world, in which violence and intolerance are still prevalent”.

However, in many countries Gandhi’s legacy is now being reassessed, in light of what some believe to be his derogatory views towards native African communities in South Africa and beyond. In December 2018, the University of Ghana in Accra removed a statue of Gandhi after a petition labelled him "racist". The choice to focus on the nationalist figure—known to many as ‘The Father of the Nation’— also coincides with Ghana's debut at the biennial.

Contemporary reassessments of Gandhi are unlikely to be confronted in the artists' responses, according to Sawhney, since few works will be new. “Unlike everybody else who gets two years to prepare for their pavilion and therefore can execute new works, this project has come about very quickly, so we are restricted by the fact that we have to show mostly existing works”, she says.

However, Nadar says that the multigenerational show will showcase differing viewpoints towards Gandhi and his legacy, from the Modern artist Bose—who knew Gandhi personally and was even commissioned by him—to more confrontational responses from younger artists: “The exhibition doesn’t offer a fixed viewpoint but is instead intended to shine a light on art from India and to spark critical engagement and debate”.