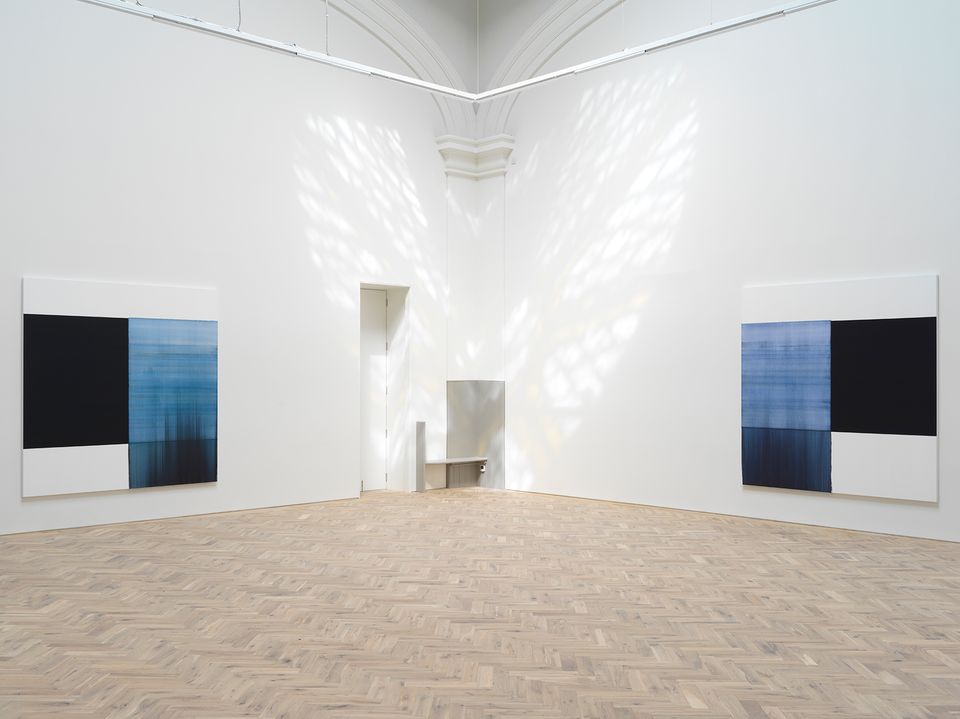 A tale of religious devotion, and the story of a devout Christian sect, forms the backdrop to Ingleby Gallery’s new space in central Edinburgh. The building at 33 Barony Street was the onetime meeting house of the Glasite Church, a breakaway group of Church of Scotland worshippers. The Edinburgh Meeting House, designed by Alexander Black and built in 1835, was the largest of the Glasite meeting houses in Scotland. The group’s last service took place there in 1989.

Most of the major structural changes at Barony Street involved creating the main gallery space. The pulpit used by the Glasite preachers, and rows of pews, were still in place in the central room (some services apparently lasted up to six hours). The Inglebys brought two side walls in to turn the place of worship into a white cube gallery, which Richard Ingleby says “had the added benefit of allowing us to store the pulpit on site as requested by the planners. It, and some of the pews, are hidden behind one of the false walls.” The Glasite Meeting House before renovation Courtesy of Ingleby Gallery

The floor was on a considerable slope and had to be levelled—it was a foot higher at the back so that, before the pulpit was installed, devotees at the back of the room could see the preachers—and the doors needed to be heightened.

But the biggest challenge of all was cleaning the striking octagonal cupola, which was black with grime. “The cupola has an inner dome that you look up to from within, and then an outer one. The builders had to get between these, because all of the dirt was on the outer side of the inner layer, but doing so risked breaking the panes of glass,” Ingleby says.

The greatest revelation was discovering that the cupola acts as a giant sundial. “When the sun shines through the dome there is a trace, or a projection, of coloured, dappled light on the walls. This trace dances and moves around as the sun turns around the building. Even more staggering, though, is that at midday, the sun pattern is centred, exactly on the middle of one wall,” Florence Ingleby says. 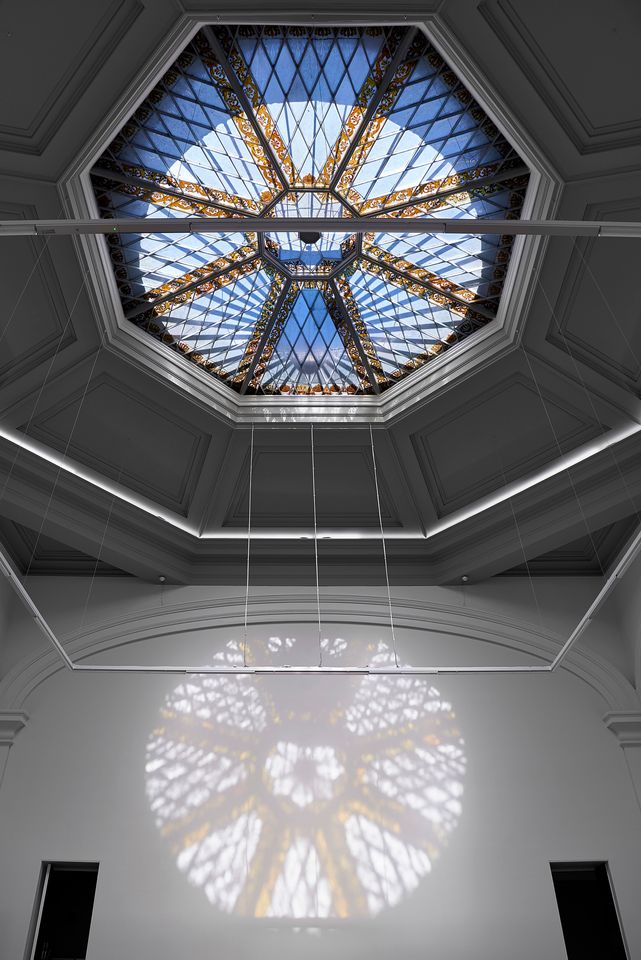 The congregation would move upstairs to the feast room for a frugal meal of kale soup (the Glasite Church was known locally as the Kale Kirk). The room now houses works by Jonathan Owen and Charles Avery, among other gallery artists. The refurbishment was jointly funded by Ingleby Gallery and the Scottish Historic Buildings Trust, which had used the building as an administration centre.

The next show in the new gallery, Jacob’s Ladder (26 July-20 October), explores humans’ relationship with space through works by artists such as Alicja Kwade and Katie Paterson.