As one of the biggest employers in the area, the vast open-air culture complex wants to support victims 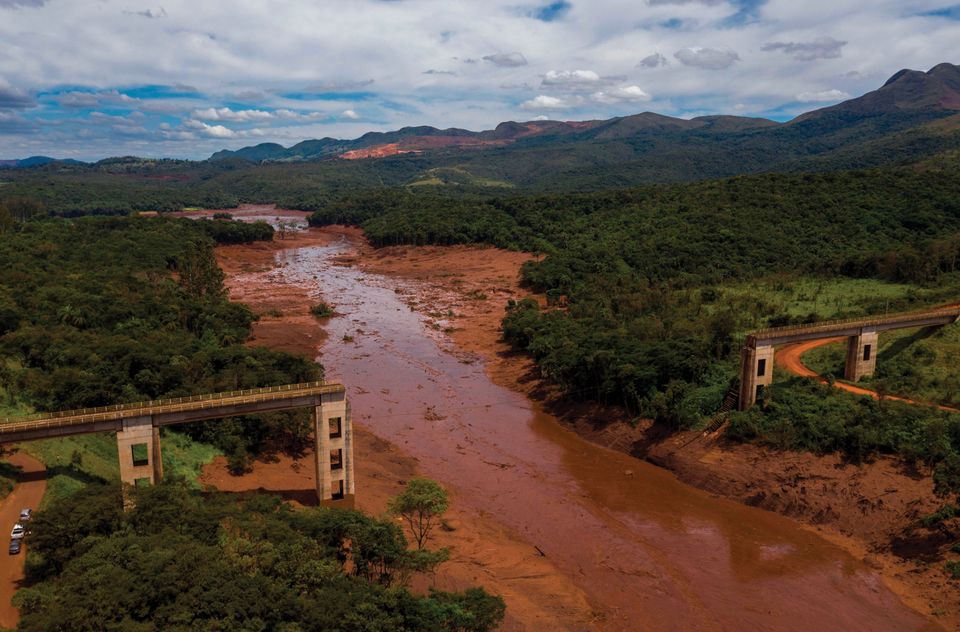 The collapse of the dam in Brumadinho released a river of rust-red sludge. Mauro Pimentel/AFP/Getty Images

Following the catastrophic collapse on 25 January of a mining dam Córrego do Feijão in Brumadinho, Minas Gerais, the neighbouring arts centre Inhotim reopened on 9 February with a minute’s silence to honour the victims of the disaster. The deadly mudslides that resulted from the accident did not reach the sculpture park, which is around 20km from the site and had been evacuated, but more than 80% of its 600 employees live in the region, and more than 40 are related to some of the 300 workers and their families who died or remain missing.

Laís Diniz Silva, the educational project mediator of Inhotim, who was born and lives in Brumadinho, lost an aunt, three cousins and several friends in the dam collapse. “There is a collective mourning now,” Silva says. “It’s not easy when you lose one person, but when you lose more than 100 people, it’s very difficult to deal with.”

The collapse of the iron ore waste dam, which released millions of gallons of toxic rust-red sludge that buried nearby buildings, will also have a grave environmental impact on the region. “We lost a river and people have lost homes and gardens because the soil is no longer fertile, and that’s their sustenance,” Silva adds.

Antonio Grassi, Inhotim’s executive director, says that the organisation took the decision to reopen the centre “with a lot of care”. The 5,000-acre sculpture park, which contains site-specific works by artists such as Yayoi Kusama, Olafur Eliasson and Matthew Barney, attracts more than 300,000 visitors annually and provides considerable income for the residents of the mostly rural state. “Inhotim is one of the biggest employers and most of us are from here, so it’s good that it decided to close [for two weeks] in solidarity with us and the town,” Silva says. On the day it reopened, the centre offered free admission and received around 3,000 visitors, many of them from the region. 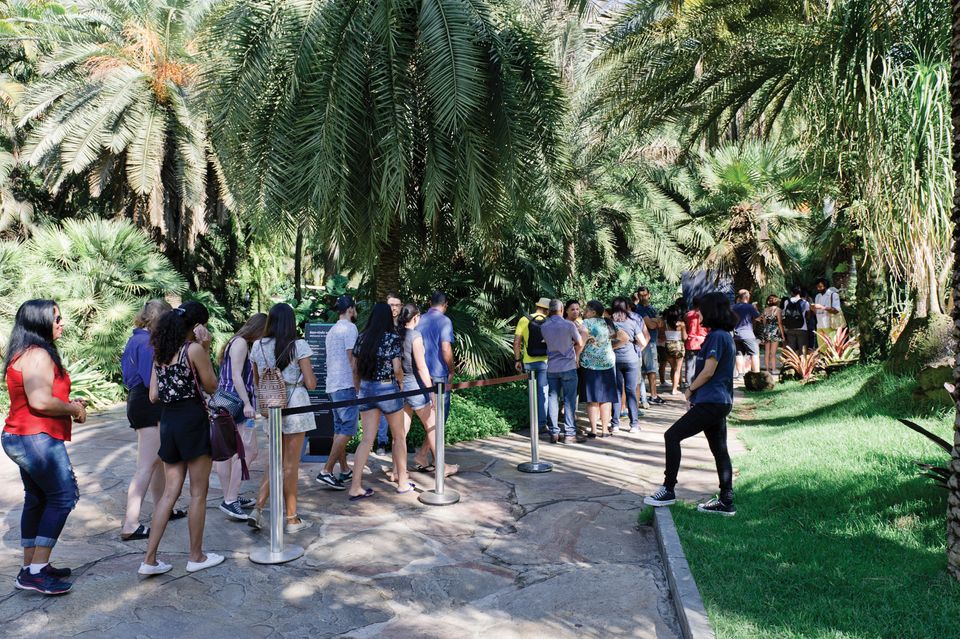 Inhotim, which was evacuated on the day the dam collapsed, received around 3,000 visitors on its reopening day. © William Gomes;

The dam that collapsed was operated by the Brazilian mining company Vale, the world’s biggest producer of iron ore, which has lost a quarter of its stock market value since the disaster. According to internal documents seen by Reuters, the company knew that the dam was unsafe in October, despite an audit by the independent inspectors Tüv Süd that certified it was stable. In February, eight Vale executives were arrested on suspicion of first degree murder as part of a criminal investigation into the disaster. Another dam in Minas Gerais that was co-operated by Vale collapsed in 2015, killing 19 people and polluting the Gualaxo river. Inhotim’s founder Bernardo Paz made his fortune in mining, but his collection was recently taken over by the Brazilian state after he was charged with money laundering and other crimes.

Grassi says the art centre is now discussing how it can collaborate with the community to help victims of the disaster. “Our priority continues to be to provide assistance to the community and minimise the impact of the damage”, he says.