Cristina Acidini, the former superintendent of Florence’s museums, who volunteered as a teenage mud angel, is organising an exhibition exploring the disaster’s impact on local heritage and conservation. With loans from more than 30 institutions, the show will reveal how paintings, sculptures, books and decorative art objects were restored in emergency laboratories across the city. A number of works still encrusted with mud and awaiting restoration will also be on view. 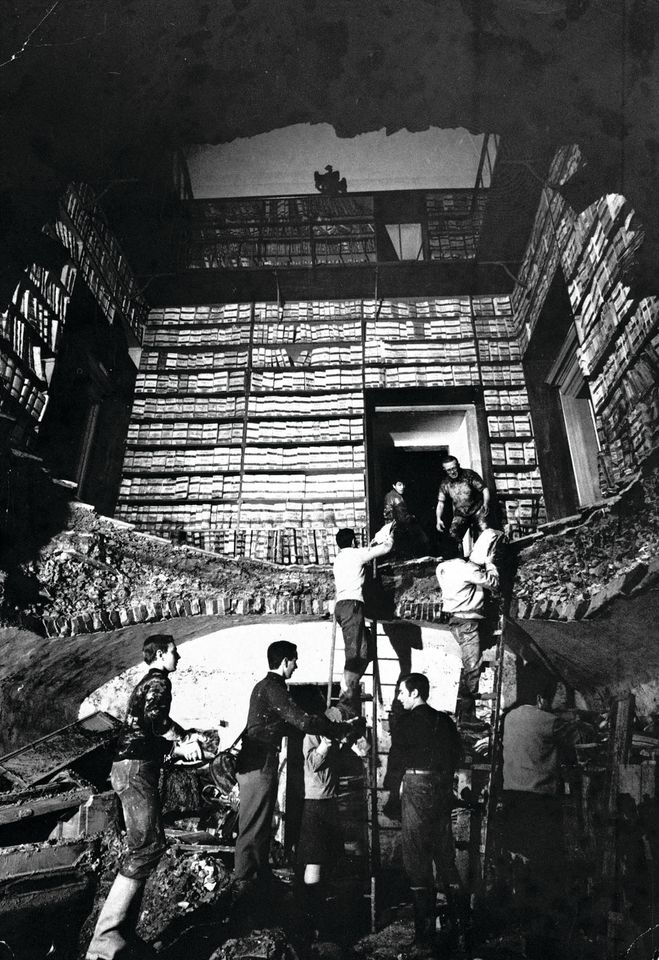 With more than 1,500 exhibits, including drawings, maps, photographs and a boat used on the flooded river on 4 November 1966, this show examines the double-edged history of the Arno since the Middle Ages. A section will be dedicated to the effects of the 1966 flood on the state archives, which were housed at that time on the ground floor of the Uffizi.

Fishing in the Mud: the Museum and the Flood, Museo Galileo (until 20 November)

In a show of restored books, scientific instruments and archival photographs, the riverside Galileo Museum, formerly the Institute and Museum of the History of Science, remembers the efforts of the then director Maria Luisa Righini Bonelli to repair the damage and reopen the museum. 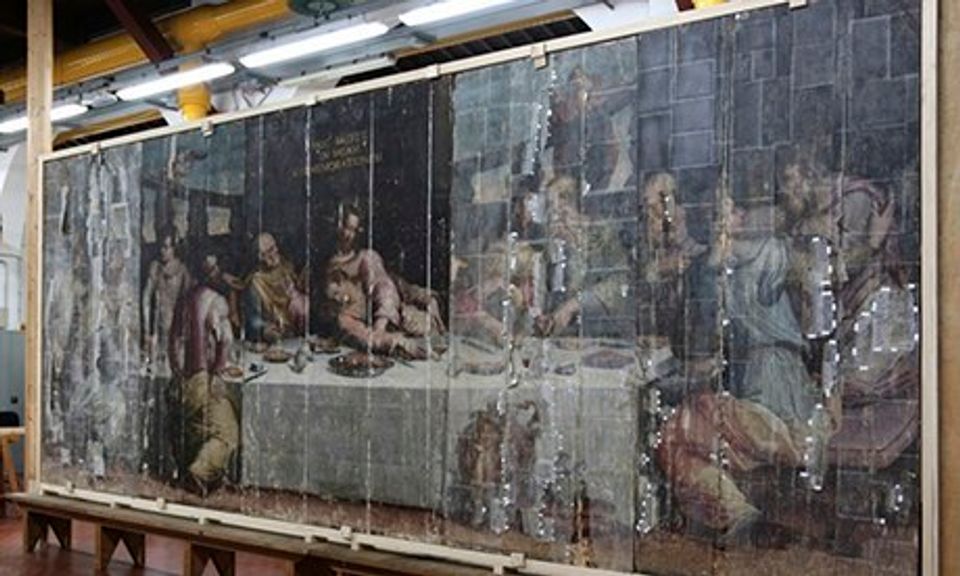 The fifth edition of Florence’s international restoration fair opens at the Church of Santa Croce, where Vasari’s Last Supper (1546) will be back on view for the first time since 1966. It has been restored by the Opificio delle Pietre Dure, thanks to support from Prada and the Getty’s panel paintings initiative. The fair is also running guided tours by conservators and art historians at Santa Croce and the Museo dell’Opera del Duomo.

Thousands of Jewish books and scrolls in the Florence synagogue archive were damaged. The Foundation for Jewish Cultural Heritage in Italy and the Biblioteca Nazionale Centrale di Firenze have co-organised an exhibition reuniting many of them, with sponsorship from Ente Cassa di Risparmio di Firenze bank.

• A separate programme of events in Venice includes a conference at the Fondazione Giorgio Cini, Sustainability of Local Commons with a Global Value: the Case of Venice and its Lagoon (4-5 November). The director-general of Unesco, Irina Bokova, is due to give the keynote speech.