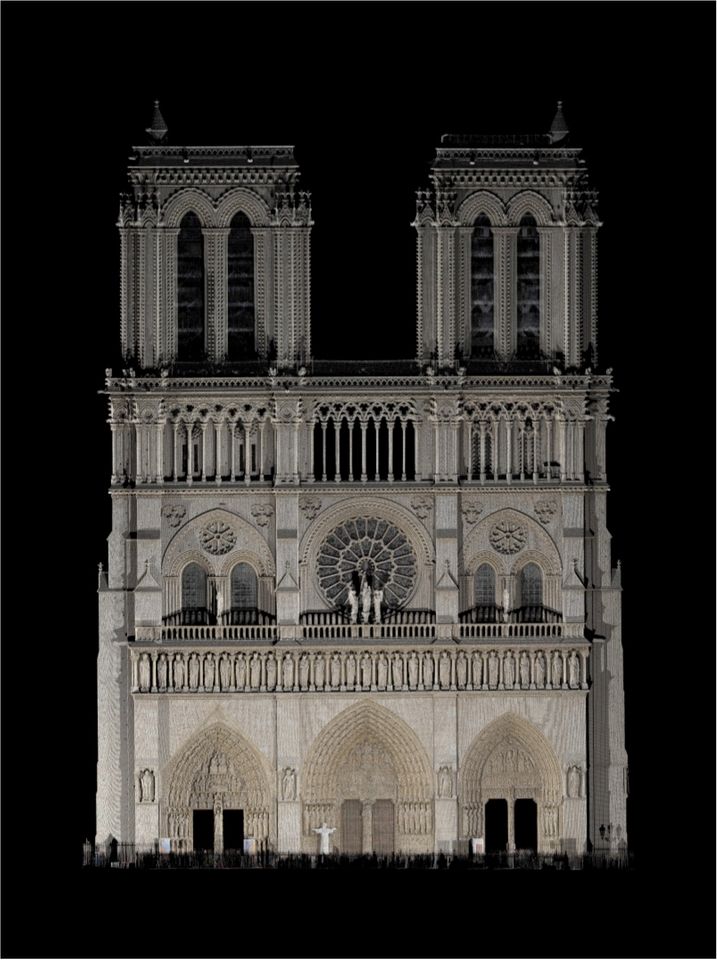 When the art and architectural historian Andrew Tallon embarked on a laser scan of the Cathedral of Notre Dame in Paris in 2010, he little imagined that a devastating fire would one day throw his work into relief. Five months after the blaze that immolated the cathedral’s roof and spire, a crowd of around 150 gathered on a recent afternoon at the Frick Collection in New York to hear more about the scan, which could prove useful in mapping Notre Dame’s restoration.

Lindsay Cook, a visiting assistant professor of art at Vassar College for whom the Belgian-born Tallon was once a mentor, paid tribute to his pioneering work in an hourlong lecture. (Tallon died of brain cancer in November 2018 at age 49.) She recounted how in 2010, with the financial backing of the producers of a European arts documentary, Tallon set out to document Notre Dame from top to bottom with a laser scanner manufactured by Leica Geosystems. In 2012, he returned to the cathedral with a more highly refined scanner to capture the details of the church’s western frontispiece. 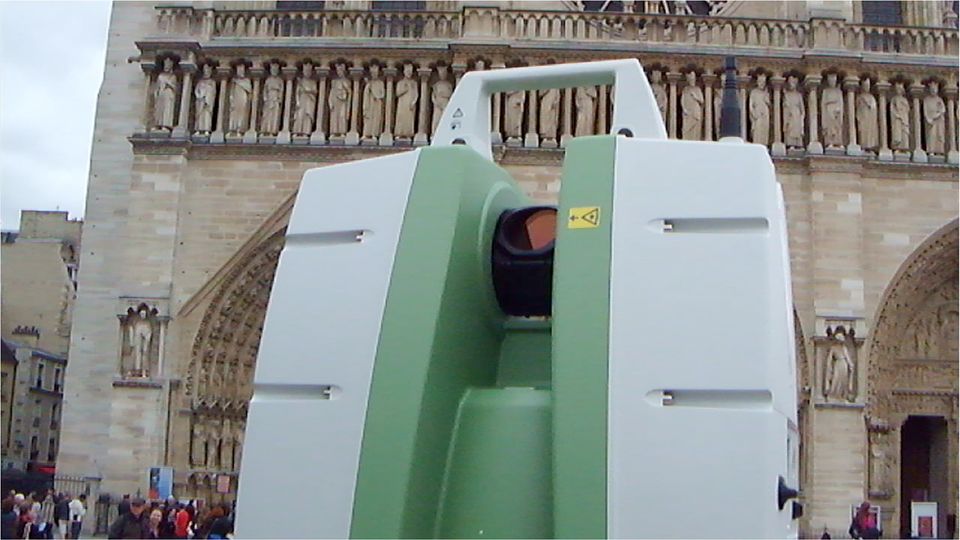 The scanning process, Cook explained, begins by placing a series of reflective markers on the surface of what it is capturing, be it a series of ribbed vaults or carved figures. Then the scanner sends out a laser beam to each marker, measuring the distance between every point the laser hits and the scanning device itself. A mass of “point cloud” data results, creating a three-dimensional record of the structure with a margin of error of only five millimeters. (A video of Cook's lecture is here.)

“The primary reason he wanted a laser scan of Notre Dame of Paris was to understand more fully the nature of Gothic structure and to pinpoint structural anomalies in the cathedral,” Cook said. “He was as interested in irregularity as he was in regularity.”

Some of those irregularities are visible to the naked eye, she said. She cited the piers on the south side of the cathedral’s nave, which do not seem to line up with the piers on the north side. The laser scanner simply mapped this irregularity more precisely than it had ever been before.

Nonetheless, the scan serves as a corrective. “For generations, plans of Notre Dame were ‘tidied up’, or ‘corrected’ to appear more regular than the building actually is,” she said. “In reality, the cathedral’s ground plan is far more idiosyncratic.”

Yet the scanner also captured an astonishing example of regularity. One of Tallon’s most striking discoveries involved the cathedral’s single-span flying buttresses, which some scholars have theorised were added years after the cathedral was built in response to structural problems. If that were correct, Cook said, one would expect the upper walls of the choir to have splayed out because of a lack of stability before the buttresses were added.

But Tallon’s scan proves otherwise, definitively settling the matter. “The 2010 laser scan showed that the walls were more or less perfectly straight, or in plumb, and thus must have been supported by flying buttresses from the outset,” she said. The result vindicates the Columbia University art historian Stephen Murray, who had hypothesised that the buttresses had been envisaged from the start of construction around 1160, Cook said.

A book dissecting some of the laser results was published in 2013: Notre-Dame de Paris: Neuf Siècles de l'Histoire, which was authored by Tallon with the researcher Dany Sandron and also proposed hypothetical states of the building as it evolved under construction in the 12th and 13th centuries. Next spring, Cook's English translation of that book, tentatively titled Notre-Dame of Paris Through Time, is to be published by Penn State University Press.

Significant concern has arisen since the fire that Notre Dame’s upper vaults were destabilised by the searing heat from the blaze followed by the torrents of cold water applied by firefighters. Going forward, Cook said, the scans could be used by the cathedral’s restorers as a “snapshot” of its structure in 2010-12 and point to any subsequent movement as a result of the fire. In early May, she noted, a company conducted a sweeping new laser scan of Notre Dame that could be compared with Tallon’s scan results.

Beyond monitoring the surviving parts of the cathedral, Cook suggested, his scan could prove useful for such goals as the replacement of the structure’s collapsed spire. She noted that the chief architect in charge of Notre Dame’s restoration, Philippe Villeneuve, has said that he will replace the spire with an “identical” structure.

She said that the scan was unlikely to be as useful in replacing the cathedral’s roof, given that she believes that architects will “almost certainly” replace it with something more fireproof than centuries-old wood.

After her lecture, Cook was peppered with questions from the audience about other possible outcomes. Like many experts, she deeply doubts that the cathedral can be restored within the five years projected by France’s prime minister, Emmanuel Macron. (She predicts that the project will take at least a decade.) She anticipates that beams will soon be used to secure and support the vaults, which she believes are likely to be restored with new stones of the same type as the original ones. And she dismisses the possibility that international design competitions launched for a new spire and roof will carry any weight with restorers.

“Some years from now, the cathedral will reopen to the public, looking cleaner and newer, but more or less like it did before,” Cook told the crowd. ”And in the interim, we have the point-cloud data.” 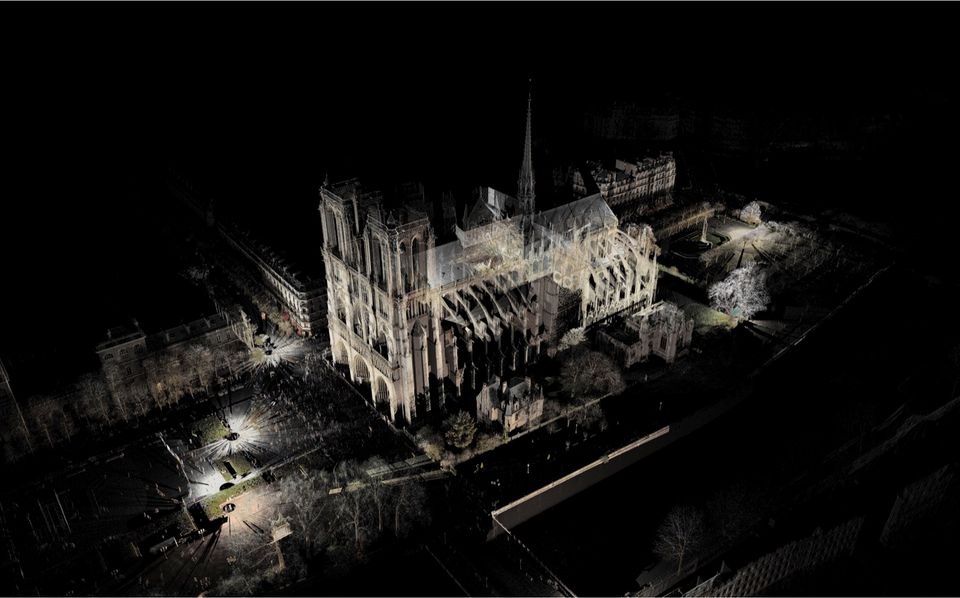