Towers of greyish-beige salt rise in hexagonal towers, a tribute perhaps to a utopian but misguided Modernist architect. At their base, puddles of an indeterminate liquid fill triangular pastel-coloured pans. Nearby are strangely pockmarked, black-and-white photographs of concrete structures abandoned on the steppe. Elsewhere, bricks made of a crumbling, white substance gradually ooze a thickish moisture into the vitrine that surrounds them. 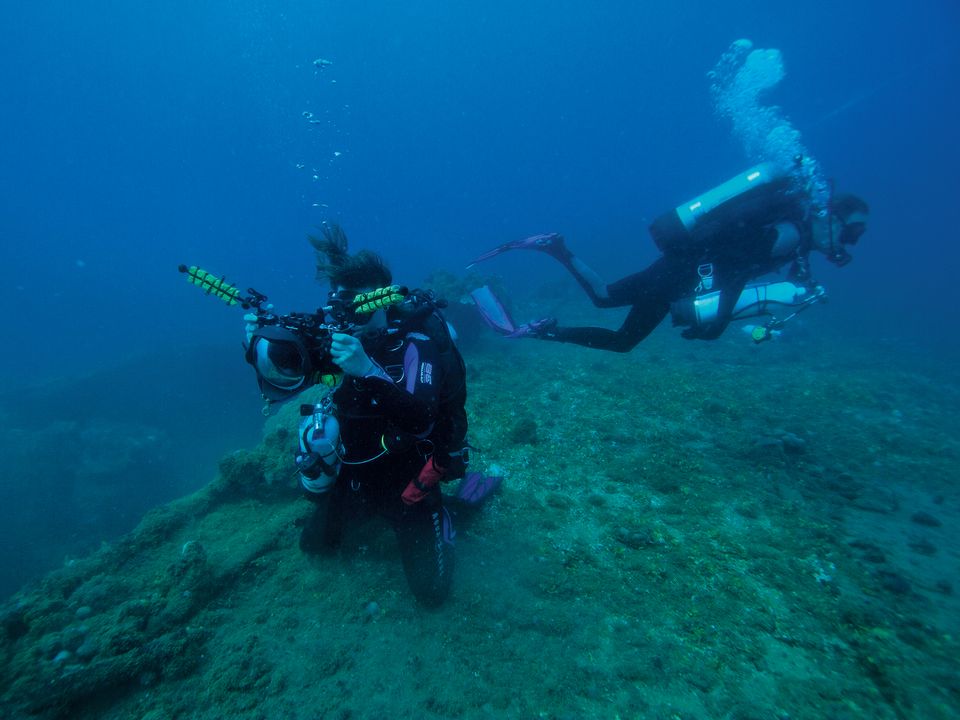 These are works by the young Swiss artist Julian Charrière. They were on show at his first solo exhibition in London at the not-for-profit Parasol Unit gallery at the beginning of 2016 and since then his profile has continued to rise. He was one of only three artists aged 30 or under (he was born in 1987) to be selected by Christine Macel for her Viva Arte Viva exhibition at the Venice Biennale (until 26 November). There he is showing a new version of his salt towers, Future Fossil Spaces (2017), this time with “windows” inserted in the side walls. The liquid stored in solution is metal lithium, which is commonly used in mobile phone batteries.

At Art Basel’s Unlimited, he is showing Objects in mirror might be closer than they appear (2016/17) (Sies + HÖke and Galerie Tschudi). The multi-channel video installation was made with the German artist and sometime collaborator Julius von Bismarck. It mixes Nasa archives footage of some of the earliest images of the Earth from space, with images of the landscape in the Chernobyl exclusion zone, seen reflected in the eyes of a deer.

The Art Newspaper: When did you realise you wanted to be an artist?

Julian Charrière: I knew I wanted to communicate, but not using words. I thought about philosophy, architecture—even cooking. But when I was at university, a great performance artist, Massimo Furlan, was teaching. He opened my eyes to new horizons, showing me an alternative way—through visual art—that I could deconstruct and engage with my surroundings.

You were one of the students at the Institute of Spatial Experiments in Berlin, set up by the Danish-Icelandic artist Olafur Eliasson. What was that like?

It was incredible. The group of people were so different, but somehow they quickly became my closest friends. We were shown first-hand the importance of sharing as a way of driving the creative process—collaborating on projects, sharing ideas, in a way that is not typical in the traditional art-school system.

I’ve maintained a similar environment since, working in a shared studio space [in Berlin] with some of the people who went to the institute. This means we can collaborate naturally. It’s really refreshing given how egocentric the art world can be. I also learned that travelling would become a key part of my practice. We would go on field trips together and find ways of turning the experience into art projects. Some of my works now are directly linked to specific expeditions, but travel is also important for me as a way of stepping out of everyday life and taking me to places where ideas are free to flow.

You made a series about the huge salt flats in Bolivia, which is not only an important wilderness, but the world’s biggest source of lithium. You’ve also made works about alternative communities, like Drop City in the US in the 1960s. Do you consider yourself to be an artist with an ecological message?

My work doesn’t have a political agenda, but everyone should be concerned about ecological issues, including artists. But ecology as a concept isn’t central to my work. Because the effects of society have become inherent properties of the environment and the materials that nature possesses have become inherent properties of civilisation, whenever I work on a particular site, that strong relationship is always present.

Lately I’ve been interested in examining the relationship between the world of geology—the embodiment of time passed over eons—and contemporary civilisation with its craving for speed. The Salar de Uyuni in Bolivia is the largest salt flat in the world, but it also has the largest known lithium deposit. It is a place where the forces of millennia have created one of the most crucial raw materials. It is now a place of friction, where the needs of the digital era will have an impact on the landscape for the millennia to come.

My obsession with this place grew and grew. When I finally travelled there, I could see the strata lines, a by-product of the lithium mining facilities. The leftover salt slabs, extracted from the ground so that lithium pools form, were naturally marked in a way that show the vast periods of time that led to their formation. I witnessed how the digital world, an ethereal space, relies on the hollowing out of the physical world. 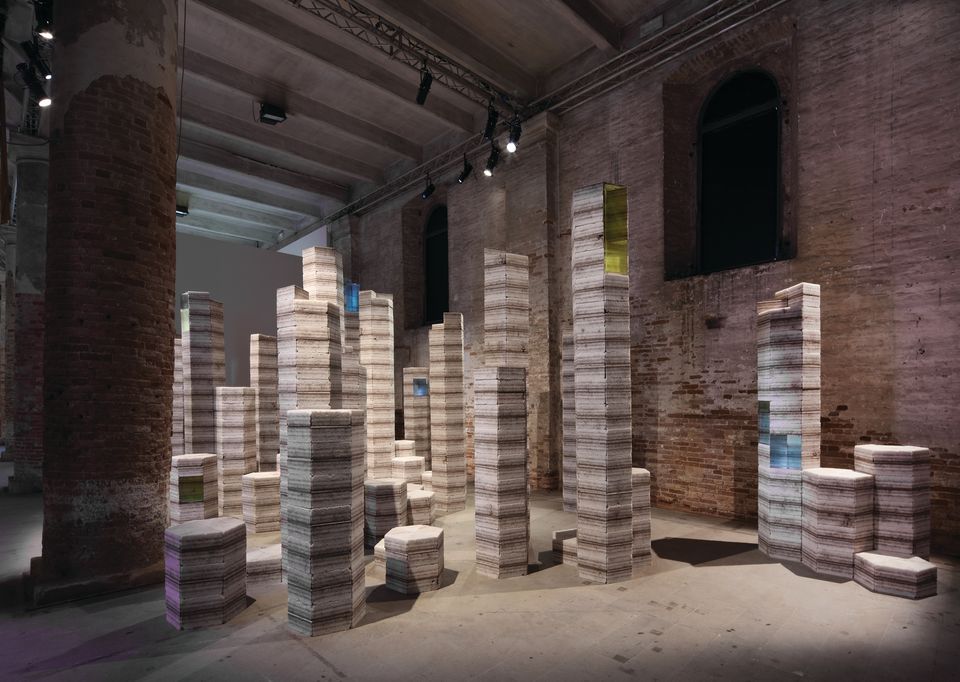 Does danger appeal to you? You did a piece where you stood on an iceberg in the ocean off Iceland and tried to melt it with a blowtorch. You’ve also travelled to radioactive sites, like Semipalatinsk in Kazakhstan and now Chernobyl?

In terms of making work, I have to leave my comfort zone. I force myself away from my everyday life—it’s a catalyst for my creative process. It’s risky because the unknown is dangerous in its own right. There can be something frightening about the air of danger around some of these places, but their uncanniness attracts me. The point where beauty and atrocity coalesce within the unknown is sometimes the right terrain to start a new project. 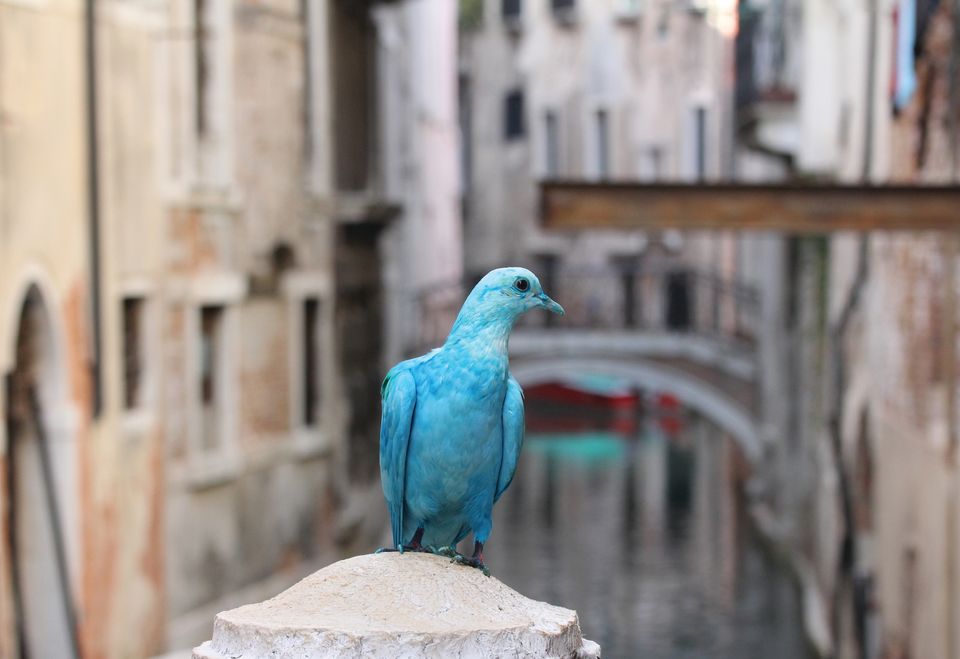 Julian Charrière and Julius von Bismarck’s project at the Venice Architecture Biennale, Some Pigeons Are More Equal Than Others (2012) (Image: © the artists/VG Bild-Kunst, Bonn)

Some Pigeons Are More Equal Than Others (2012)

Some hate ordinary city pigeons—or “flying rats”, as they like to call them—while most just tolerate them. In a performance at the Venice Architecture Biennale in 2012 (and also in Copenhagen and Berlin), Charrière and Julius von Bismarck devised a humane trapping system, capturing the birds and spraying them with natural dyes in an assortment of vivid colours. The dull grey pigeon was transformed into a creature of beauty, raising questions of perception. 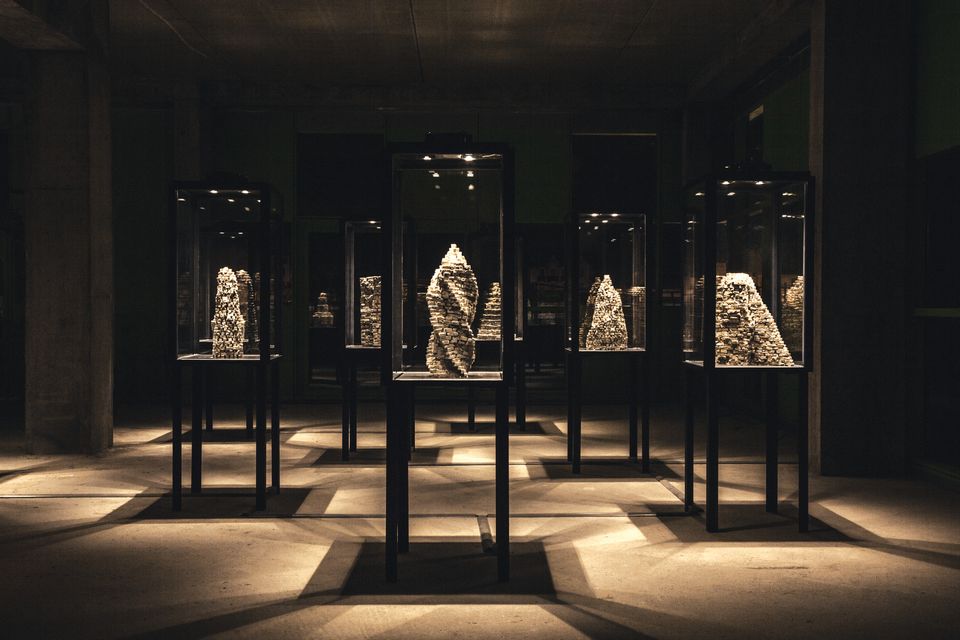 Julian Charrière’s Somehow They Never Stop Doing What They Always Did (2013) (Image: the artist/VG Bild-Kunst, Bonn)

Somehow They Never Stop Doing What They Always Did (2013)

Shown at the Palais de Tokyo in Paris as part of the Biennale de Lyon in 2013, this installation is made up of a set of atmospherically lit vitrines. Inside each vitrine is a structure resembling ancient monuments made from plaster mixed with fructose and lactose, plus water from major rivers, such as the Nile and Yangtze—themselves the source of powerful myths. Bacteria grows and the works slowly crumble. Charrière describes time as “an object of fascination for me” with “an inherent complexity that I try to address in my work”. 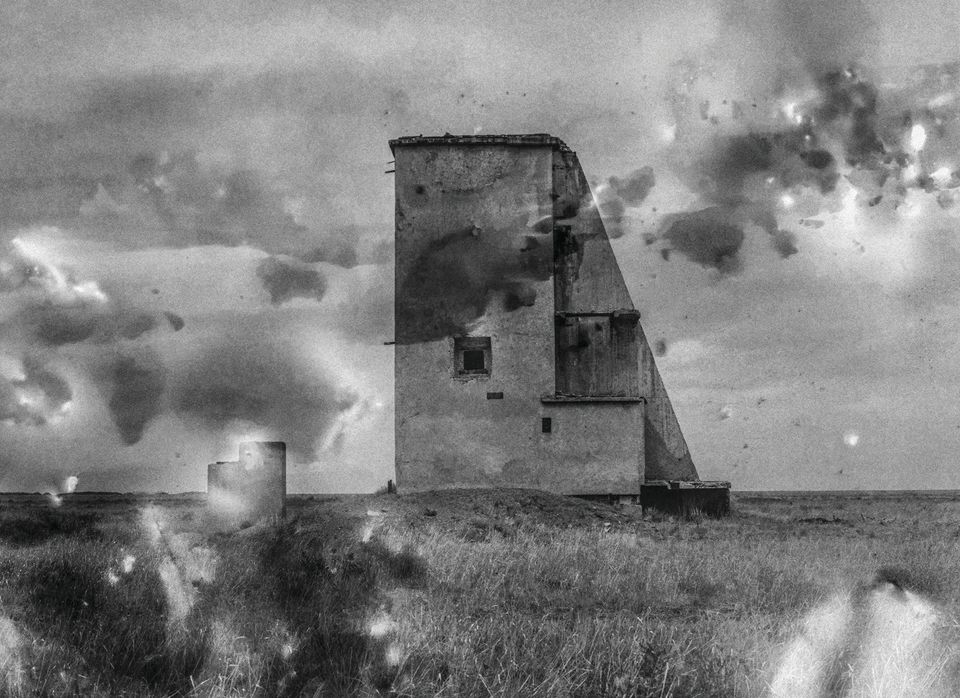 In 2014, Charrière travelled to Semipalatinsk in Kazakhstan, a nuclear test site for the Soviet Union from 1949 until 1989. Also known as the Polygon, the extent of the radioactive contamination of the site was not fully known for many years. Charrière’s photographs use analogue technology, but he exposed the negatives to radiation before printing. The images are reminiscent of Bernd and Hilla Becker’s documentation of the crumbling industrial structures of the Rühr, but for the white spotting caused by the deadly radiation.