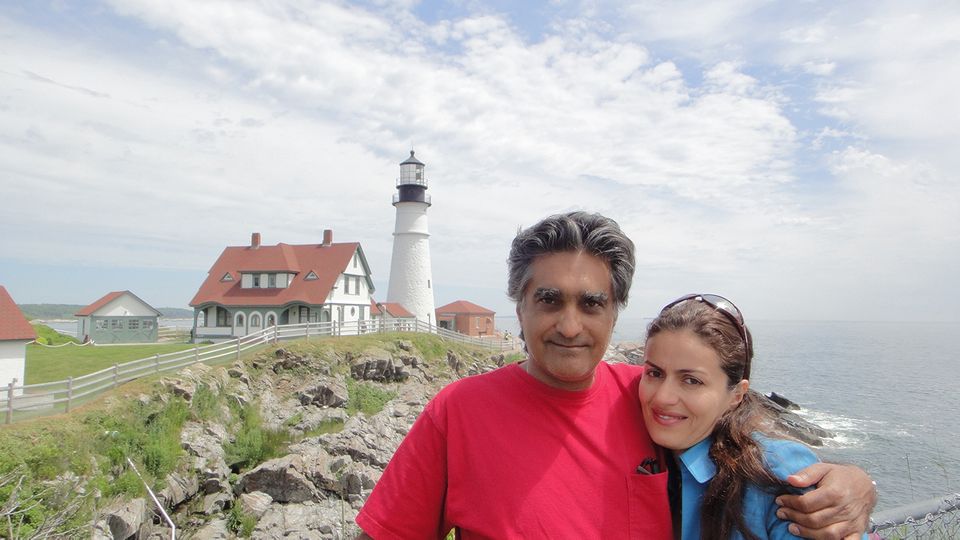 The Iranian gallery owner Afarin Neyssari and her husband, the Iranian-American businessman Karan Vafadari, have been released on bail from Tehran’s Evin Prison after two years in jail.

The Art Newspaper has been told that the couple had to pay a bail of around IRR400bn ($10m). They remain in Tehran awaiting a decision on their appeal request. News of their temporary release on 21 July emerged in social media postings, but yesterday (24 July) the family declined to comment.

The couple, who own the Aun Gallery in Tehran, were arrested by the Islamic Revolutionary Guard Corps (IRGC) in July 2016. In January this year, the couple were sentenced to draconian jail terms of 16 years for Neyssari, and 27 years for Vafadari on accusations that have ranged from “assembly and collusion against national security”, “spreading corruption”, “storing alcoholic drinks” and “dealing in indecent art.”

While Vafadari is one of a string of dual nationals to be incarcerated in Iran — and his wife has also been a US resident — the couple’s supporters have widely claimed that the case centres on valuable real estate that Vafadari’s well-known Zoroastrian family owns in fast-growing Tehran. In a letter written from prison earlier this year, Vafadari wrote that at the time of his arrest, he was attempting to claim back land confiscated from his family during the 1979 revolution, “when more than half of our agricultural lands were confiscated in the name of khoms [Islamic tax] and more assets were taken away from us for different reasons,” he wrote.

The case has shocked the Iranian and international art community, and 15,000 people have signed an online petition for their release.

The Aun Gallery’s artists include the Italian-based Iranian artist Bijan Basari, who went on to represent Iran at the 2017 Venice Biennale, after the couple were arrested

Salman Matinfar, the founding director of the Tehran gallery Ab-Anbar, posted on Instagram about the couple’s release on 21 July. “It is great news that they are out after two years [in prison], even though they are on bail for now for IRR400bn (around $10m) and they have to wait for appeal” Matinfar says. “Many Iranians with dual nationalities have returned to Iran to start a business to contribute to their motherland for a brighter future”, he adds. “What happened to this couple gives many of these contributors cold feet.”

The Armenian artist Jean Boghossian, whom Neyssari had planned to show at the Tehran Museum of Contemporary Art, has also supported the appeal to release them. “I don’t understand why Afarin was arrested in the first place”, he says. “I am happy that two years afterwards they have been released on bail because freedom has no price and I look forward to meeting them whenever possible.”