Is the EGO Act a lot of hot air?

A new law bans government-funded oil portraits of officials, but most paintings have been paid for privately for years 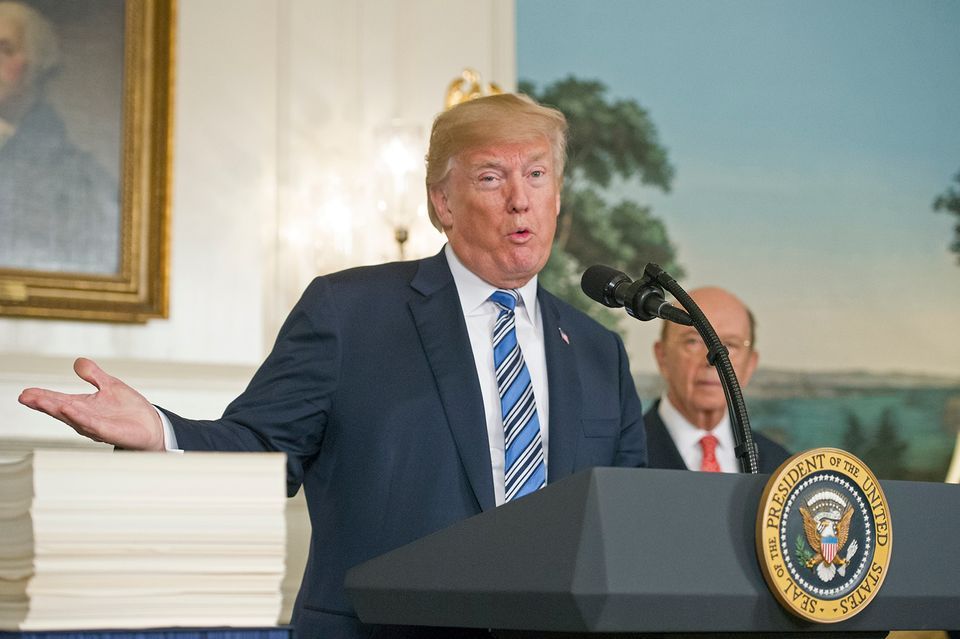 US President Donald Trump rubber-stamped a new law on 28 March that forbids taxpayer money from being used for official government portraits, including likenesses of members of Congress and even the President himself. Dubbed the Eliminating Government-Funded Oil-Painting Act—or EGO—the law could affect an age-old ritual in Washington, DC, but most likely, it will not.

There have been short-term bans on government-funded portraits since 2014, so formalising the rule is not likely to be earth-shattering. Backers of the legislation on Capitol Hill cited numerous examples of perceived waste, such as $22,500 the Department of Commerce tendered for an oil portrait of John Bryson in 2011, who served for only eight months as Secretary of Commerce. Few politicians seemed to recognise the irony that the law came on the heels of $1.3tr spending bill passed by Congress last week. On Twitter, Bill Cassidy, the Republican Senator from Louisiana behind the EGO bill, thanked Trump for signing it into law, adding: “There’s no excuse for spending hundreds of thousands of dollars on paintings of government officials.”

According to the Connecticut-based portrait painter Robert Alexander Anderson, whose past sitters include former politicians like President George W. Bush, Secretary of the Treasury Timothy Geithner, and Chairman of the Federal Reserve Alan Greenspan, public funding for portraits was capped some years ago, with private money making up the difference. “I believe the public spigots were turned off, if not by law, at least in practice, several presidential administrations ago,” he explains. “I have had sitters who, on principle, have voluntarily elected not to tap public funds available to them.” The official portraits of Barack and Michelle Obama, for example, which were unveiled at the National Portrait Gallery in February, were privately funded through donations from individuals, including the director Steven Spielberg.

Government portraits may seem like vanity projects at first blush, but others view them differently. Anderson hopes the tradition will continue, with or without public funds, and expects that it will. “Portrait painting of government officials is a time honoured tradition, and at its best is a unique tribute to the appreciation and admiration of individuals who have served the public in ways great and small,” he says. “It is a catalogue of history measured along timelines of individuals and the institutions they have served.”