Is this $30m portrait the 'last Botticelli'?

Painting will be exhibited at Frieze Masters next month, after a "style of Botticelli" sleeper sold for over £6m at Zurich auction in June 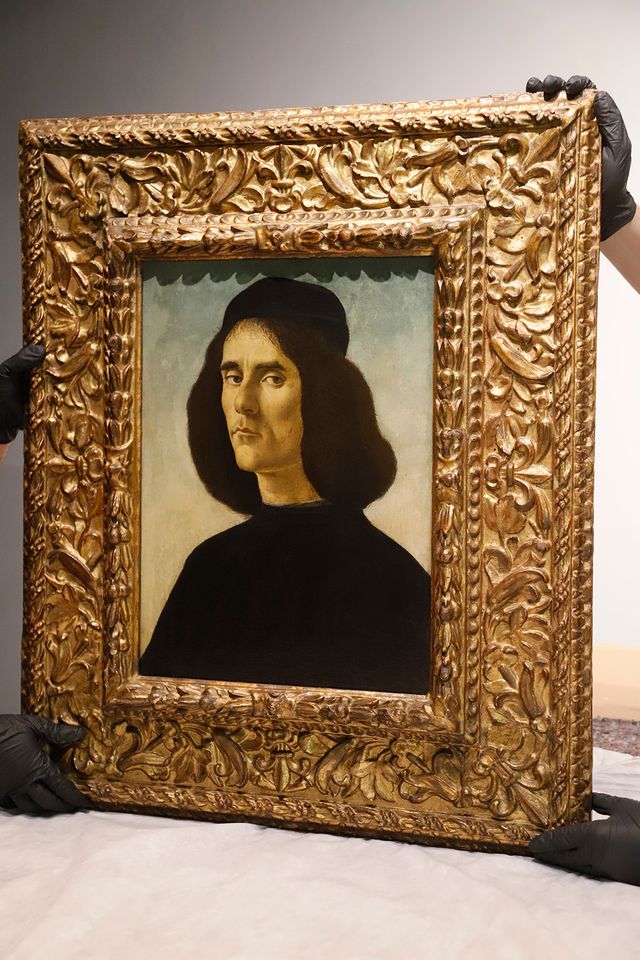 A Sandro Botticelli portrait of a Humanist poet is the latest trophy to test demand for brand-name Old Masters in the aftermath of the market-upending $450.3m bid in 2017 for Leonardo da Vinci’s Salvator Mundi.

Billed, like that much-restored Leonardo, as the last fully-accepted painting by the artist left in private hands, Botticelli’s depiction of the Greek-born poet and soldier Michele Marullo Tarcaniota (1453-1500) will be offered by the London dealership Trinity Fine Art next month at the Frieze Masters fair.

This austerely monochromatic head-and-shoulders portrait had been on loan to the Prado, Madrid, for some 12 years since 2004. It has been consigned for sale by the Spanish collector Dona Helena Cambo de Guardans and her family, who are hoping for a price of at least $30m, according to Carlo Orsi, the owner of Trinity Fine Art.

“That’s an intelligent range” says Orsi for a Florentine renaissance picture, dating from about 1500, whose condition he described as “not excellent, but good for a painting of that age.”

Measuring 19 inches high, the portrait had originally been painted in egg tempera on panel, but was transferred to canvas by a Russian restorer in 1864. Extensive areas of old restoration are visible in the sitter’s dark brown hair and black tunic when viewed under ultraviolet light.

Orsi says that the less than impeccable condition was reflected in the price. So too was the fact that this historically important painting was being offered under a temporary export licence, leaving a sale to a foreign-based buyer subject to the approval of the Spanish government. Without such conditions, the painting might have been auctioned by Sotheby’s or Christie’s with an estimate of $50m-$60m, Orsi says.

Fully authenticated works by Alessandro di Mariano di Vanni Filipepi, called Botticelli (around 1445-1510), rarely appear on the market. The last significant Botticelli to be auctioned at Sotheby’s or Christie’s was the so-called Rockefeller Madonna, which sold at Christie’s, New York, in 2013 for $10.4 million, an in-between price that reflected uncertainty about how much of the painting was executed by workshop assistants. 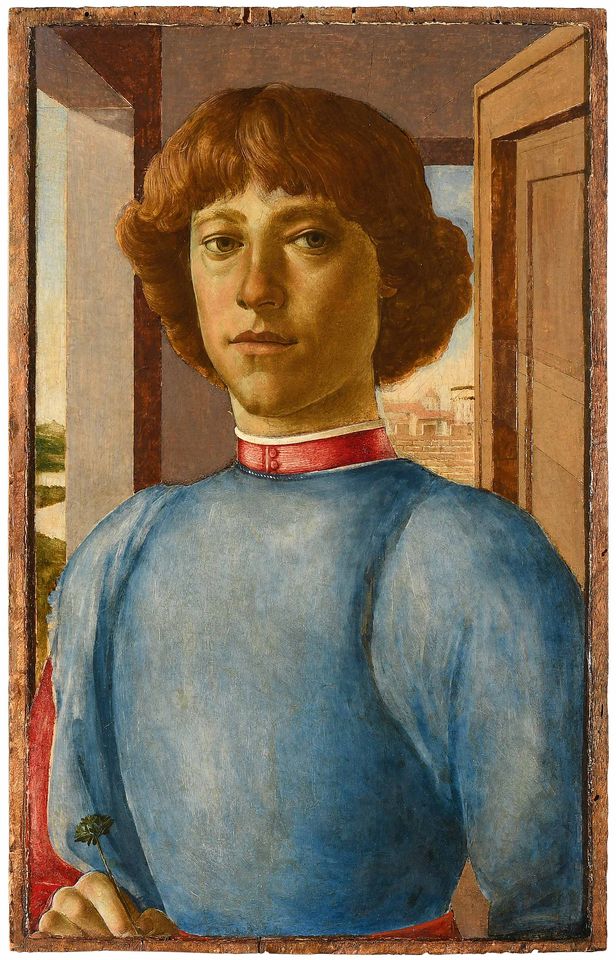 Portrait of a Young Man, catalogued as "In the style of Botticelli", sold for CHF7.5m (with fees, around £6.1m) in June in Zurich Courtesy of Schuler

Botticelli’s Portrait of Michele Marullo Tarcaniota has since the 1920s been widely accepted by scholars as an autograph work. After a youth spent fighting as a mercenary in Thrace and Scythia, Marullo pursued a scholar’s life in Italy, gaining fame in Florentine literary circles for his Epigrams and Hymns to Nature, published in 1497. He died three years later in a drowning accident. It is not known who commissioned the portrait from Botticelli—who probably knew Marullo—and its exact date remains uncertain.

“These late portraits are more psychological,” says Stefan Weppelmann, the director of the paintings gallery at the Kunsthistorisches Museum in Vienna, who wrote the catalogue entry for the Botticelli when it was included in the exhibition, The Renaissance Portrait: From Donatello to Bellini, at the Bode-Museum, Berlin, and the Metropolitan Museum of Art, New York, in 2011-2012. The entry identified the painting as part of a distinct genre of Italian late 15th century scholars’ portraits.

“He’s not a nice guy to look at,” Weppelmann says, referring to the sitter’s disdainful, confrontational expression. “But if I had to hang out with any of Botticelli’s sitters, it would be him. He looks like a modern type of philosopher.”

Trinity Fine Art is hoping it will appeal to a modern type of buyer at Frieze Masters. “My dream is to sell it to a contemporary art collector,” Orsi says.

But is it the “last” Botticelli? This question was raised on 28 June at the Zurich auction house Schuler after an enigmatic Portrait of a Young Man on panel, catalogued as “In the style of Botticelli”, sold to an anonymous telephone buyer for a shock CHF7.5m (with fees, around £6.1m), against a low estimate of just CHF5,000.

Consigned from a local private collection, the half-length portrait of an unknown sitter features a river landscape seen beyond window shutters similar to those in the background of Botticelli’s Portrait of Giuliano de' Medici (around 1480) in the National Gallery of Art, Washington. D.C.

Back in 1924, this Zurich portrait had been enthusiastically endorsed by the eminent German art historian Wilhelm von Bode as a newly discovered Botticelli. It was, however, omitted from Ronald Lightbown’s 1978 complete catalogue of the artist’s works.

Clearly at least two bidders thought this could be another autograph-quality Botticelli that somehow still remained in private hands. Damian Dombrowski, a professor of art history and the director of the museum at the University of Wurzburg, who has published extensive research on Botticelli, seems to agree.

“The portrait that came up at the Zurich auction is very reminiscent of Botticelli's early style indeed,” Dombrowski says in an email, having looked at a high-resolution photograph of the painting. “The workshop hypothesis has to be discarded, for the style resembles too closely the best portraits by Botticelli during the early 1470s. Either we have a new original, or it is a forgery,” Dombrowski adds, suggesting that the pigment and the panel should be submitted to radiocarbon dating. “At this point, I tend to believe in Botticelli's own hand.”