Cannon, Millennium, Southwark and London bridges have been fitted with LED lighting as part of a £45m public art project 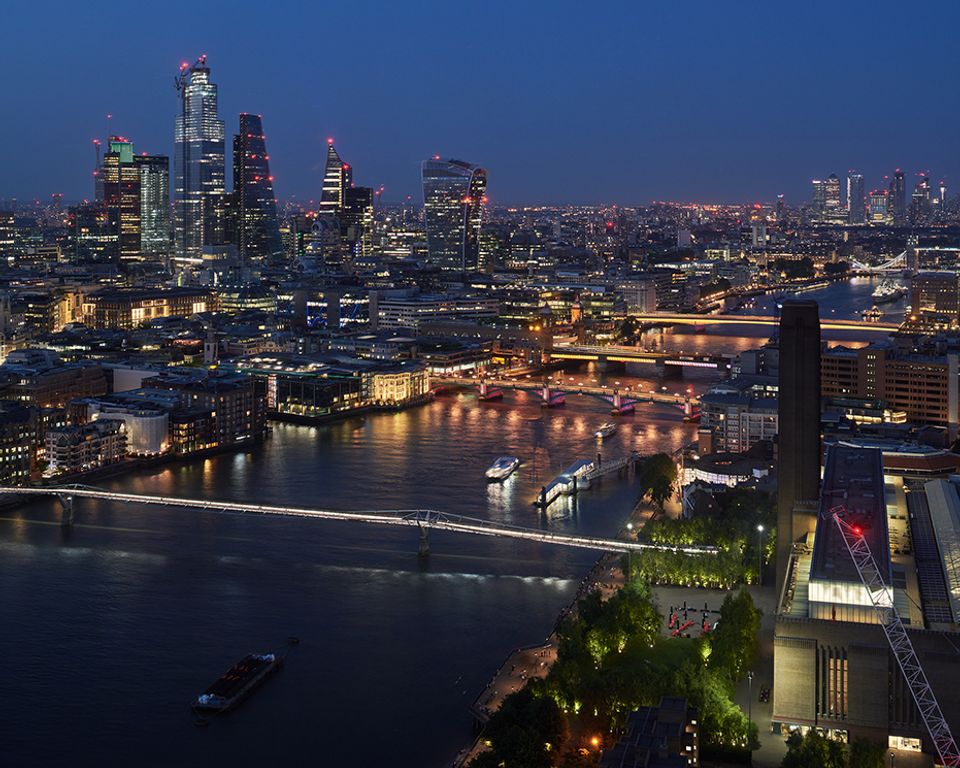 Yesterday evening, four bridges on London’s Thames river were lit up with LED lights as part of the first phase of a public art commission which will remain in the city for at least 10 years.

Spanning a proposed length of 8.3km, the Illuminated River Project will, upon its completion, be the longest artwork in the world. Designed by the US artist Leo Villareal and the British architecture firm Lifschutz Davidson Sandilands, the privately funded project will eventually see up to 15 bridges lit up along the Thames at a cost of £45m.

It is estimated that 60 million people will view the artwork every year, with over 1 billion viewers by the end of the project.

LED lights, approximately 10,000 per bridge, have been affixed to the river crossings' structures and will shine in sequences designed by Villareal, whose work primarily involves computer-programmed light displays.

"It was important for me to make something that felt appropriate and inspired by the life and history of the river, rather than using the bridges as a pedestal for my own ego," Villareal told The Art Newspaper, adding that he travelled to London "around 30 times over the past three years to gain a deeper sense of the city".

Villareal says that he is hoping to "follow in the footsteps of Monet, Turner and Whistler", artists who were all inspired by the river and capture the same magic they did through his LED displays which allow him to "paint with light". With each fixture able to create 16 million colours, the subtly shifting hues achieved through computer programming designed by Villareal are akin to "tuning a musical instrument", he says.

The project is a chance to rebalance things along the river, where certain bridges are well illuminated while others are not, says Villareal, pointing to the fact that several bridges were illuminated in a "hurried and haphazard fashion" for the 2012 London Olympics. The Illuminated River Project is a way, he says, for the entire span of the Thames's bridges to receive a "comprehensive treatment" and form a network. 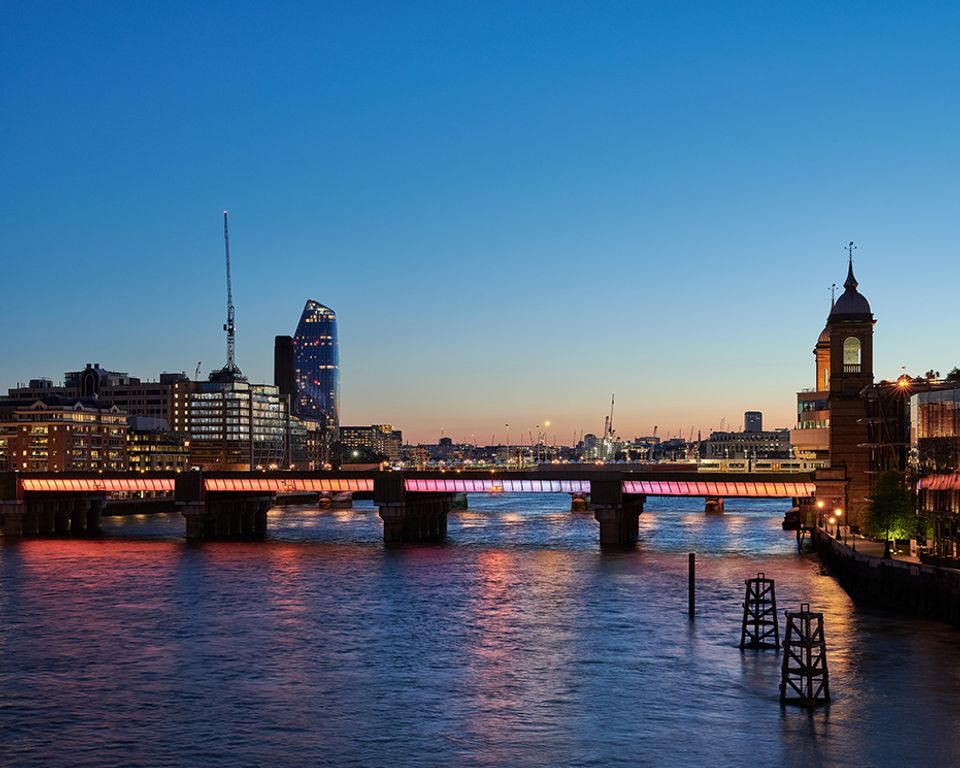 Illuminated River aims to not only beautify the Thames, which the project's main financial backer Hannah Rothschild described as a "snake of darkness", but will also be more environmentally friendly. Using energy-efficient lights, it will decrease overall light emissions produced by the bridge's previous lighting fixtures and each illuminated bridge will be turned off at 2am BST every night, reducing energy costs. Furthermore, "the precise beam angles" achieved by the state-of-the-art LED lights will reduce light pollution spilling down into the water which disrupts wildlife.

"Each bridge provided a unique challenge. With Southwark bridge in particular proving difficult due to the intricate and complex nature of its structural engineering. We put fixtures in the bottom of the bridge to reveal the stunning ironwork which was previously not given enough attention, it has allowed us to illuminate every rivet and detail." Villareal adds that the teal palette of the bridge's paintwork eventually worked its way into the colour of Southwark Bridge's light sequence. 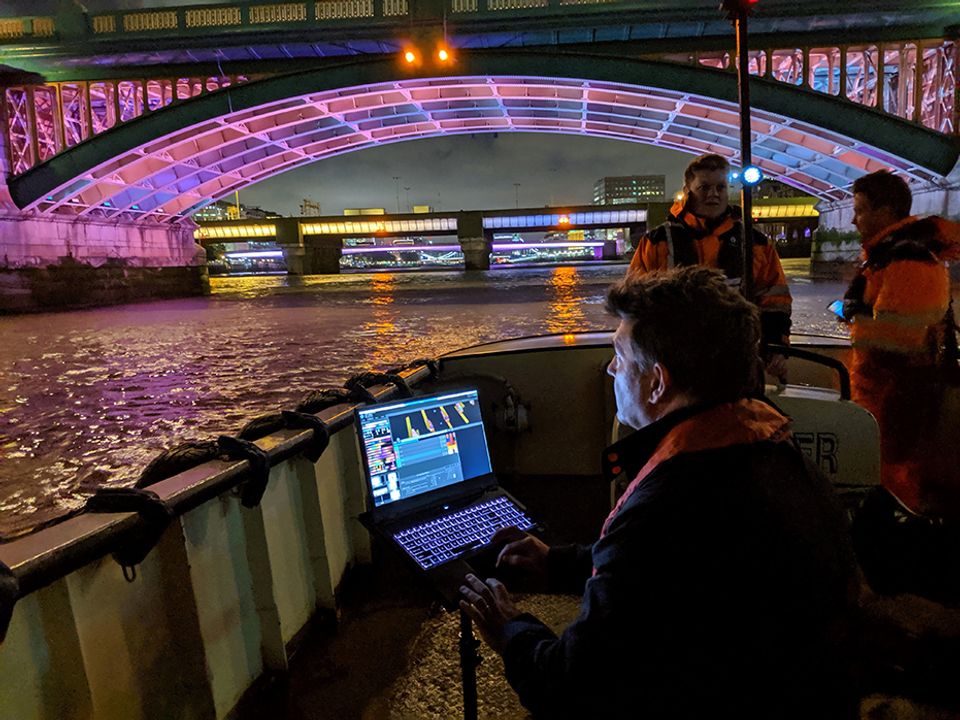 This is not Villareal’s first time working on a major public art project, nor illuminating a bridge. In 2013 he was commissioned by the city of San Francisco to light up the San Francisco-Oakland Bay Bridge, placing around 25,000 LED lights on the 2.2km structure. Though Illuminated River is planned to be taken down after 10 years, Villareal notes that "there was an uproar in San Francisco when they took [the Bay Bridge lights] down after two years", and his light display is now a permanent fixture in the city.

Phase two of the project, set to complete by autumn 2020, will include Waterloo, Westminster and Lambeth bridges.

The project has been almost entirely funded by some of the world’s richest individuals including Hannah Rothschild, who originated the project's idea, and the Ukrainian-born, British-American businessman Leonard Blavatnik, the UK's wealthiest man.

A similar project was proposed by Hannah's father Jacob Rothschild in the early 2000s to illuminate Waterloo Bridge but faced opposition from Ken Livingstone, the London mayor at the time. Villareal says that both the scope of the current project, as well as the technological advancements in lighting displays since, have contributed to the success of local and city councils granting permission for this project.

Villareal is due to return to London for a solo exhibition at Pace this November, which will feature a series of black and white LED light displays reminiscent of the cosmos.