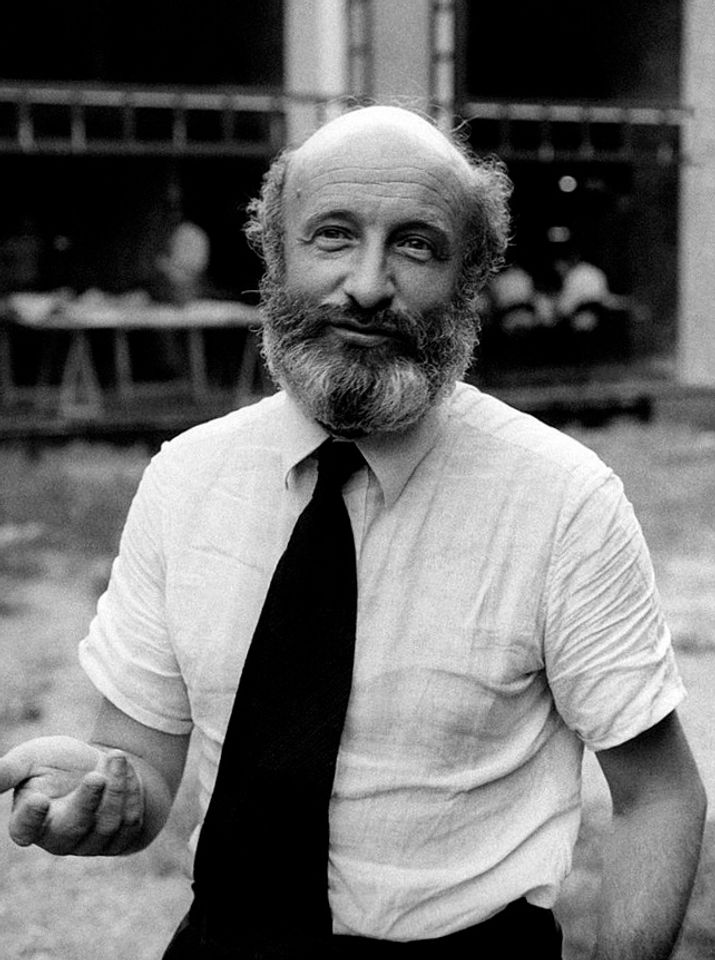 Vittorio Gregotti has died from Covid-19

Covid-19 has cut down a leading figure in the world of architecture and art. On 15 March, the Italian architect and town planner Vittorio Gregotti died in a Milan hospital. He was 92. He was one of the most successful and international architects of the later 20th century, combining his practice, Gregotti Associati, with teaching at universities in Venice, Milan and Palermo. His most famous pupil was Renzo Piano, who told the Milan newspaper, the Corriere della Sera, “His great legacy has been the defence of the city and its surroundings. As a teacher, Vittorio Gregotti was profound and authentic, as are all great masters…he was a friend and a strict guide”.

A gifted and energetic theorist and communicator, Gregotti wrote 30 books, the last in 2019, and poured out articles on architecture and town planning for the leading Italian newspapers. Between 1982 and 1986 he edited the influential architecture magazine Casabella. His most famous books are Il territorio dell’architettura, 1966, which is about the relationship between buildings and their context, and, 25 years later, La città visibile, which takes the discussion further in light of how architects had in fact learnt to take account of the surroundings of their projects.

The son of a wealthy textile family of Novara in northern Italy, he studied architecture at the Politecnico of Milan. He was a member of the Italian communist party, which in the years of Italy’s post-war industrialisation was the natural home of progressive intellectuals. A left-wing radical inclination was also in the tradition of architects of the earlier 20th century, such as the Bauhaus and Le Corbusier, who saw architecture as much more than designing buildings, but as the moral shaping of the environment and of people themselves. The semiologist, philosopher and novelist Umberto Eco, the avant-garde composer Luciano Berio, and the architect of the Gare d’Orsay, Gae Aulenti, were among his friends. 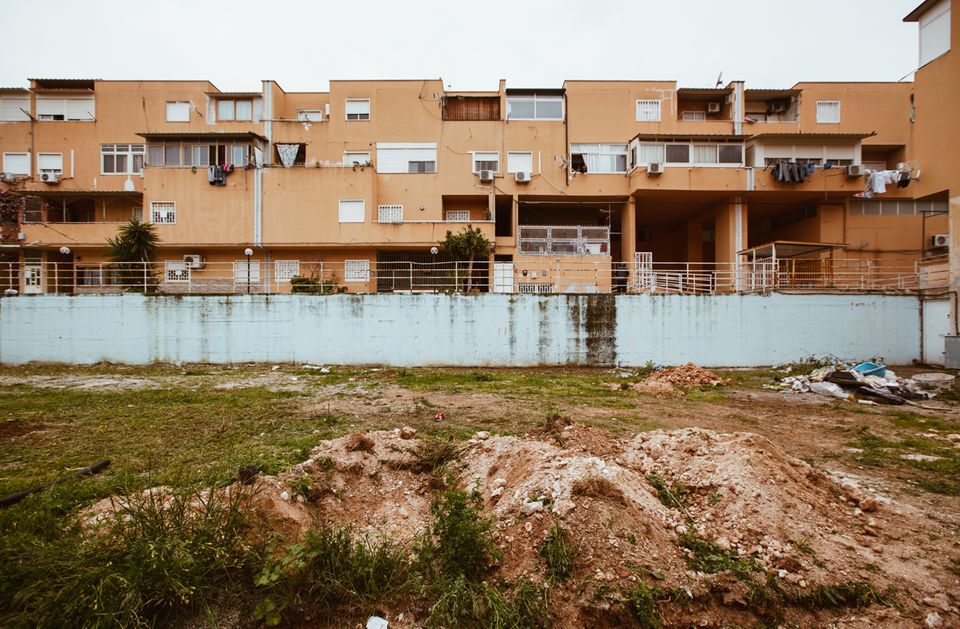 One of his earliest works, the ZEN (zona espansione nord) neighbourhood of Palermo, a vast mass of working-class housing built in 1969, has become a by-word for a disastrous architectural experiment, crime-riddled and degraded like so much social housing. But Gregotti objected that it was never completed as he had planned it, with amenities such as a theatre; it should not have housed just one social class, he said, and it was never maintained properly.

Its failings only became apparent gradually, however, and did not damage his career. Gregotti went on to design many prestigious buildings in Italy and internationally. His talents as a town planner were called upon from Italy to France to China, and he became known as the architect who could elegantly repurpose an industrial zone or a factory complex.

In 1975, he brought together his wide interests in the exhibition about what could be done to re-use the huge, then redundant, neo-Hanseatic flour mill on the Giudecca in Venice. Hosted in the Magazzini del Sale on the Zattere, then also redundant, the exhibition united land art and architecture.

This led to his being appointed director of the visual arts section of the Venice Biennale in 1976. It was a time of radical turmoil in Italy and at the Biennale itself. He called his Werkbund 1907, after the German association that aimed to bridge the gap between the crafts and industry and was a precursor of the Bauhaus. He devoted five sections to architecture, which led to the Biennale of Architecture being instituted in 1980. He was to direct the visual arts Biennale once more, in 1978, when he gave it the title Utopia and the Crisis of Anti-Nature: Architectural Intentions in Italy. 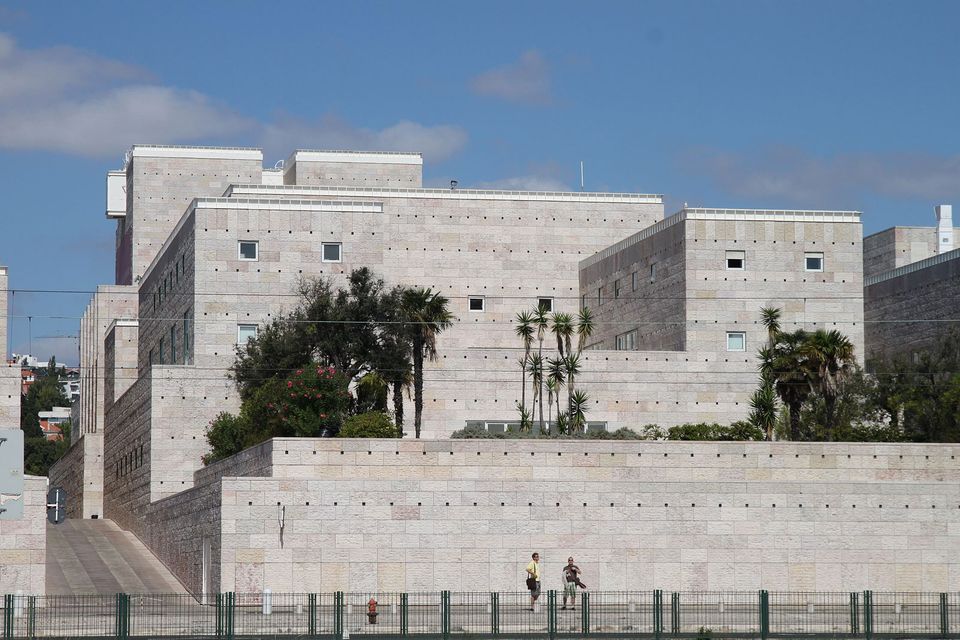 He is the last modern architect to have left a significant mark on Venice with his 1981 residential neighbourhood and restructuring of the port in 1990. He built stadia for Barcelona, Genoa, Marrakech and Agadir in the 80s and 90s. He was one of the star architects called upon by Berlin to design the Potsdamer Platz and Leipziger Platz in the 1990s. He drew up urban master plans for Pavia, for post-industrial parts of Turin, and for Gorizia in the 90s. He built the National Grand Theatre in Beijing and the Arcimboldi opera house in the former industrial zone of the Bicocca in Milan, also in the 90s. The way the Bicocca looks now is largely due to Gregotti, and it contains another of his major works, the Pirrelli research centre. Still in the 90s, he built a new town on the Black Sea in the Crimea, and in the 2000s he erected a whole new town, Jiangwan, and the residential quarter of Pujiang, both near Shanghai. In between, he found time to design ships for the Costa Cruises. This is to name only a small number of his creations.

One of his most illustrated works is the 1988 Céntro Cultural of Bélem, Lisbon, but another fine work is second but last building, of 2008, in which he rose to the challenge at which so many modern architects come a cropper, which is to design a church. His San Massimiliano Kolbe in Bergamo is a handsome drum on square in golden stone that echoes the form of the older church on the other side of the piazza and filters the light beautifully inside from under its shallow dome.

In 1964, Gregotti won the Gran premio internazionale at the 13th Triennale of Milan, and in 2016 the Centre Pompidou dedicated an exhibition to his donation of drawings and architectural models.