New guidelines are published after six year negotiation, but dealers will have to provide written contracts with artists when acting on consignment 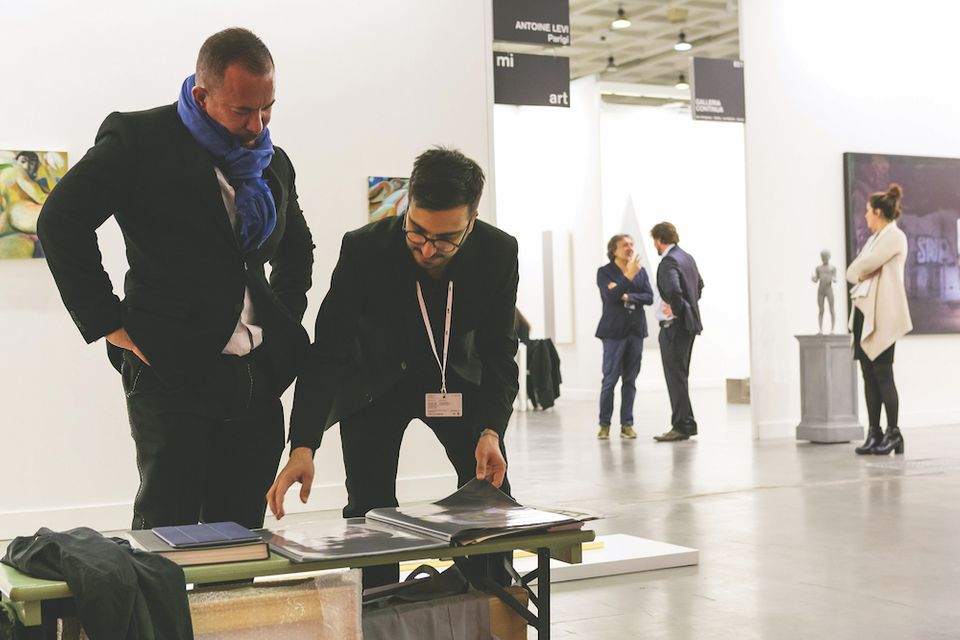 Galleries exhibiting at Miart in Milan last month welcomed the decision to scrap the resale right on primary market sales, but say it will increase paperwork. © Andrea Rossi

Primary market galleries in Italy no longer have to pay the artist’s resale right (ARR) when selling a work for the first time on behalf of an artist, meaning only works being resold are subject to royalties.

The decision follows a six-year negotiation between a group of 24 Italian and international art galleries and the Italian Association of Modern and Contemporary Art Galleries and the royalties collecting agency, the Italian Society of Authors and Publishers (SIAE).

Following an out-of-court agreement, the SIAE published new guidelines on 1 February stating that: “The resale right applies only in cases where the transaction, subsequent to the first transfer made directly by the author of the work, takes place through an art market professional (for more than €3,000).”

When the 2001/84/EC directive was introduced in 2006, Italy opted for compulsory collection of the ARR royalty by the SIAE on all transactions made by galleries acting on behalf of artists under consignment agreements.

But ever since, the trade has argued that this “has hindered the competitiveness of Italian galleries internationally”, says Silvia Stabile, an art lawyer and member of the Art and Cultural Property Focus Team at the law firm BonelliErede.

Stabile acted on behalf of the galleries and the Italian Association of Modern and Contemporary Art Galleries who brought a class action against the SIAE, arguing that a distinction must be made between the primary market (where works are first sold) and the secondary market (where they are resold).

“This is a milestone for the primary art market galleries, as the guidelines finally establish that the ARR constitutes an integral part of copyright,” Stabile says. “This provides authors with a standard level of protection and ensures that they will continue to share in the economic success of their original artwork in any subsequent sales.”

Gaetano Blandini, general manager of SIAE, says in the statement that the organisation is “satisfied with the result achieved with the publication of the guidelines, after a long confrontation with the operators of the art market.”

Among the galleries who campaigned for the change were Massimo de Carlo and Galleria Continua. Fabrizio Orsi, Continua’s chief financial officer, describes the negotiations with the SIAE as “long and intense” and argues: “If the primary market gallery did not bear the costs of promotion, transport and insurance, in addition to their direct participation in national and international art fairs, the artist would run the risk of never being appropriately recognised, valued and appreciated around the world.”

Orsi adds an interesting point: that galleries “will be obliged to have written contracts with the artists—either representation or non-representation sales mandates, commission agreements or value contracts—and must diligently conserve such documentation” in order to prove that they are operating in the primary, not secondary market.

Paper contracts between artists and galleries are still not common practice globally, though there have been calls for them to be introduced to provide some protection for both. Orsi says that Galleria Continua’s agreements with artists were previously “only verbal and now they are in written form”. While some artists accepted the need for a more formal agreement without question, the gallery has faced resistance from others who were “annoyed by the request, asking ‘but why don’t you trust us after all these years?’” But, Orsi says, once their lawyers had read the contracts, “everything became easier when they realised that there were no hidden plots”.

Massimo de Carlo says he is happy that “a decision has been made which does not penalise Italian galleries against foreign ones. It helps Italian galleries to be more competitive, but there is still a lot to do, like reducing VAT on importation.” Regarding contracts he says: “We have always had consignment agreements on paper. Other galleries have not, and they will have to conform.”