Despite eviction procedures, the US strategist’s collaborator says they will fight to stay in the 13th-century building 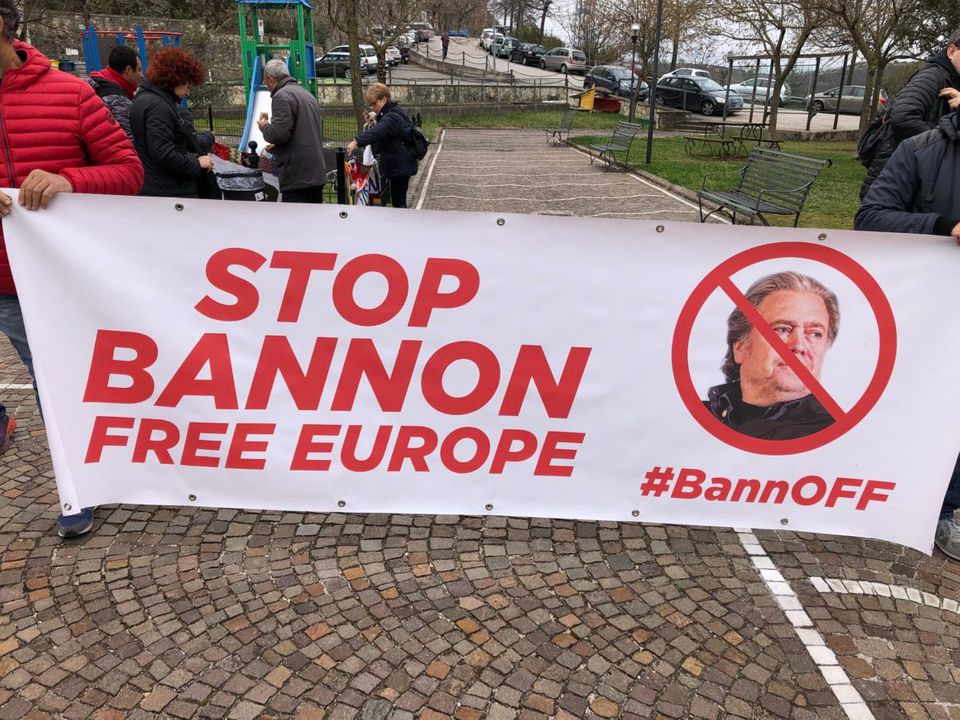 Protesters in Collepardo, Italy, protest against Steve Bannon and his initiative to create a populist academy in the Trisulti monastery © Giada Zampano

After a year of protests and parliamentary questions, the battle over the future of a medieval monastery in Italy has reached its endgame.

On Friday, the Italian ministry of culture announced that it is initiating proceedings to evict Steve Bannon, the former chief strategist for US President Donald Trump, and Benjamin Harnwell, a British conservative Catholic, from the Certosa di Trisulti, a Carthusian monastery built in 1204 at Collepardo, 75km south-east of Rome.

Last year, the duo’s Dignitatis Humanae Institute (DHI) secured a 19-year lease on the monastery, which is listed as a national monument. They say they intend to use the building to launch a school for nationalists where students will receive political instruction from Bannon and study other subjects such as history, philosophy and theology. 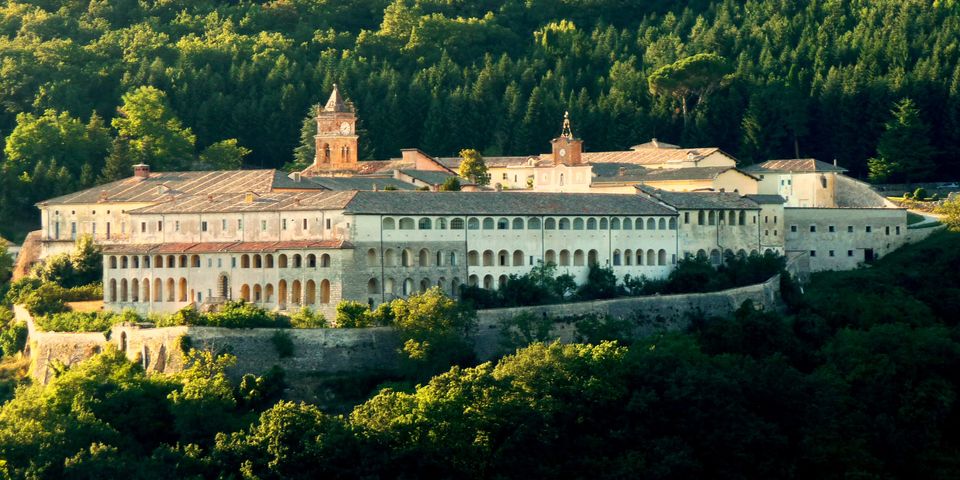 The legal papers finalising the lease were signed in January and Harnwell moved into the hilltop building which includes a cloister, library, 18th-century pharmacy and an elaborate topiary garden, shortly afterwards. But the Ministry of Culture now says that it has sufficient evidence of irregularities in DHI’s lease application to revoke this contract and evict Harnwell and Bannon from the monastery. The decision was taken on advice from Italy’s Attorney General, the ministry said.

The move follows a report published in La Repubblica newspaper last month which alleged that a letter which was included as part of the DHI’s lease application for the monastery was fake. The letter in question, purportedly from the Danish bank Jyske, vouched for the viability of the duo’s business plan for the building. But the bank manager told La Repubblica that “the letter is not genuine…it is fraudulent,” an allegation which Harnwell disputes. 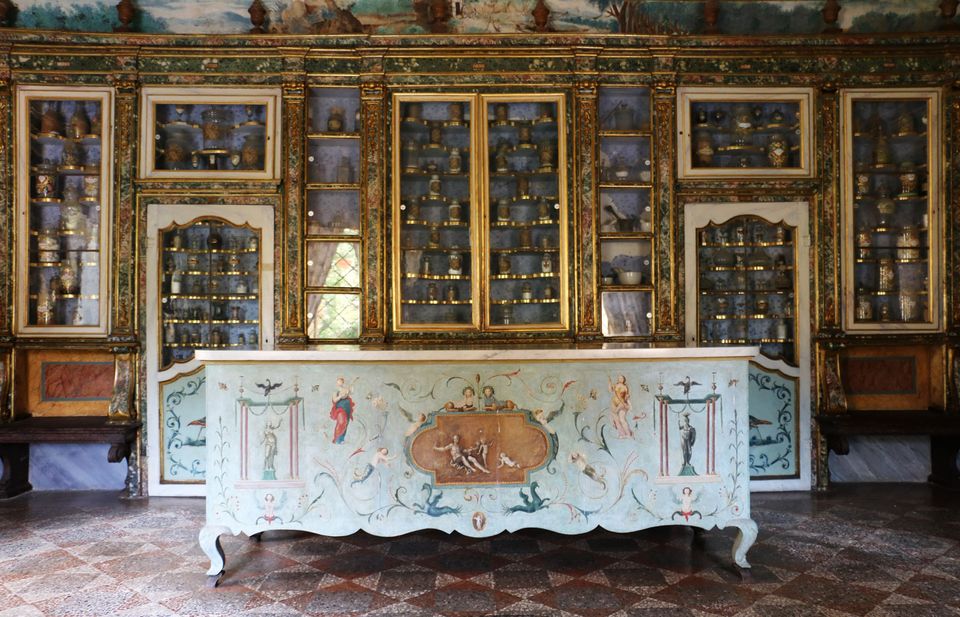 The pharmacy in the Certosa di Trisulti monastery © Mattis

Speaking on Friday after the decision to revoke the lease was announced, the Italian undersecretary for culture Gianluca Vacca said that other factors which were taken into consideration include the fact that the DHI does not list the “safeguarding, promotion and enhancement” of cultural sites in its statutory aims and does not have the necessary experience to run an important cultural site. “This has nothing to do with politics, we are interested in respect of the law and the safeguarding of our national cultural heritage,” he said, adding that the decision to award the monastery lease to Bannon and Harnwell was taken by the previous government.

Over the past year, villagers at Collepardo and nearby towns have staged marches protesting the monastery’s takeover by Bannon and Harnwell and the culture minister, Alberto Bonisoli, has been questioned in parliament over the duo’s proposed nationalist school. In April, a petition signed by academics, politicians, and members of the public was delivered to the ministry of culture calling on it to resume control of the building while the president of the Lazio region, Nicola Zingaretti, wrote to Bonisoli decrying the “openly xenophobic” political activities inside a monastery “which has been a place of prayer, peace and meditation for eight centuries”.

In a statement emailed to The Art Newspaper, Benjamin Harnwell said that the DHI will fight the ministry of culture’s decision. “The DHI would like to clarify erroneous press reports that its lease for the Certosa of Trisulti has been unilaterally revoked by the ministry of culture. While the ministry has announced it is initiating proceedings to revoke the lease, the DHI will contest this illegitimate manoeuvre with every resource at its disposal no matter how many years it takes. And we will win.”

“The ministry of culture might be prepared to surrender to every whim of the extreme left—the DHI will never do so. This is nothing more than the braying of the cultural Marxist left against the defense of Western Civilization. Therefore the Academy for the Judeo-Christian West will proceed as planned this Autumn, and in the meantime, we relish the opportunity to fight our case in court.”