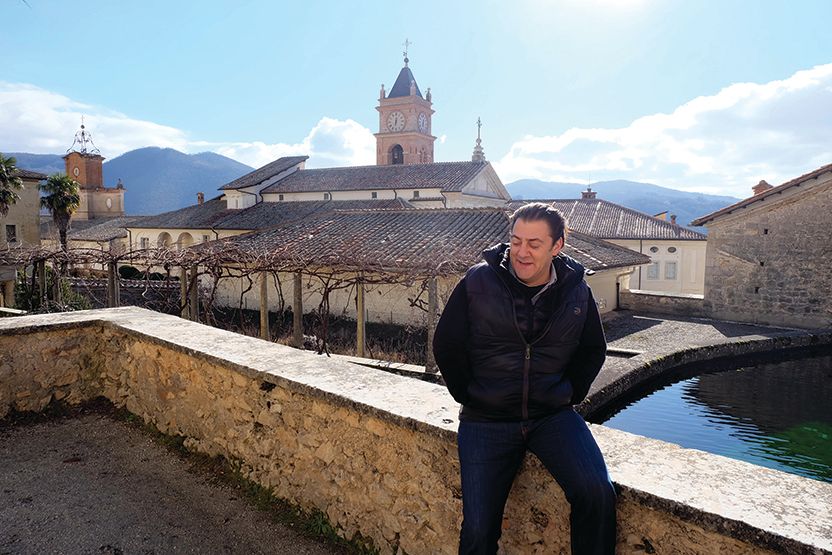 After a protracted legal battle, the Italian culture ministry has evicted Benjamin Harnwell, a British Catholic conservative, from the 13th-century Italian monastery where he planned to launch a right-wing political academy with Donald Trump’s former chief strategist, Steve Bannon. The ministry is now enlisting a coalition of community groups to open the Certosa di Trisulti to the public and determine what purpose it should serve. But Harnwell, who says he is the victim of a miscarriage of justice, has filed a final appeal on the case with the Corte di Cassazione, the Italian Supreme Court.

Following a ruling this spring by the Consiglio di Stato, Italy’s highest administrative court, Harn-well was ordered to vacate the property, located on a wooded hill in Collepardo, south-east of Rome, by 26 July. Culture ministry officials subsequently conducted an inventory of the buildings, including a cloister, a library and an 18th-century pharmacy. The initial survey suggests nothing has been damaged, a ministry spokesman tells The Art Newspaper.

The monastery is a listed national monument overseen by the culture ministry’s director general of museums, former Pompeii chief Massimo Osanna. Part of the complex will be opened to visitors as a heritage attraction in the coming months, but there will be a longer “period of reflection” before its primary use is decided, the spokesman says. The ministry is partnering with the Lazio region and Trisulti Bene Comune (TBC), an alliance of ten local associations, to develop a longer-term management plan for the site.

Daniela Bianchi, the president of TBC, says initial proposals include the return of a monastic order and the formation of a training school for heritage administrators. TBC will consult local residents and other charitable organisations starting in October. “We want this collaboration between the third sector, the region and the ministry to become a model for how heritage sites are managed,” Bianchi says.

The Carthusian monastery Certosa di Trisulti was built in 1204 © Mattis

However, Harnwell warns that the Dignitatis Humanae Institute (DHI), the Catholic lobby group of which he is president, has not renounced its claim to the Certosa di Trisulti.

In 2018 the ministry awarded DHI a 19-year lease for the monastery as part of an initiative to involve the private sector in the management of Italian cultural sites. It revoked the lease a year later, citing irregularities in DHI’s application, after news emerged of Harnwell and Bannon’s plans to launch the Academy for the Judeo-Christian West, which would train recruits in politics, theology and philosophy. The group contested the decision and a Lazio tribunal ruled in its favour in May 2020, finding the ministry had not annulled the lease within the prescribed time limit, or provided evidence for claims the DHI had made “false and mendacious” statements in its application.

But the ministry, together with the local associations that later united as TBC, appealed against the Lazio judgement in the Consiglio di Stato. In March, magistrates overruled the lower court, and the ministry ordered Harnwell to leave the monastery by 15 May. The DHI requested a suspension from the Consiglio di Stato, but this was rejected before the definitive eviction date of 26 July was set.

Harnwell confirmed he is appealing against the Consiglio di Stato ruling in the Italian Supreme Court, telling The Art Newspaper: “My objective is to clear my name.” He will be the defendant in a further criminal case brought by the Rome public prosecutor’s office, in which he is accused of missing rent payments and making fraudulent statements in DHI’s bid for Certosa di Trisulti. A hearing is scheduled for 15 November at the Tribunale di Roma.

Harnwell remains undeterred in his ambition to launch Bannon’s right-wing academy, saying it will conduct lessons online until it secures a physical site, and that “we have over 5,000 requests to participate”.