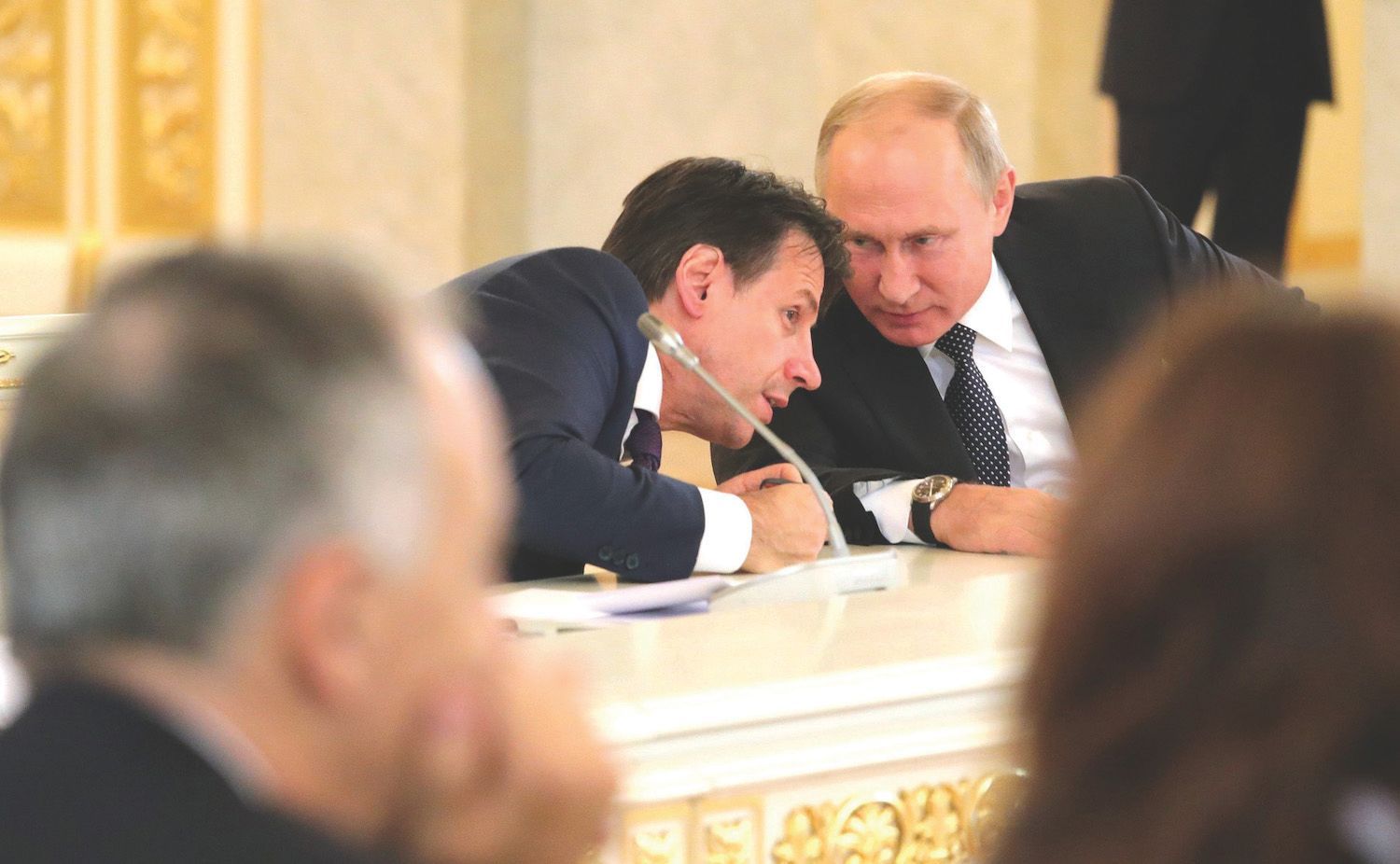 Umbrian organisations and the Hermitage Museum in St Petersburg unveiled a four-year partnership in June whose primary objective is to promote Renaissance works produced in central Italy. Yet, with Russia recently accused of capitalising on Italy’s Covid-19 crisis for political gain, there are concerns that the country may have ulterior interests in the EU nation.

Many works produced during the Umbrian Renaissance are housed in museums across the Italian region and in the Hermitage’s vast collection of 10,000 highly significant Italian works. Signed by the Umbria Region, the Galleria Nazionale dell’Umbria, the town of Perugia, the Fondazione Cassa di Risparmio di Perugia bank and the Hermitage, the accord will promote collaboration through internships, conferences, editorial activity, scholarships, workshops and the exchange of works.

“The Umbria deal is significant for its long duration, its coverage of the whole of Umbria and the importance of the exchanges,” Marco Pierini, the director of the Galleria Nazionale dell’Umbria, tells The Art Newspaper. The projects will be funded individually and defined on a rolling basis, though Perugia will host works from the Hermitage for a major exhibition of Pietro Perugino in 2023, the quincentenary year of the artist’s death, Pierini reveals. Furthermore, when the Galleria Nazionale closes for a six-month renovation in January, it will lend the Hermitage 40 13th- and 14th-century works—including examples by Duccio and Gentile da Fabriano—from February to the end of May.

It is just the latest sign that Russia is making inroads into Italy through art. Last year, the Hermitage, which in 2007 launched Ermitage Italia, a research programme with bases in Ferrara and Venice, lent Leonardo’s Benois Madonna (1478–80) to the Pinacoteca Comunale di Fabriano and the Galleria Nazionale dell’Umbria, before the Uffizi displayed Botticelli’s La Madonna Della Loggia in Vladivostok and St Petersburg. In March, the Hermitage’s director Mikhail Piotrovsky launched From the Hermitage to Italy, a series of streamed virtual tours conducted in Italian, in solidarity with the nation that had been ravaged by Covid-19. Three months later, Italian museums offered the Hermitage their own virtual tours under the banner “Italia all’Ermitage”.

Russia’s human rights and democratic records have drawn intense criticism from Western governments, but its “special relationship” with Italy—forged jointly by the Soviet Union and the Italian Communist Party, and strengthened through Prime Minister Silvio Berlusconi’s close friendship with Russian President Vladimir Putin—has been consolidated further by the ruling Five Star Movement’s enthusiastic pro-Russian stance, as well as Prime Minister Giuseppe Conte’s open scepticism of EU sanctions that were imposed following Russia’s annexation of Crimea in 2014. “The notion that Italy is Russia’s ‘Trojan horse’ within the EU is now mainstream,” says Eleonora Tafuro Ambrosetti, a Russia expert at the ISPI think tank. 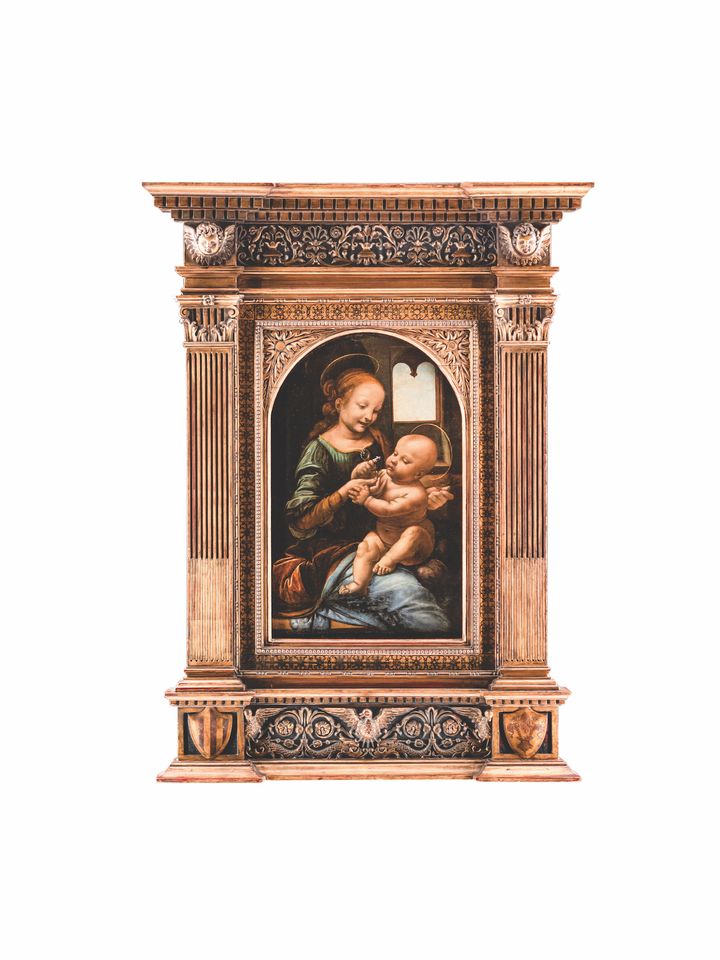 That has fuelled domestic concerns that boiled over in March, after Russia dispatched personal protective equipment (PPE), ventilators, disinfection units and 122 military doctors in lorries emblazoned with the slogan “From Russia with love” to Italy. The La Stampa journalist Jacopo Iacoboni reported that 80% of the Russian PPE was “totally useless [...] and therefore little more than a pretence”, before a Russian Defence Ministry spokesman described the claims as “fake news”, ominously suggesting “whoever digs a grave crashes into it”. Luigi Di Maio, Italy’s foreign minister, hit back, declaring “freedom of expression is a fundamental value of our country”.

“On the one hand, Russia wanted to highlight its presence to Italians,” says Tafuro of the aid mission. “On the other, it wanted to display its international supremacy to Russian voters, in the run-up to July’s crucial constitutional referendum.”

Alongside such public displays, culture has provided a more discreet diplomatic tool. Russia’s foreign policy concepts of 2013 and 2016 described “soft power” as integral to meeting its overseas objectives, and a number of its international art projects, including the 2016 Icons of Modern Art exhibition in Paris and last year’s agreement with Syria to rebuild Palmyra, have been interpreted by commentators as examples of diplomacy. Italy—which signed a pact for “cultural tourism” in 2016, relaunched the Italo--Russian Dialogue Forum in 2019 and signed an agreement in February to reinforce cultural collaboration through orchestral tours, exhibitions and loans—has been a particular focus.

While Pierini seemed comfortable with describing the deal as “a clear example of cultural diplomacy”, Iacoboni, in a separate interview for The Art Newspaper, warned against using art for political means. “Russia sees Italy as the weak link in Europe, and culture is one means through which it seeks to penetrate, influence and push the message of ‘we are friends’,” he says. But Pierini is more optimistic. “This is a chance to strengthen [Italy and Russia’s] ties, to help smooth over the controversies,” he says.

In the end, the international art world could have the most to gain. “Italian art is now a shared heritage. [The Russians] are owners as much as we are. So we need to join forces to realise our potential—and force ourselves not to fight.”