As a landmark exhibition in Rome draws to a close, government's plans for long-hidden group of ancient sculpture remain unclear 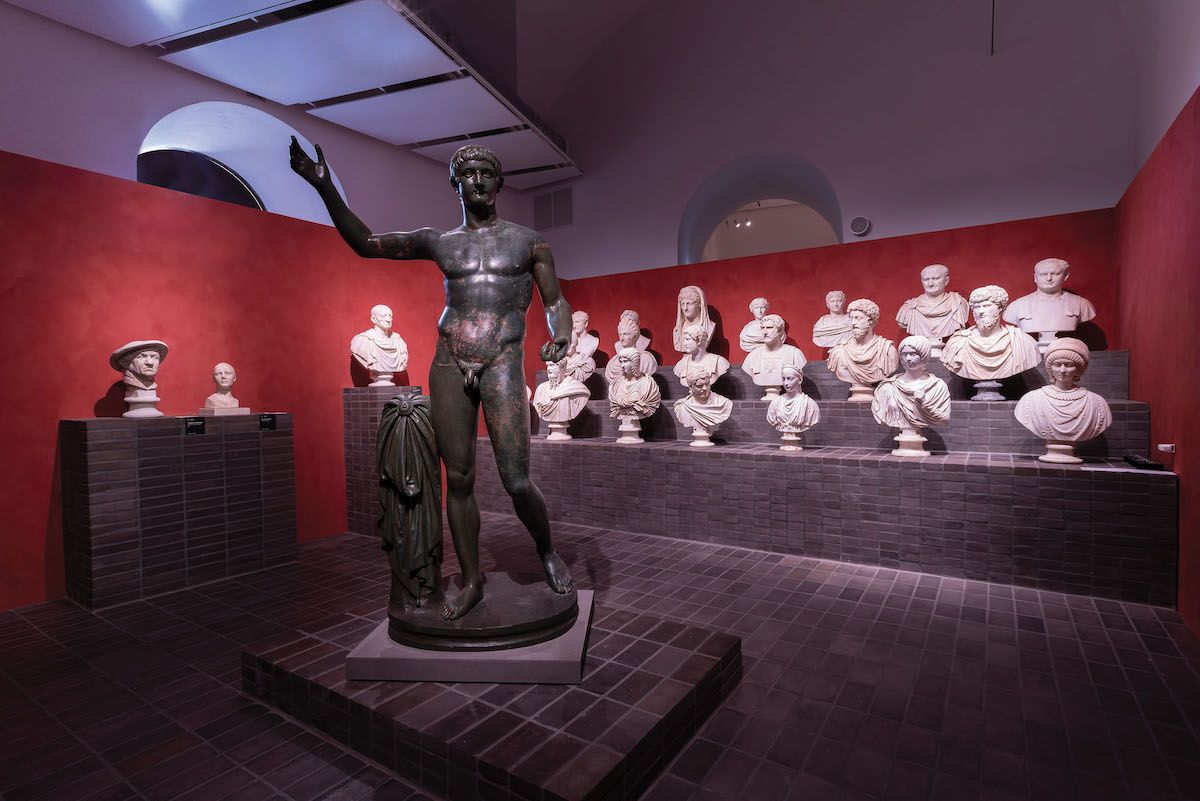 Recently emerged photographs of the Torlonia collection stored in poor conditions in Rome have stirred fears about the uncertain future of what is considered to be the finest group of Greco-Roman antiquities still in private hands. Despite renewed calls for the Italian government to buy the collection from its aristocratic owners, the Torlonia family foundation tells The Art Newspaper that it is not discussing a sale with the state.

For decades, the 620 classical marble busts and statues remained unseen at the Palazzo Torlonia, the noble Roman family’s property on Via della Lungara. A selection of 92 pieces was recently restored with sponsorship from luxury jeweller Bulgari for public display in a landmark exhibition at the Capitoline Museums, which runs until 29 June. The show was hailed as the first step towards a new museum for the sculptures in Rome.

But as the end of the exhibition approaches, efforts to force the government to clarify its plans for the collection are gathering pace. Trafug’Arte, an investigative podcast series by the news channel Sky TG24, which aired an episode on the marbles on 30 April, obtained a series of photographs of the collection taken by Italian culture ministry officials in 2015-16, while cataloguing the works in storage. They are the first images of the Palazzo Torlonia storerooms to be published in more than 40 years—since a 1979 investigation by the magazine L’Espresso—and suggest that the sculptures have been neglected in dirty, damp conditions. 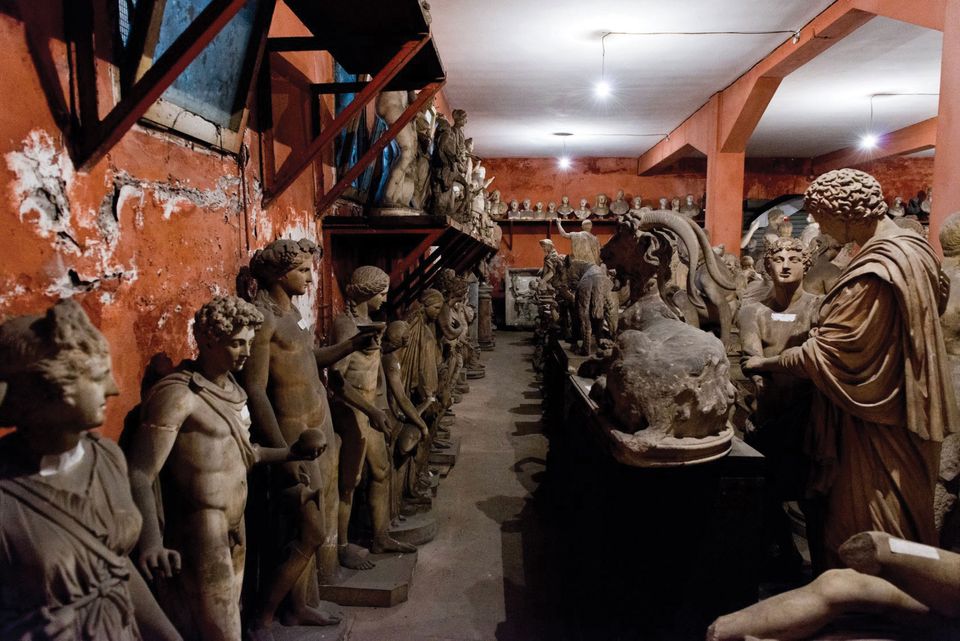 “The marbles were in a precarious state and stored in deplorable conditions without precautionary measures,” says a former culture ministry official, who saw the collection when he entered the store in 2015 and asked to remain anonymous.

Meanwhile, the art historian and politician Vittorio Sgarbi, who led attempts by Silvio Berlusconi’s government to open a Torlonia museum in 2001, tells The Art Newspaper he believes Italy should finally acquire the collection for the public. Estimating the trove to be worth €250m, he suggests that the government could use some of the €6.7bn in EU pandemic recovery funds that it has budgeted for culture and tourism.

The sculptures have been held at the Palazzo Torlonia since 1875, when Prince Alessandro Torlonia created a private museum. Largely inaccessible after the Second World War, the collection was moved into three rooms of the building in the 1970s by a descendant, Alessandro Torlonia, who converted the palazzo into apartments without planning permission. Following decades of negotiations with the state, the family formally agreed in 2016 to exhibit the works.

The breakthrough co-operation agreement between the Italian culture ministry and a new Torlonia foundation stipulated a “great exhibition” of the marbles in Italy, followed by an international tour. The deal also anticipated a new museum of the collection, to be housed in a suitable building identified by the two parties. 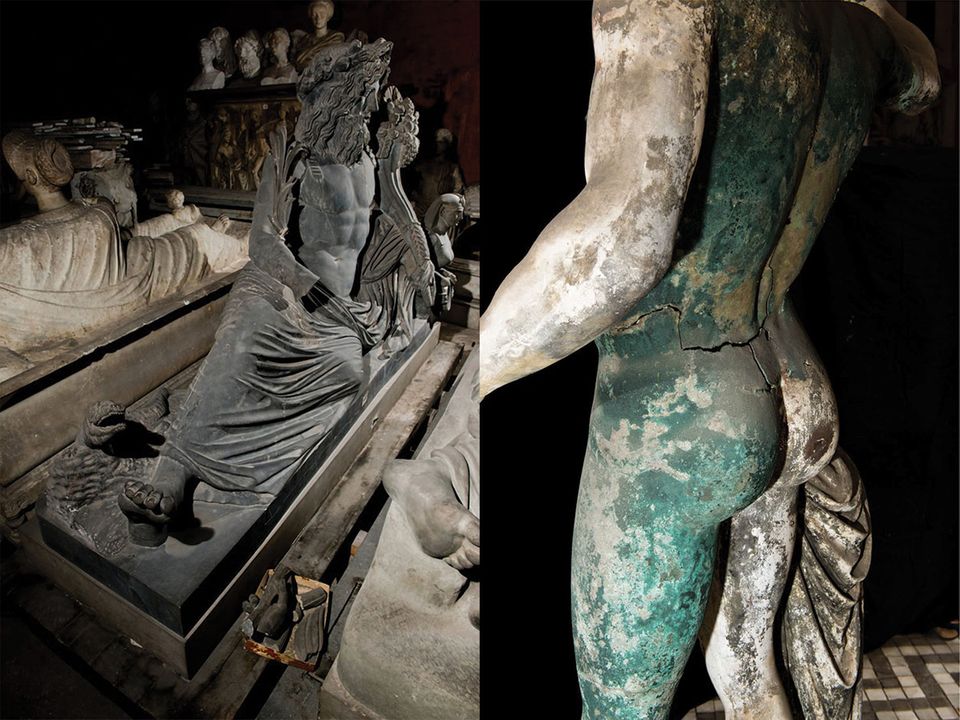 For decades, the Torlonia family's more than 600 classical marble busts and statues remained unseen at the Palazzo Torlonia on Via della Lungara in Rome Photo: Courtesy of Sky TG24/Corriere della Sera

Inaugurating the Rome exhibition last October, culture minister Dario Franceschini announced that the ministry had allocated funds to renovate the Palazzo Silvestri-Rivaldi near the Colosseum, which “could be the ideal place to host the Museo Torlonia”. But Margherita Corrado, an archaeologist and Italian senator, has claimed that the floors of the 16th-century building are not strong enough to support the weight of more than 600 marbles.

Massimo Osanna, the director of museums at the culture ministry, confirms in an interview that the €35m renovation is ongoing and that the floors will be reinforced. Structural issues could be resolved by installing most of the collection on the lower level and a small number of marbles across the upper floors, he suggests. Asked about the prospect of the state ultimately purchasing the collection, Osanna will say only that the idea is “very attractive”.

According to Alessandro Poma Murialdo, the head of the Torlonia foundation, the museum could still be located at the Villa Albani Torlonia, a property owned by the family that recently opened for guided tours.

In response to the alarming photographs of the marbles in the Palazzo Torlonia, Murialdo says that the works appeared discoloured due to surface dust that can easily be cleaned. Restoration on the remaining 500 pieces is continuing. “During the pandemic, which has enforced a slower pace of work, we have restored 20 of the marbles while ten new restoration projects are currently being studied,” he says.

Yet, according to the foundation, “there are no ongoing discussions about the possible sale of the works to the state”.

Plans for an international tour of the exhibition also appear to have stalled. Rumours that the J. Paul Getty Museum in Los Angeles would be a host venue are incorrect, the museum says. The Torlonia foundation also denies a BBC report that the collection will travel to the British Museum. A spokesperson for the Musée du Louvre confirms it had planned to exhibit the marbles this year, but says the tour has been indefinitely postponed by the Covid-19 pandemic.