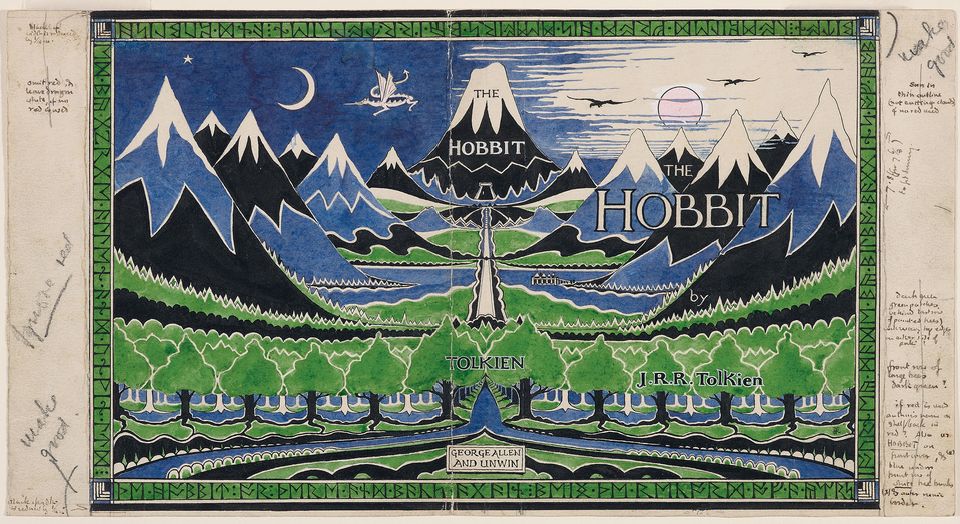 Dust jacket for The Hobbit The Tolkien Estate Limited 1937

An exhibition dedicated to the life and works of the author and artist J.R.R. Tolkien opening this summer at the University of Oxford’s Bodleian Libraries will feature original watercolours that the author painted while writing drafts of his classic fantasy novel The Hobbit.

The show Tolkien: Maker of Middle-earth (1 June-28 October) also includes unseen works by the writer including Linquë Súrissë (1960s), a drawing with a title in Quenya—an Elvish language developed by Tolkien—which translates as “grass in the wind”. While Tolkien died in 1973, The Hobbit, first published in 1937, has never been out of print.

Tolkien’s dust jacket designs and illustrations for bedtime stories are also included in the show. One of the more unusual discoveries is a page from the author’s sketchbook containing two paintings entitled Here (when you don’t want to go from here) and There (in an exciting place; both 1914). “The vivid abstract paintings entitled There and Here show Tolkien as a young student at Oxford finding his own artistic voice,” says Catherine McIlwaine, the Bodleian Libraries’ Tolkien archivist and the curator of the exhibition, in a statement. “They indicate that he was beginning to draw, not just what he could see, but what he could imagine.” 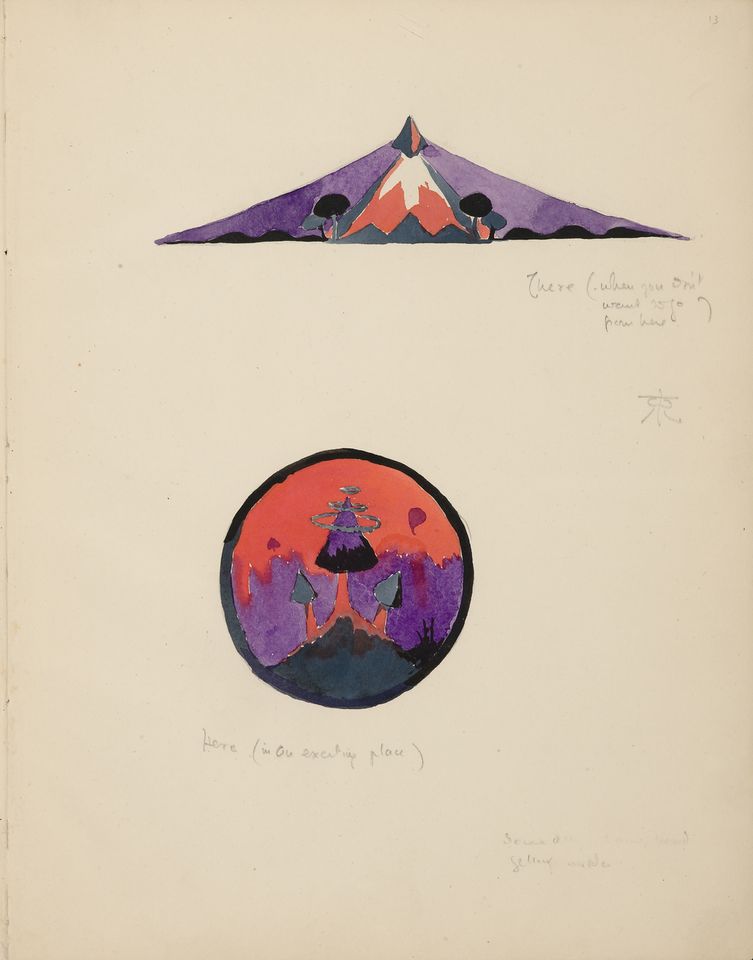 The show also focuses on Tolkien’s expertise in Old and Middle English (he was the Merton professor of English language and literature at the University of Oxford from 1945 to 1959). Draft manuscripts of his celebrated The Hobbit and original manuscripts of the three-volume sequel, The Lord of The Rings, will also go on display.

The Tolkien scholar Tom Shippey, professor emeritus at Saint Louis University, says that there is a substantial amount of material on Tolkien's paintings and drawings. “There's a book of them called Pictures by J.R.R. Tolkien, and they formed the basis for the cover art of The Hobbit. But I've seen the catalogue for the Bodleian exhibition and it is very ambitious and impressive. The Bodleian obviously has a great deal of material which has never been shown before, both manuscripts and artwork,” he says.