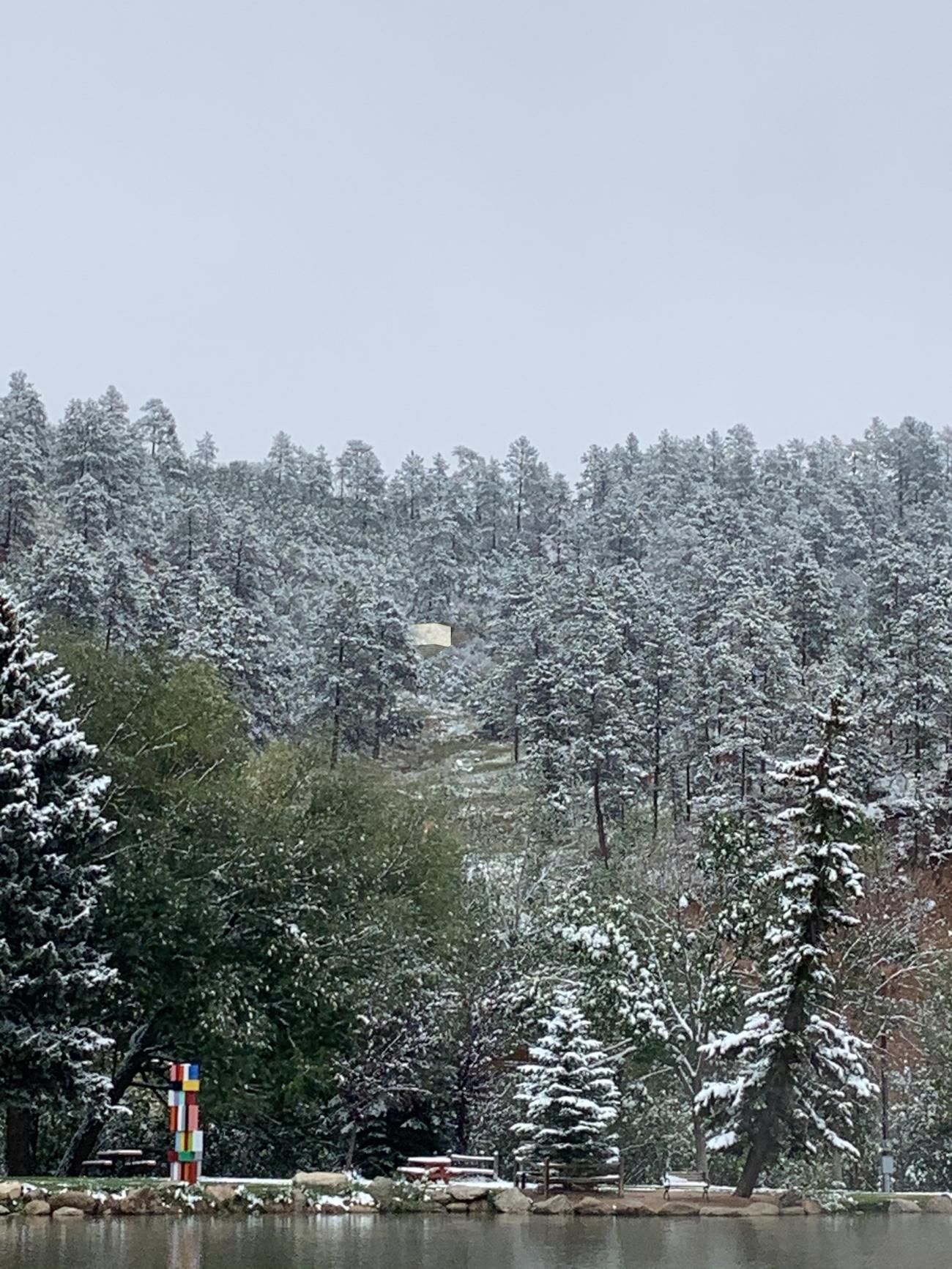 The American artist James Turrell will unveil a new Skyspace this summer in the foothills of Pikes Peak in Colorado. The work will be installed on a hillside in Green Mountain Falls, a bucolic town near Colorado Springs.

The work—one of more than 100 of the artist’s signature light chambers with ceiling apertures open to the sky—will be officially unveiled on 10 July and a series of public programmes are due to be announced in the coming weeks. It is being funded (for an undisclosed amount) by the Historic Green Mountain Falls Foundation, a non-profit organisation that supports the Green Box Arts Festival, an annual visual and performing arts event launched in 2009.

“The festival gained momentum throughout the years, and there were calls from locals to do something permanent that would fit into the look and feel of the town,” says Christian Keesee, the fonder of the Oklahoma Contemporary Arts Center who co-founded the festival with Larry Keigwin, the artistic director of the dance troupe Keigwin and Company. “Turrell is the pivotal American and Western artist and his work is very much about nature, so it was a perfect fit,” Keesee says.

The piece is around 27 sq. ft-wide and features a retractable roof to ensure that bears and other wildlife do not make dens in it during the winter months. It is being installed on land that was originally developed to fit a private residence and driveway.

“We’re planning to obliterate that driveway and replant the area, while the two trails leading to the work will be less than six-feet-wide and can accommodate wheelchairs,” Keesee says. “It will be an enhanced and more natural space than it is now when it’s completed; the mission is to not be an eyesore in nature.” 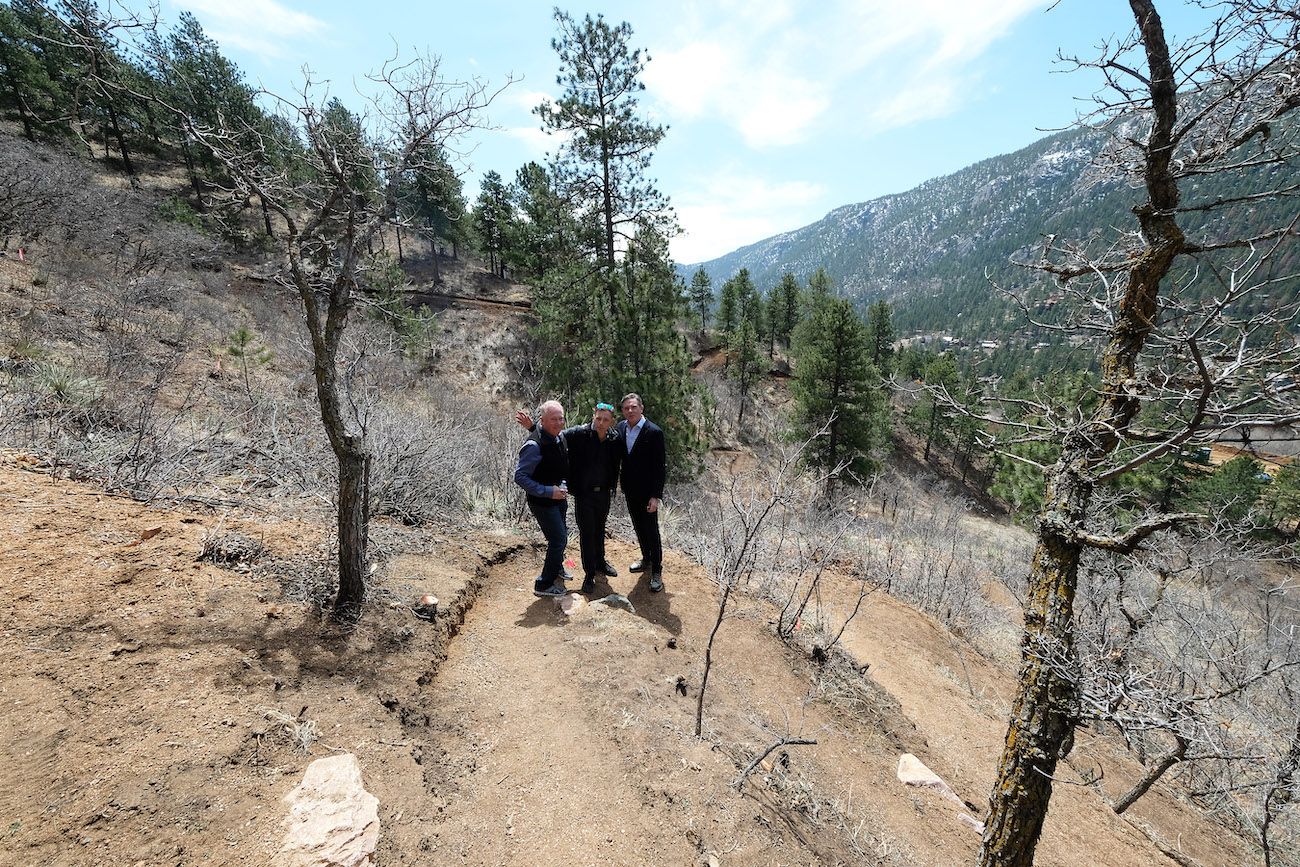 According to the organisers, Turrell has challenged the Green Mountain Falls community to join the International Dark-Sky Association, a grassroots network working to reduce light pollution worldwide. “The sky itself here is spectacular, like a painting that’s constantly scrolling past,” Keigwin says. “Turrell endorses the programme to ensure that future generations will be able to have a better experience when they look up at the night sky.”

Keesee and Keigwin visited Turrell’s “incredibly understated” studio in Flagstaff, Arizona, and describe the artist as “an approachable, inspiring individual who loves to talk about his work and celestial interests, like the stars and their relationship to us”, Keigwin says. “He was incredibly generous and ready-and-willing to collaborate in a location that resonates with his practice.”

Meanwhile, later this month, Turrell will inaugurate another Skyspace at the Massachusetts Museum of Contemporary Art (Mass Moca) in North Adams as part of his multi-decade, long-term retrospective at the museum. A vacant water tank on the museum campus has been transformed into a free-standing circular installation, and is now one of the largest of the Skyspace works to be shown in the US.

Mass Moca will also hold a coinciding exhibition of Turrell’s lesser-known ceramic works titled Lapsed Quaker Ware, until 30 October. Turrell made the rarely exhibited series, which reflect on his Quaker upbringing and the religion’s influence on his work, in collaboration with the artists Nicholas Mosse and Bill Burke in the late 1990s. A more expansive show of the ceramic works—comprising table settings, candlesticks, salt and pepper shakers and other objects—will be on view at the nearby Hancock Shaker Village.