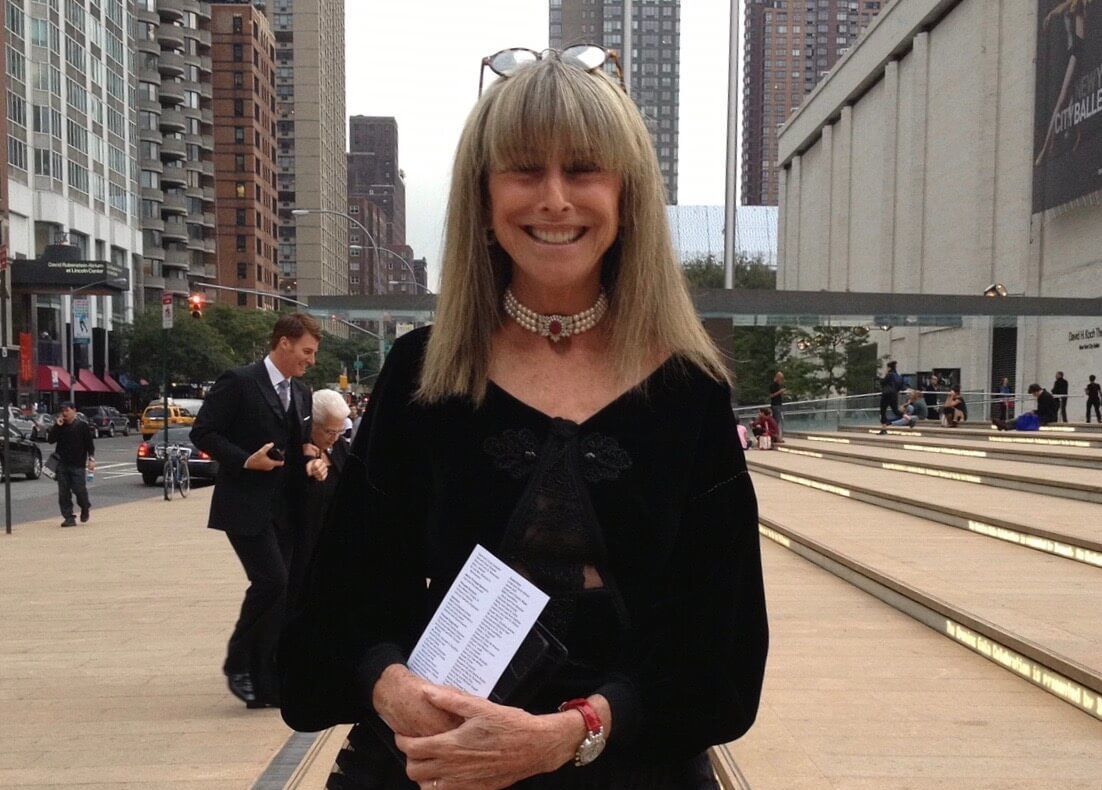 Arts patron Jane Walentas who, along with her real estate developer husband David Walentas, is credited with shaping New York’s Dumbo neighborhood, died this week, aged 76. The crown jewel of Walentas’s contributions to the now trendy creative district is the restored 1922 carousel installed in Brooklyn Bridge Park. Known as Jane’s Carousel, Walentas and her husband purchased the original carnival ride in 1987 at an auction in Youngstown Ohio for $385,000, and Jane spent the ensuing decades personally and meticulously restoring it—notably using an X-Acto knife to remove old paint. Jane’s Carousel opened to the public in 2011, and today a ticket to ride one of its 48 hand-carved horses costs $2.

Jane Walentas graduated with a BFA in advertising design from Moore College of Art & Design in Philadelphia in 1966, and then worked at cosmetics firm Estée Lauder, where she became creative director. She received a master’s degree in printmaking from New York University in 1984. “I decided to restore the carousel only after I interviewed people to take on the restoration job and totally disagreed with the process most were using,” Jane said in a 2014 interview. “I actually worked on it for more than 25 years in a big drafty studio on Washington Street in Dumbo. For the first 10 years, I worked with just the help of a carpenter. When we moved to Dumbo, I enlisted the help of a local artist who helped me continue to scrape the paint down to the original layer. In 2007, I was ready to hire more staff, begin to paint and finalise the restoration.”

In the 1980s, David Walentas purchased the majority of the Dumbo neighborhood—the acronym stands for “down under the Manhattan Bridge overpass”—for $12 million, and he and Jane worked to keep the arts in the neighborhood. Jane was also the executive director of the Sharpe-Walentas studio programme, which awards 12-months of free studio space in Dumbo to 17 artists annually.

“Jane was the heart, soul, and total embodiment of the Sharpe-Walentas Studio Programme [which] has nourished endless great artists,” says Phong Bui, a member of its advisory board and the publisher and artistic director of The Brooklyn Rail. “Jane's passion and admiration for the arts and humanities made the Sharpe-Walentas programme the greatest example of an artist's residency on the East Coast, if not the whole country. Her spirit will live on.”

Jane also often offered discounted studio space in buildings owned by her husband’s company, and David frequently subsidised rent for arts endeavors in the neighborhood, including for galleries like Smack Mellon and the St Anne’s Warehouse theater.