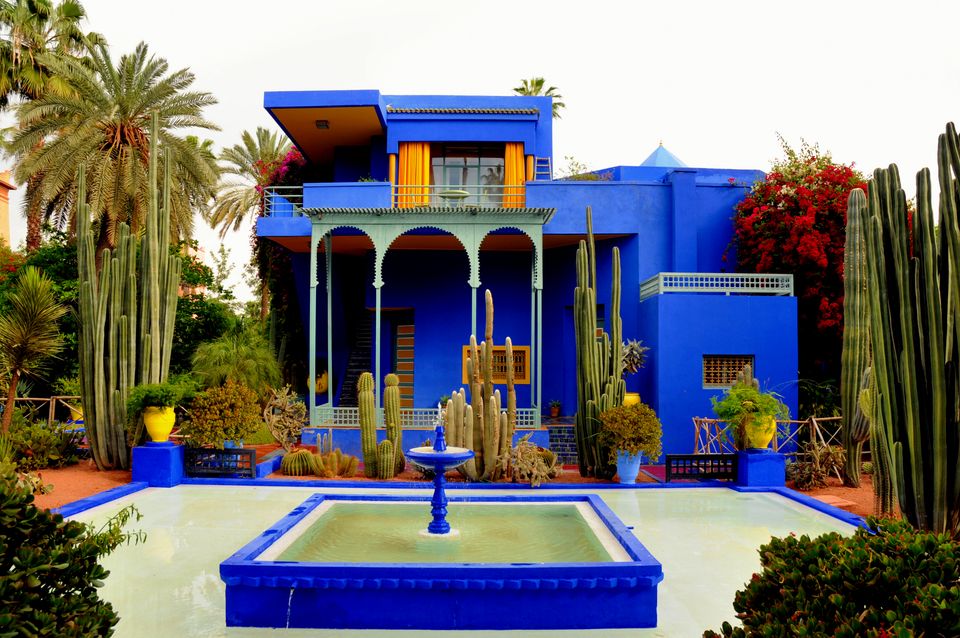 The Jardin Majorelle in Marrakech, created by the painter Jacques Majorelle in the 1930s and bought by Yves Saint Laurent and his partner Pierre Bergé in 1980

The Paris Court of Appeal has ruled that the Fondation Pierre Bergé-Yves Saint Laurent can continue using the company name Jardin Majorelle for the lush Marrakech garden that the French couturier and his partner bought in 1980. After Saint Laurent died in 2008, Bergé donated the garden to the foundation in Paris that preserves his legacy. The court ruling is the latest twist in a legal dispute between the foundation and Michel Pidancet, the grandson of the second wife of the French painter Jacques Majorelle, who created the garden in the 1930s.

In April 2012, Pidancet applied to register Majorelle’s signature and full name as trademarks, with a view to founding a museum in tribute to the Orientalist painter. The Morocco-based company Jardin Majorelle—which manages the two-and-a-half acre garden of cacti and exotic plants as a tourist attraction—opposed Pidancet’s application because it had previously registered both the Majorelle and the Jardin Majorelle trademarks. In April 2013, Pidancet took the company to court.

The lawsuit sought to affirm his status as copyright holder, to show that the trademarking of the Majorelle name was harmful to the painter’s memory, moral right and reputation and to get the company Jardin Majorelle as well as the Fondation Pierre Bergé-Yves Saint Laurent to give it up. The defendants countered that Pidancet and his mother Jacqueline Hamann, who backed him in the suit, were not direct descendants of the late painter.

After losing that case, Pidancet and Hamann launched an appeal in 2015. On 20 November, the Court of Appeal ruled once again in favour of the foundation and the company Jardin Majorelle. The court said Pidancet and his mother’s request to cancel the trademark was not admissible because they do not share Majorelle’s name or DNA.

“It is surprising that such a decision was reached, without taking into consideration Mr. Pidancet and his mother’s moral right and copyright ownership,” says their lawyer, Julie de Lassus Saint Genies. “The court won’t pronounce on the matter. The court is literally sitting on a fence.” The foundation’s lawyer, Emmanuel Pierrat, who was not immediately available for comment, sent a misleading statement to press, implying, for example, that the court ordered Pidancet and Hamann to pay the defendants €60,000 in damages, although this sum in fact refers to legal fees.

“With such fees, we are facing an elitist kind of justice,” Pidancet says. “This press release is a lie and proof that the richer party thinks they can do whatever they want.” He is now considering appealing to the Cour de Cassation, France’s Supreme Court.

In October, Pidancet won a case against the company Jardin Majorelle, which took him to court in Marrakech to contest his trademark Villa J. Majorelle. The Commercial Court of Marrakech, however, rejected Pidancet's request for trademarks registered by Jardin Majorelle to be cancelled. The company has appealed the decision on the Villa Majorelle trademark, but a date for a court hearing has not yet been set.

Pidancet has also filed another suit against the Fondation Pierre Bergé-Yves Saint Laurent for dedicating the inaugural exhibition of the Yves Saint Laurent museum in Marrakech to Jacques Majorelle in October 2017 without consulting with him and his mother.

CLARIFICATION: This article was updated on 28 November to include more detail about the Commercial Court of Marrakech decision in October and Jardin Majorelle's ongoing appeal.