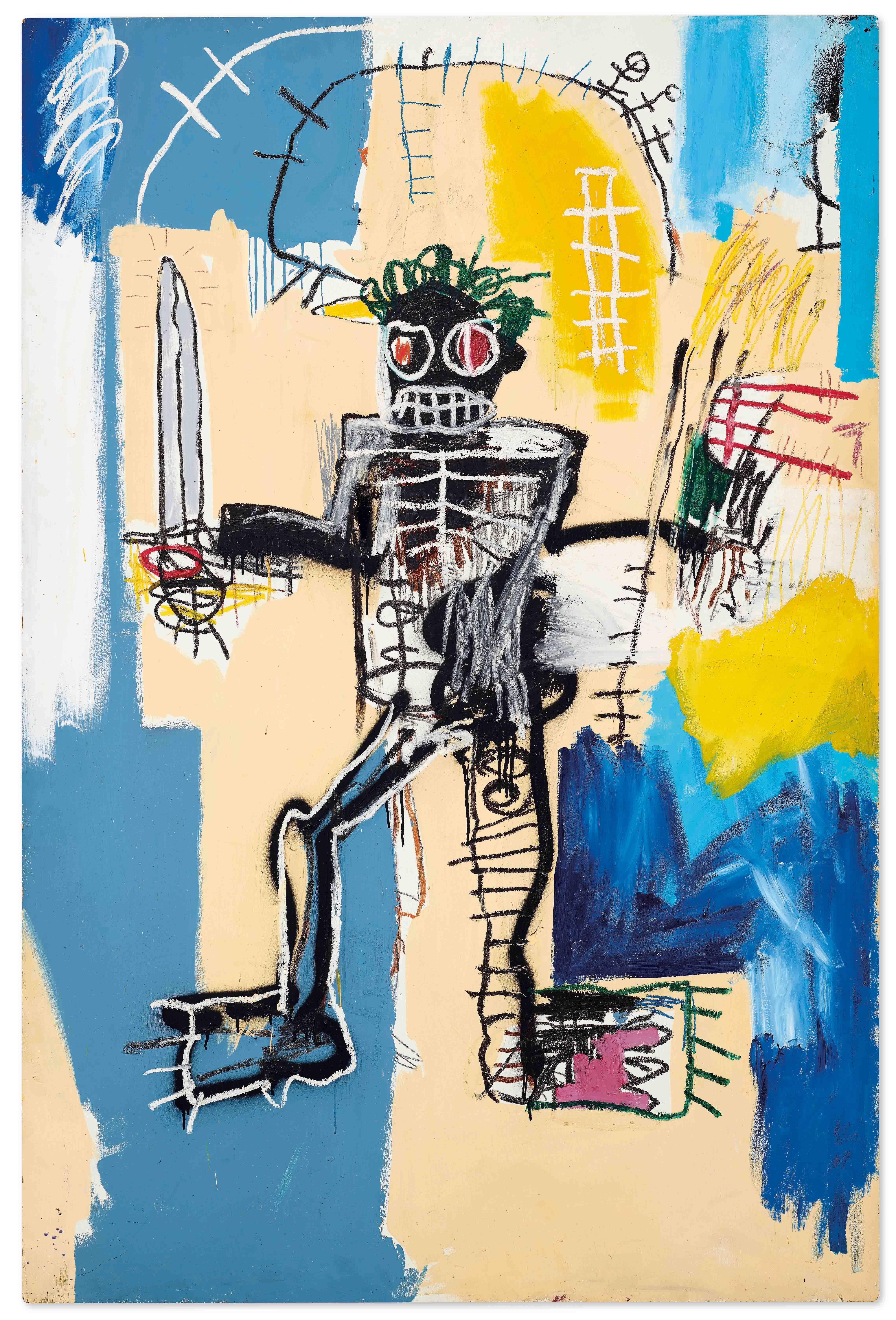 Jean-Michel Basquiat's Warrior (1982) has just become the most expensive Western work of art to be sold at auction in Asia, selling for a low-estimate HK$280m (HK$323.6m/$41.7m with fees) at Christie's in Hong Kong.

However, the work only notionally sold in Asia, as although it was sold in Hong Kong dollars, the auctioneer Jussi Pylkkänen was in fact on a rostrum in London, where the rest of the ensuing 20th Century Art Evening Sale then took place.

Offered in a single-lot live-streamed sale, the painting was estimated to make HK$240m to HK$320m (US$31m-$41m) and had been guaranteed by a third party.

Basquiat's Warrior, depicted full-length and brandishing a sword, is considered semi-autobiographical and dates to the artist's most innovative and desirable period. This version was first exhibited at Akira Ikeda Gallery, Tokyo, in 1983, and was included in the 2019 exhibition Jean-Michel Basquiat at the Brant Foundation Art Study Center in New York City.

"This—1981-1982—is the best period for Basquiat, undoubtedly," says Cristian Albu, Christie’s co-head of post-war and contemporary art, told The Art Newspaper before the sale. "If you look at the top ten records, nine out of ten are from 1981 to 1982. The energy of his work was at its peak. And it is a rare to have a large one like this."

He added: "If you look at La Hara [now in a London private collection], which we sold for $34.9m [with fees] in New York in 2017, it was from the same period, of the same dimensions, it had the same rawness about it, the same reality about what was happening in New York in 1981-1982. So, historically this work is very important."

The idea of selling the work in Hong Kong came off the back of Christie's New York Hong Kong relay sale in December, when 17 new records were set for artists in Hong Kong. "Because traditionally March is a London season, we decided to continue that idea of using different locations," Albu said. "The vendor loved the idea of having a Hong Kong component selling the Basquiat linked to the London season. Clients love seeing these new ideas and bringing together locations and clients from the US, Europe and the US...I see a growing appetite in Asia to put together works from the East and West. Why not put a Basquiat with a Sanyu?"