The New York City Aids memorial, incorporating a text piece by the American artist Jenny Holzer, has been officially unveiled in the West Village and is expected to open to the public by the end of December. The landmark—commemorating men, women and children who lost their lives to Aids—is located near the former St Vincent’s hospital where a special ward opened in 1984 for people with HIV.

“Excerpts from Song of Myself by Walt Whitman [first published in 1855] are the text on the granite paving stones. The Whitman poem is a beauty from a man in full and glad possession of his body,” Holzer told The Art Newspaper last year. An app, which is linked to the new text installation, is still being developed. 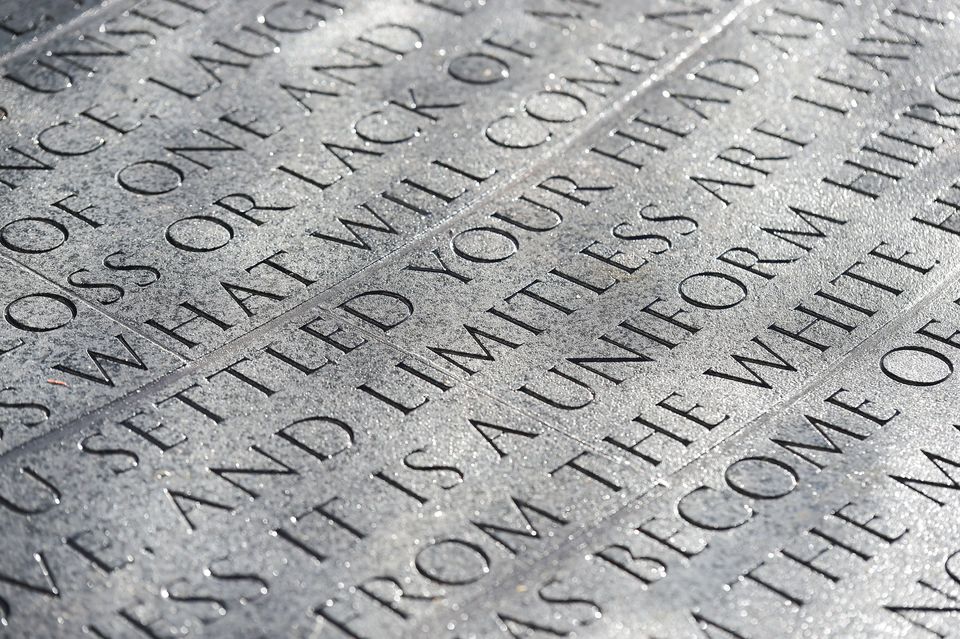 “Excerpts from Song of Myself by Walt Whitman are the text on the granite paving stones. The Whitman poem is a beauty from a man in full and glad possession of his body,” Jenny Holzer told The Art Newspaper last year

The New York-based urban planners Christopher Tepper and Paul Kelterborn launched a campaign to build the monument in 2011. The memorial, which incorporates an 18-foot high canopy structure, is designed by the Brooklyn-based architecture practice studio ai. It is the centrepiece of a new public park developed by the Manhattan-based company Rudin Management called the “New York City AIDS Memorial Park at St Vincent’s Triangle”.

While the memorial was unveiled on 1 December, in a ceremony attended by Mayor Bill de Blasio and city councilman Corey Johnson, who is HIV-positive himself, the park remains closed to the public. The final components of the memorial—a line of large granite benches along two sides of the site—are due to be delivered and installed before the end of the month.

The cost of the structure, including an endowment for maintenance, is more than $6m; around $4m came from city and state sources, with the remaining funds provided by private donors.

“We are proud to remember the 100,000 New Yorkers who have died from Aids and offer the community a place to remember, reflect and learn,” says Keith Fox, the chairman of the Memorial organisation’s board of directors.