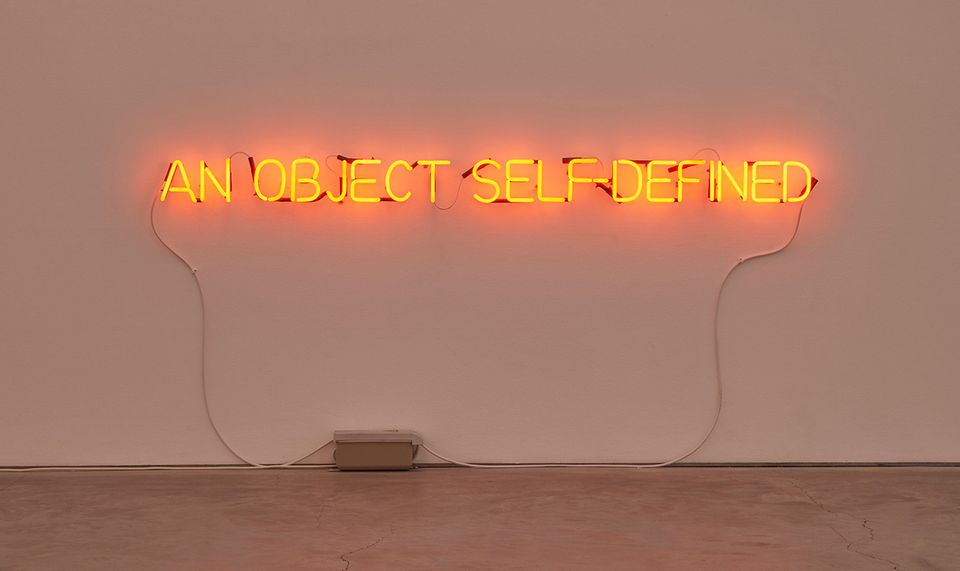 The first survey in Australia of work by the US artist Joseph Kosuth opened this month at the Anna Schwartz Gallery in Melbourne. The show includes 19 works selected from across Kosuth’s career.

Joseph Kosuth was a mere 24 years old when he penned the influential Conceptual art text Art After Philosophy (1969). Its publication catapulted the US artist into a vanguard that included Sol LeWitt, Donald Judd, Robert Morris and Daniel Buren.

In the late 1960s the US was deeply divided. Anti-Vietnam War rallies were a regular occurrence, and an entire generation demanded widespread social change. Clement Greenberg, the conservative art critic, became a target for up-and-coming artists.

Greenberg reduced “everything but formalist art to novelty art. Yeah, well, who wouldn’t be angry? It was stupid and it was wrong,” Kosuth tells The Art Newspaper.

In Art After Philosophy, Kosuth railed against the formal qualities of the art object and championed an art-as-idea argument. The impact was immediate and far-reaching. “When Clement Greenberg came to Saint Martin’s [art school in London] to give a lecture, there were some students that fixed some speakers on the roof and read my text over his lecture,” Kosuth says. Kosuth sensed he was on to something, and in 1969 inserted Conceptual art text pieces in several newspapers around the world, including The Herald in Melbourne. 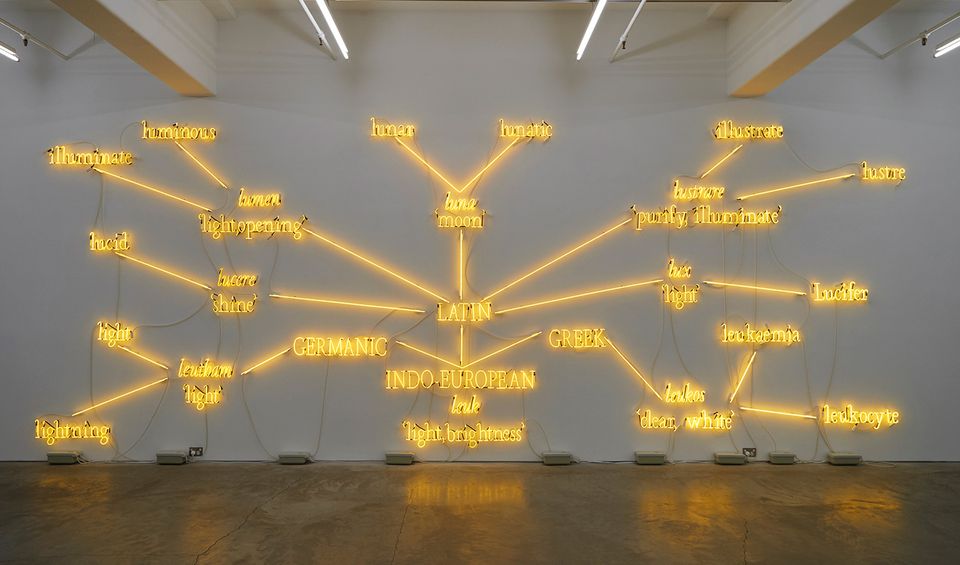 The exhibition, part of the Melbourne International Art Festival, of which Kosuth is a guest, takes up two floors of Anna Schwartz Gallery. Seventeen works in neon and one lightbox buzz away in a large white-walled downstairs gallery, while a single wall-mounted neon work from his Etymological Series—W.F.T. #1 [Yellow] (2008)—occupies the entire upstairs gallery.

The three earliest works in the exhibition—Neon (1965), Five Fives (to Donald Judd) [Ruby Red] (1965), and Self-Defined Object [Orange] (1966)—are among Kosuth’s first forays into the commercial lighting medium of neon for which he is now best known.

Neon, a gas in constant flux that is unable to bond with other molecules, is a near-perfect medium for Kosuth’s art. The proposition that art is a question that can never be answered has afforded Kosuth a seemingly endless investigation into what art is: “The question about art is about why, not how,” he adds.