The painting, estimated to bring $30m, is a key lot in the auction house's upcoming evening sale in New York; plaintiff vows to appeal 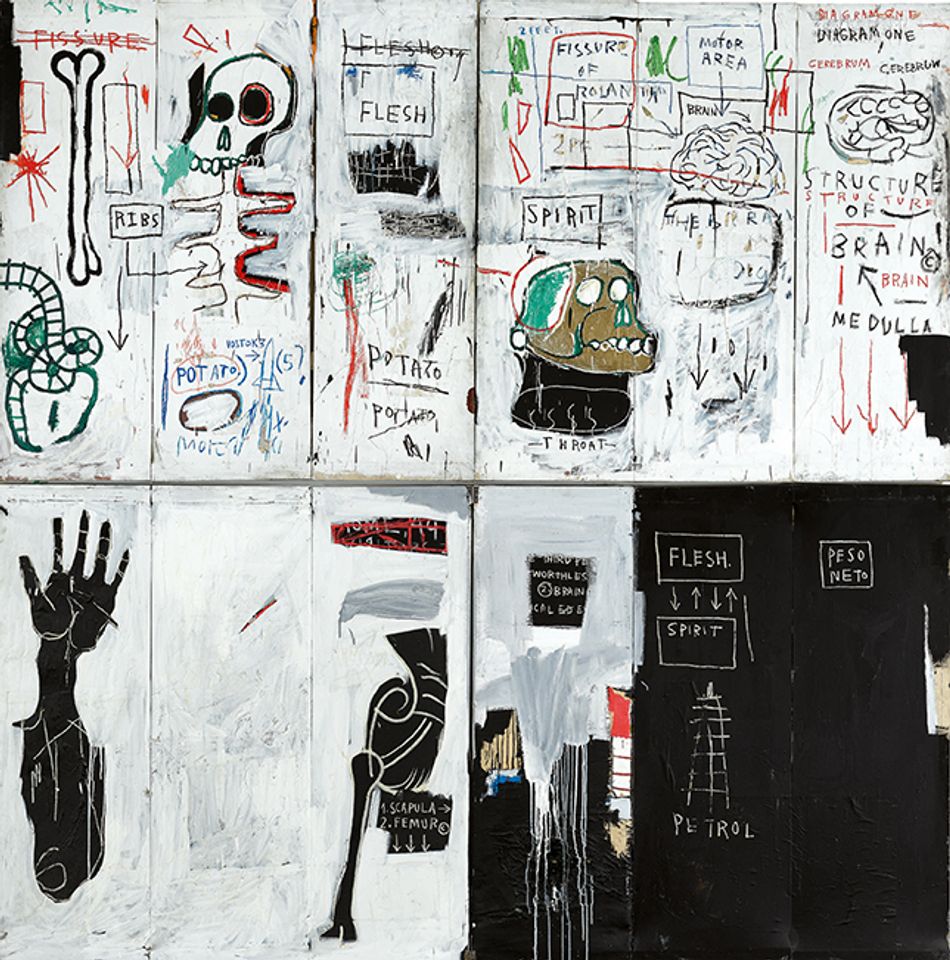 The New York State Supreme Court on 7 May denied an injunction sought last week by collector Hubert G. Neumann to block Sotheby’s from offering a Jean-Michel Basquiat painting from his late wife’s estate. The work, titled Flesh and Spirit (1982-83), is to be offered in the auction house's 16 May evening auction of contemporary art.

Estimated at $30m, the 12 ft by 12 ft diptych was owned by Dolores Ormandy Neumann, an early patron of the New York graffiti artist, until her death in September 2016. A will completed shortly before the end of her life granted the bulk of her assets to the couple’s middle child, Belinda, who was also named the executor of her estate. Hubert Neumann was left out entirely and he has challenged the validity of the will. While Neumann does not claim that he owns the Basquiat painting, he believes that as a surviving spouse he has a statutory right to one-third of Dolores’s estate under New York law.

The complaint filed on 3 May, however, turns on whether or not Sotheby's had breached the terms of an agreement with Neumann to sell his formidable collection of 20th-century art. It states that in March 2015, Neumann entered into a selling agreement with Sotheby’s that remains in effect through April 2019 and grants him approval on “all matters relating to cataloging, placement, and exhibiting each and every work consigned” from the Neumann Family Collection. According to correspondence filed as part of the lawsuit, the firm's generous proposal also offered Hubert 108% of the proceeds for lots sold for more than $5m at the hammer. (A spokeswoman for Sotheby's notes that this correspondence was the basis for, but does not constitute, the firm's contract with Neumann.)

With the work by Basquiat—which was consigned by Belinda—Neumann claimed that Sotheby’s exploited “a difficult family situation” and violated his agreement “in spectacular fashion”. As part of his challenge to the sale, Neumann alleged that the auction house had “thoroughly botched” the marketing of the work, failing to draw adequate attention to such features as its “hinged construction” and “deep art-historical significance.” Furthermore, he charged, the $30m estimate was too low, given that the auction house last year sold another Basquiat from the same period, Untitled (1982), for $110.5m to the Japanese collector Yusaku Maezawa.

However, the attorneys for Sotheby's from the firm Cahill Cossu Noh & Robinson argued that the Basquiat had never been controlled by any family collection, and that its contract was with Belinda Neumann, not her father. They also rebut Neumann's claim that the painting's appreciated market value should be factored into his share of Dolores's estate: such value is fixed at the date of death, and surviving spouses are not entitled to any specific property. "Accordingly," they write, "Neumann cannot claim that a portion of the Painting is included in his elective share of the Estate, nor can he include the appreciation of the Painting in his calculation to determine his net one-third share."

In a statement provided by his lawyer, Andrew G. Celli, Jr, Hubert Neumann said: "Flesh and Spirit is an American treasure...I will happily sacrifice my entire economic interest in the painting to ensure that it becomes available for study and public exhibition." Celli adds, "Sotheby's broke its word to Hubert Neumann and prioritized short-term profit and prestige over its contractual obligations and doing the right thing." They plan to file an appeal on 9 May.

The auction house issued the following statement in response to the decision: "We are pleased that the court found that Mr. Neumann’s claims are baseless and that next week’s auction should go forward unencumbered. We are looking forward to a successful sale on 16 May."