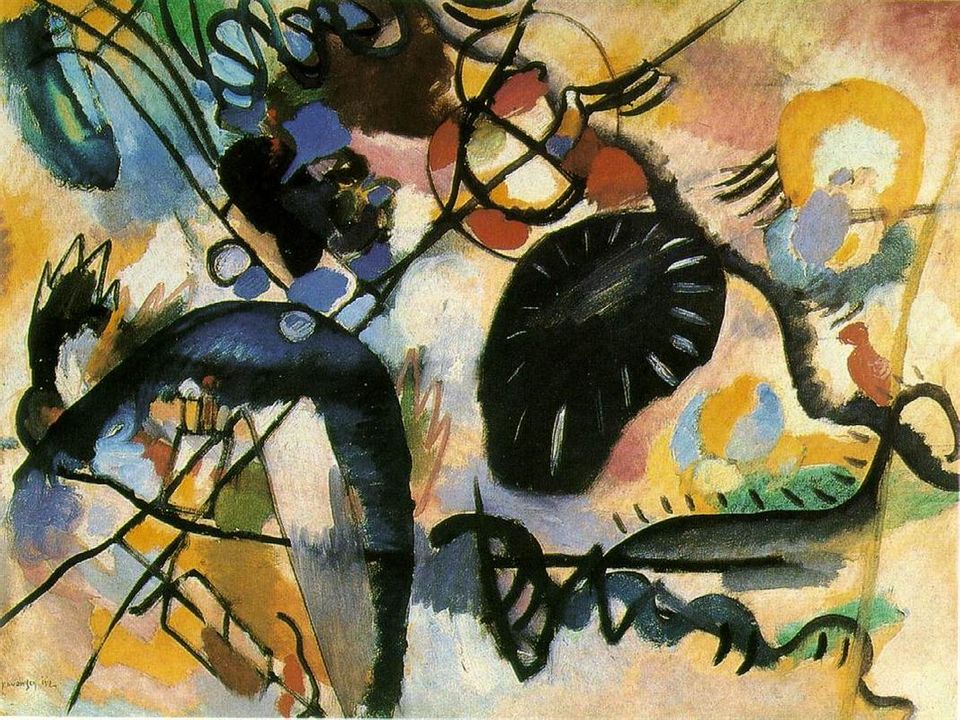 Nineteen paintings by Wassily Kandinsky from St. Petersburg’s State Russian Museum will be presented in Riyadh during Vladimir Putin’s visit to Saudi Arabia, which begins today, the Russian Direct Investment Fund (RDIF) has announced. They will be presented at the King Fahd Cultural Centre as part of the “Russian Culture in Riyadh” programme that is being launched during Putin’s first visit to the kingdom in 12 years. The month-long programme also includes an exhibition about art and artificial intelligence, a light-projection show, and events around Russian cinema and opera.

“The interest shown in Russian abstract art by the forum’s participants resulted in a request for a more extensive exhibition in Saudi Arabia by the State Russian Museum,” RDIF said in a statement.

Kandinsky in Russia (until 14 November) will present works from the artist’s early period, influenced by folk art from the Russian North and “several works from his ‘revolutionary’ period, in particular Black Spot (1917) and Picture with Points (1919)”.

The meeting will be watched especially closely due to explosive Middle East tensions, including between Iran and Saudi Arabia and Russia’s growing influence in Syria as US troops pull out of the Kurdish north which is fighting off a Turkish offensive.

In an interview with Arab-language channels on the eve of his Saudi trip, Putin said Russia does not plan to play one country off against the other and will “nurture relations” with the entire region. “[The Middle East] has always appealed to Russia with its enigma, culture, opportunities and potential,” he said.

Culture officials have been nurturing ties as well. Russian and Saudi officials have been exploring the possibility of a State Hermitage Museum satellite in the Gulf state. Mikhail Piotrovsky, the museum’s director and an Arabist, was a member of the Russian delegation at “Davos in the Desert.” An RDIF spokesman told The Art Newspaper that Piotrovsky will be participating in this trip as well.