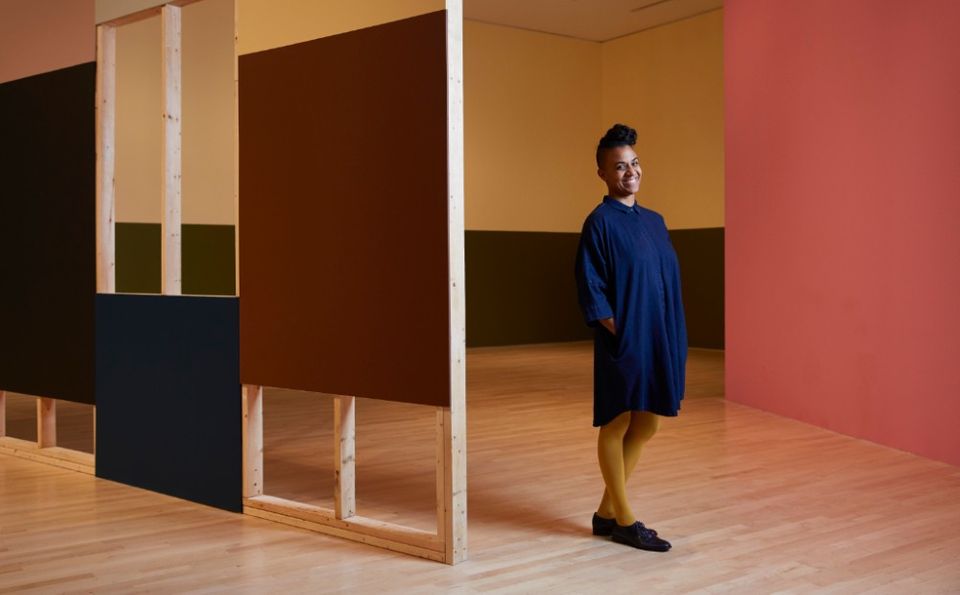 The rising art star Kapwani Kiwanga has won Canada’s highest annual art prize Wednesday night, the Sobey Art Award. The prize, which recognises Canadian artists under the age of 40, was doubled this year to C$100,000, and each of the four runners-up received $25,000.

Kiwanga, a native of Hamilton who now resides in Paris, was representing the Canadian region of Ontario in the prize-running. The versatile artist, who works in video, installation, sound, performance and sculpture, was obviously moved at the National Gallery in Ottawa prize-giving Wednesday night (14 November), calling the award a “humbling encouragement”. She also paid tribute to those who have helped her along the way, saying: “I am thankful to all those who have believed, encouraged, supported, called into question, trusted, taken issue, pushed, shared, disputed, and cared.”

Kiwanga has an interesting background, having studied anthropology and comparative religion at Montreal’s McGill University. Earlier this year, she was named winner of the inaugural Frieze Artist Award, which carries a prize of $30,000 (US).

The four other finalists for the award were Jordan Bennett, from the Atlantic region; Jon Rafman from Quebec; Joi T. Arcand, from the Prairies and the North; and Jeneen Frei Njootli from the West Coast and Yukon.